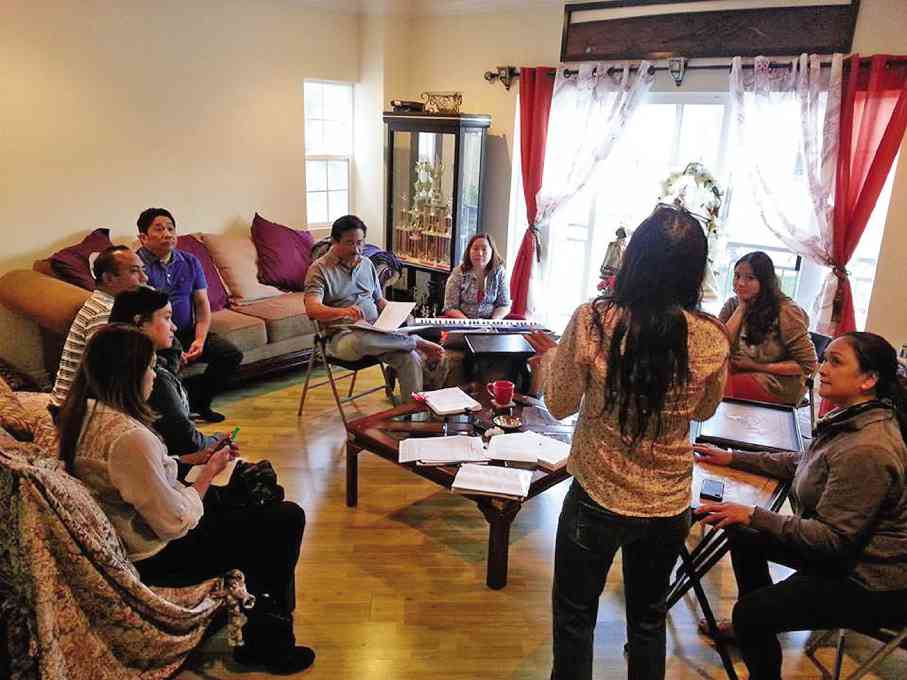 Teatro Pilipino USA is staging a one-night-only performance of the musical “Noli Me Tangere” in Los Angeles this August, with the English supertitles provided by Palanca-award winner Chynna Roxas.

Music is by Ryan Cayabyab and libretto is by National Artist for Literature Bienvenido Lumbera. The world premiere was directed by Nonon Padilla, founding artistic director of Tanghalang Pilipino, in 1995 at Tanghalang Aurelio Tolentino of the Cultural Center of the Philippines.

TP also toured the musical in Japan and Malaysia. For its US premiere, Olga Natividad, a former actress with TP now based in Los Angeles, is directing.

“I am restaging Nonon Padilla’s original direction because I think his version is definitive in terms of this adaptation. To do it otherwise is like redoing a Hitchcock classic and failing to surpass it. Stick to Nonon’s opus na lang.”

Natividad was part of the ensemble of the original staging, aside from portraying lead and character roles in many other TP productions. She has acted for New York-based companies such as Theater Workshop Company, Sanford Meisner Theater, Diverscity Theatre and Ma-yi Theater Company.

“We’ve asked permission from the original creators to restage it the way it was, including Edna Vida’s choreography. We will also be using the set and costume designs of the late Salvador ‘Badong’ Bernal, National Artist for Theater Design. We borrowed the original costumes from Tanghalang Pilipino.”

Two Filipino performers now based in the US are playing the lead roles. Miguel Vera is Crisostomo Ibarra, a role he reprises from Manila restagings of the show. Vera was part of the ensemble in the West End staging of “Miss Saigon” and has also performed in other TP productions.

His children with actress Ai-Ai delas Alas, Sophia Andrea and Sean Niccolo, are part of the ensemble.

“This is a family affair. Lahat sila are part of the play,” says Natividad, laughing.

Coloratura soprano Maria Cristina “Kit” Navarro plays Maria Clara. A graduate of the Philippine High School for the Arts (Theater Major), she has a Bachelor of Music Major in Voice degree from University of the Philippines and a Diploma in Musical Theater Studies from Biel Conservatory, Switzerland. She was a former member-soloist of the Philippine Madrigal Singers and the UP Filipiniana Dance Group.

“We have Nenen Espina, who was Cayabyab’s assistant musical director. We have Angela Garcia as Sisa, Ariel Dayanghirang as Salvi, Joji Isla as Damaso,” says Natividad. “Some of the cast performed in the original production or in the touring productions or in non-Padilla stagings. Not only is it a wonderful reunion, but now, they are passing the baton to the new cast of ‘Noli.’

“If ‘Noli’ becomes successful, TPU plans to produce more Filipino plays. The one-night show is meant for potential showbuyers and producers. They are interested in touring the show to other states, but we can’t seal the deal until they really see it. We want to give them an alternative form of entertainment.”

TPU will be performing “Noli” in Tagalog but will have English supertitles because “we considered our audience and not all of them are Pinoys,” says Natividad. “Also, some of our cast members, especially the kids, do not really understand Tagalog, partly because it’s deep Tagalog.”

Natividad says of directing the young Filipino-American actors born in the US or those who relocated there while very young: “The Fil-Am kids are very receptive. They couldn’t understand the language so basically they take visual cues and music cues, but they’re trying their best to learn the language. The translation helps.”

“I was really scared when Olga first contacted me,” says Roxas, a former stage manager with TP now based in Guam. “I’d done translations and adaptations before, but nothing ever like this: A National Artist’s interpretation of a National Hero’s novel! I hope that I was able to stay faithful to and give justice to their works.

“I took time in reading and researching. I also consulted Jovy Peregrino, a Filipino teacher. I asked permission to do adaptations at some points because I’m scared I might lose the beautiful poetry of Lumbera’s libretto if I do direct translations.

“I felt that I had to make the English translation poetic as well, especially with the songs’ lyrics, but I veered away from making it too flowery or complex because it should be understandable by audiences who have never heard of the novel.