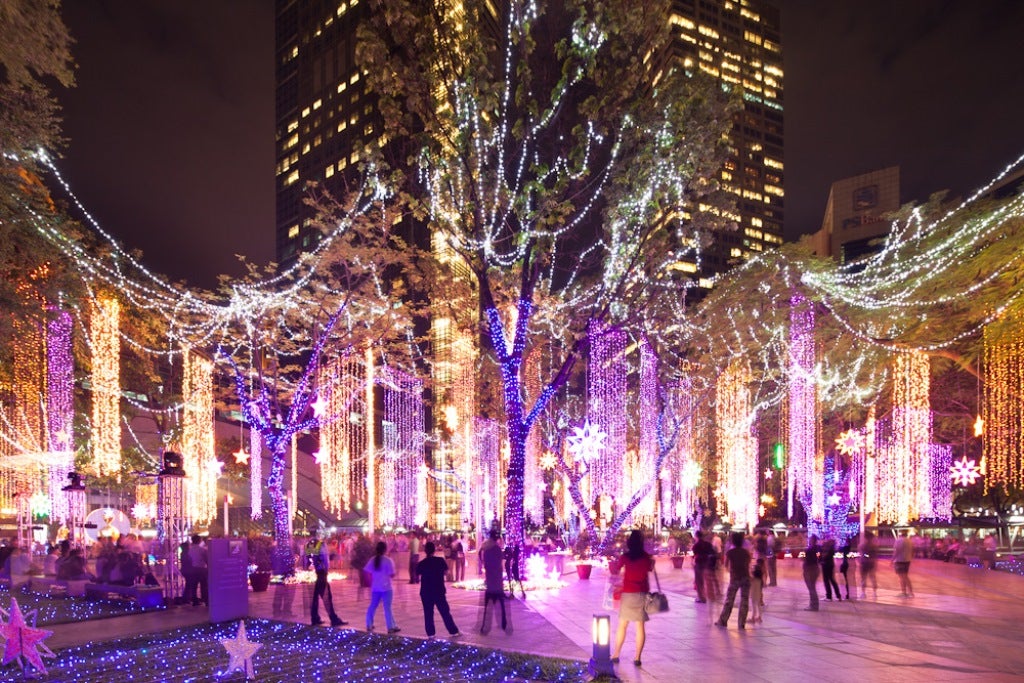 MANILA, Philippines—The business capital of the country has evolved into a great city where business, lifestyle, entertainment and culture flourish effortlessly.

“What you have in Makati is a work and life balance,” says Mel Ignacio, Assistant Vice President of Ayala Land. The idea of work-and-life equilibrium also appeals to other Filipinos which is why two years ago, via the Make It Happen, Make It Makati campaign, Ayala Land announced its plans to invest P60 Billion pesos in the development of six nodes in Makati. “We embarked on the development of six nodes because we wanted to cater to a broader market base.”

The goal was to create a premier environment not just for business. Makati, true to its being the leading city in the country, made it all happen. The vibrant and distinct nodes are: a Transport Hub that makes every destination in Makati fast and convenient, McKinley Exchange; a Lifestyle Cosmopolitan Hub where you can indulge on a wide range of shopping & dining experiences, Ayala Center; a Business Hub hosting the country’s movers and shakers & nurturing future leaders, Makati Central Business District; an Urban Oasis where people relax, connect, and converge, Ayala Triangle Gardens; a Young & Creative Hub where you can unleash your passion and creativity, City Gate; an Entertainment Hub where something amazing is always on, Circuit Makati.

Ayala Land will continue to invest in Makati to ensure it is fresh and relevant. Makati will have even more world-class developments, new spots, varied options and exciting events, all made possible by adding another P65 Billion to the already committed P60 Billion in 2012.

Ayala Center: enhancing the lifestyle in the city

Branded as the lifetyle cosmopolitan hub of Makati, Ayala Center currently offers an infinite array of shopping and dining options. Of late, the district has become even more mixed-use with the development of the three big hotels, Fairmont Hotel, Raffles Suites and Residences, Holiday Inn and Suites, and premier residences such as The Residences of Greenbelt, Park Terraces, and Garden Towers.

The phase two of the Ayala Center redevelopment will start beyond 2015 and be a lot grander than phase one. This will comprise of an expansion of retail spaces, two brand new hotels including Ayala Land’s Seda, two office towers, and a public transit terminal. Moreover, Ayala Center will have a new business convention facility that will be at the heart of phase two. With a plan like this, it is apparent that Ayala Center will evolve to something much more exciting than what it currently offers.

Ayala Triangle Gardens: Masterplan at the North Tip of the prime oasis

Dubbed as the urban oasis of Makati, Ayala Triangle Gardens is where people come to celebrate and share experiences like the city’s two signature events Makati Independence Day and Christmas Lights and Sound Show. Its beautiful parks and open spaces are conducive to activities geared toward maintaining a healthy and active lifestyle.

Ayala Land has decided to develop the Northern Tip of Ayala Triangle Gardens and by the end of the year, ATG will be breaking ground for a new office tower, the new Mandarin Hotel, and more dining and retail options. Once completed, this will give Makati denizens an Ayala Triangle that can be enjoyed during both weekdays and weekends.

City Gate: a new mixed-use development with a creative edge

A new hub that broke ground just today is City Gate, touted to be the young and creative hub of Makati. City Gate is a new mixed-use development envisioned to have a more creative edge to cater to the younger set that frequents this area. There will be office towers, retail, and Seda Suites but more excitingly, there will be a Civic Space that Ayala Land aims to accomplish vertically through a series of terraces.

Circuit Makati: living up to the promise of power entertainment

The entertainment district of Makati, Circuit Makati is a 22-hectare district perfect for the new generation who want their lifestyle of choice to closely intermingle with their work and social life. Aside from the Globe Circuit Events Ground which serves as venue for open-air concerts like Wanderland and Close-Up Forever Summer, sports facilities have been launched since 2013—the Gatorade-Chelsea Blue Pitch, Mountain Dew Skate Park, and City Kart Racing.

Moreover, in the next few years, there will be a big redevelopment that will include residential, retail, offices, and much more. By April 2015, Circuit Lane and the 300-seater Blackbox theater will open. And in 2016 and 2017, the main mall, office, and hotel will open together with the Performing Arts Theater, a 1,500-seater CCP-quality theater. The theater will be a venue for various talented designers, actors, performers, producers, directors and will aim to host travelling Broadway shows, major musical products and dance performances.

P65 Billion in the next five years

The new developments mean another P65 Billion infusion into the city at the end of the next five years. People can expect Makati to be Bigger, Faster, and Bolder, maintaining its status as the leading and most competitive city in the country.

Makati, the city that makes it all happen.