The ‘dogoir’ is alive and well | Inquirer Lifestyle ❮ ❯ The ‘dogoir’ is alive and well

Several years ago, I dug up a book at the Strand bookstore in New York City entitled “Woman’s Best Friend: Women Writers on the Dogs in Their Lives,” (Seal Press, 2006) edited by Megan Morris.

It’s one of the best compilations of writing I have ever read, and introduced me to a number of female writers whom I have since followed for their wonderful style, as well as for their affinity with their “furbabies” (that’s the term many dog people like to use to describe their pets—so sue us).

Around the same time, I discovered the magazine The Bark, published in Berkeley, California. Originally started as a newsletter pushing for off-leash dog areas, it became a full-fledged magazine in 1997 under the editorship of Claudia Kawczynska, and was soon renowned as a literary gem of the alternative press—a New Yorker for dog lovers, attracting some outstanding writers to wax affectionate about their pets.

I eventually dug up their own first compilation, “Dog is My Co-Pilot: Great Writers on the World’s Oldest Friendship” (Crown Publishers, 2003) from the editors of The Bark. With contributions from the likes of the late Maeve Brennan, Erica Jong, Ann Patchett, feature writer Tom Junod, poet Maxine Kumin and comedian Margaret Cho, it was another priceless tome.

This was followed by the nicely-titled “Howl: A Collection of the Best Contemporary Dog Wit” (Three Rivers Press, 2007), guaranteed to put a smile on your face.

In other words, the “dogoir” (dog memoir) has been alive and well long before the term was coined in 2011, when the genre received mainstream legitimacy after then New York Times executive editor Jill Abramson, a hard-nosed reporter if there ever was one, decided to get all soft and write “Puppy Diaries: Raising A Dog Named Scout,” although she still filled the book with comprehensive research. It landed on the newspaper’s bestseller list, of course.

Before that, people had held Josh Grogan’s “Marley & Me,” about the rowdy yellow lab who won a family’s hearts, as the definitive dog book. The book was infinitely better than the movie, which unjustly took the focus away from the dog and onto its Hollywood actor leads.

But with all due respect to Mr. Grogan, there is a wealth of great literature available on dogs. Here, other than the three I mentioned above, are a few recommendations. 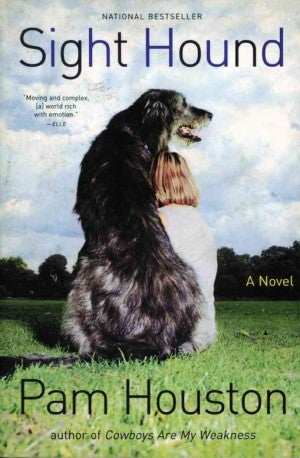 “Sight Hound” by Pam Houston (W.W. Norton & Company, 2005). Houston, director of the Creative Writing Program at the University of California at Davis, wrote this five-hanky tribute to the late great canine love of her life, Dante, an Irish wolfhound who fought valiantly against bone cancer.

Houston wrote the foreword and contributed to “Woman’s Best Friend,” and I just had to find out more about Dante. In this book, she speaks in several characters’ voices, including the wisest of them all, Dante, who speaks the simplest, most beautiful lines in the book, as his struggle is woven in with those of his “mom.” Yes, the dog dies—alas, with their short lives, in almost every dog book, they always do—but Houston chooses hope and continuity.

“A Three-Dog Life: A Memoir” by Abigail Thomas (Harcourt, 2007). The dogs are not the center of this story, but the author, a teacher at the New School in New York and a writer of gut-wrenching elegance. It is a story of how she rebuilds her life after her husband is hit by a car and survives with debilitating brain damage, forcing him to be institutionalized. Who help her cope? Rosie, Harry and Carolina, three dogs who share her bed and her life.

I also discovered Thomas in “Woman’s Best Friend,” with her beautiful essay “How To Banish Melancholy.” The book’s enigmatic title is borrowed from Australian aborigines, who slept with their dogs to keep warm. The coldest of nights was called a “three-dog night.” “Pack of Two: The Intricate Bond Between People and Dogs” by Caroline Knapp (Delta, 1998). Yet another discovery from the “Woman’s Best Friend” compilation, Knapp is more scholarly, investigating the dynamics of the relationship between people and their pets, and soberly defending the choice of a pet as a companion over children and other humans.

Her prose is never over the top, although it has reason to be: Knapp adopted Lucille, the Shepherd mix who would become her cherished companion, during her recovery from alcoholism and the death of her parents. Sadly, Knapp passed away in 2002, succumbing to cancer.

“The Art of Racing in the Rain” by Garth Stein (HarperCollins, 2008). This is another five-hanky special (you can guess why), but it’s also ingeniously told from the point of view of Enzo, the dog who keeps his master Denny company throughout the death of his wife, separation from his little daughter, and a crisis that almost breaks him. 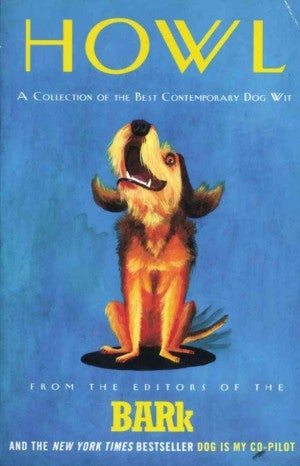 It is Enzo who understands his master’s deep love for cars and racing them. Still, it’s got a lovely, uplifting ending, and reminds us once again how dogs can’t really stay for our whole lives, but still make our lives so much richer. I have higher hopes for the planned movie version of this one (starring “Grey’s Anatomy” star Patrick Dempsey as Denny) than the Marley film.

“Women & Dogs: A Personal History from Marilyn to Madonna” by Judith Watt and Peter Dyer (Atria Books, 2005). This is one of those collectors’ items loaded with trivia, but most noteworthy for the wonderful photographs of famous women revealed to have been dog lovers. On the cover is a gorgeous Brigitte Bardot in 1962 with her dachshund.

Inside, Marilyn Monroe is shown with her basset hound, who was reportedly looking “distressed” after her death; Billie Holiday and her boxer Mister; Georgia O’Keefe and her chowchow Bo; and many others. It’s proof that, in their unguarded moments, these animals got closer to these iconic females than a lot of other people could. 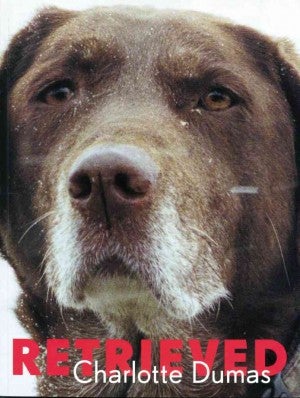 “Retrieved” by Charlotte Dumas (The Ice Plant, 2011). Now this is one book with almost no text other than the back-of-the-book notes, but it doesn’t need it. A decade after 9/11, Dumas, a photographer, tracked down 15 of the surviving search dogs who took part in the rescue operations after the attack.

It’s a stunning, poignant book, as we see the animals now old and gray, but still well-loved and taken care of by their handlers—and we realize just how much they risked, as well, for people. All the dogs have since passed away, but they couldn’t have been given a more beautiful tribute.