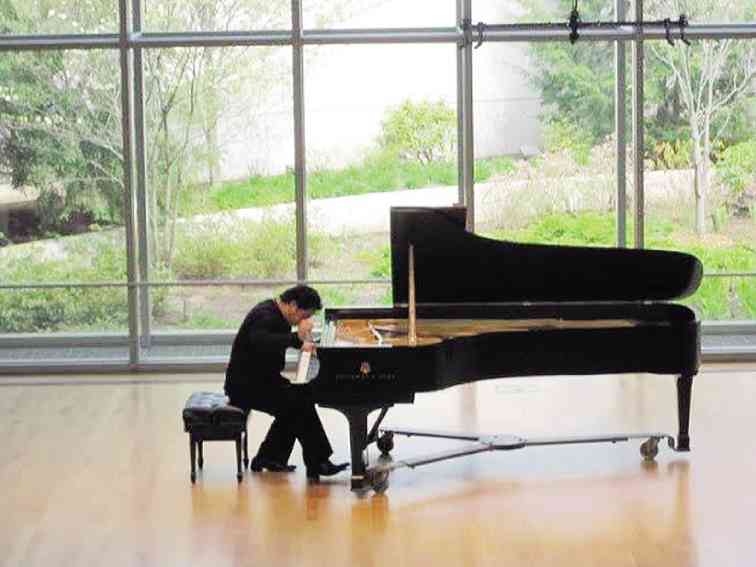 Rowena Arrieta is an outstanding graduate of the Philippine High School of the Arts (PHSA) from the late ’70s. She became the first and the last Tchaikovsky laureate of the Moscow-based international piano competition.

After full-time mothering and teaching, she will return to the concert hall with a recital at Merkin Hall in Kaufman Music Center in New York on Sept. 20.

On Jan. 23 next year in Manila, Arrieta will be the soloist of the Philippine Philharmonic Orchestra (PPO) in Liszt’s “Totentanz” at Meralco Theater under the baton of Olivier Ochanine.

Another product of the PHSA is pianist Albert Tiu, who will open the PPO season on Sept. 12. After graduating in Juilliard and winning competitions, he is now based in Singapore, teaching while raising a family.

Probably the most talented cellist to come out of PSHA is Victor Michael Coo, who just performed with pianist Rudolf Golez in Alabang. He is now based in Taiwan, married to pianist Yahsin Wu and blessed with two children.

Like Arrieta and Coo, pianist Oliver Salonga also graduated with the highest honors at the PHSA. He earned a music degree at Lynn University in Florida in 2007, and got his Masters in Music from the Cleveland Institute of Music.

He was discovered by Rosario B. Licad, mother of Cecile Licad, and trained under Marietta Cruz and Carmencita Arambulo. He also trained under Roberta Rust in Florida. While in New York, he was coached by Licad.

Now a doctoral student in Piano Performance at University of Southern California under  Norman Krieger, Salonga is all set for a recital program at Ayala Museum on Aug. 25, 7 p.m.

He said the biggest challenge of that program is creating different sound worlds for different styles aside from the stamina it demands from a pianist.

Salonga talked about his mentor Krieger. “Musically, he has taught me to manipulate sound and space, depending on what the musical material requires. More importantly, he has given me advice about different ways I should do to build my career internationally. And that will be my goal for the next four years after my doctorate.”

Salonga talked about the challenges of Liszt and other composers in his recital.

“The Liszt number is a collection of different melodies from Bellini’s ‘Norma’ transcribed for piano,” he said. “The textures in the transcription need to be well-layered for the melodies to be realized. It definitely chooses its player.

“The Rachmaninoff pieces are not like Chopin etudes that target a specific technique for each etude. The etudes teach you to apply different techniques based on what’s written with emphasis on the actual application rather than a mastery of a certain technical device.

“My Barber sonata finale contains complex rhythms with complex pitch formations which are not the usual sonorities you hear. When this is combined with technical and tonal control, this piece becomes a greater challenge.”

The school was closed for two weeks last month as a result of the damages.

The school’s power connection has been damaged by the typhoon. It is using generators which Nadera said were expensive.

“The power crisis has been greatly affecting the performances of both our employees and students, who are in danger of losing their scholarships,” Nadera said.