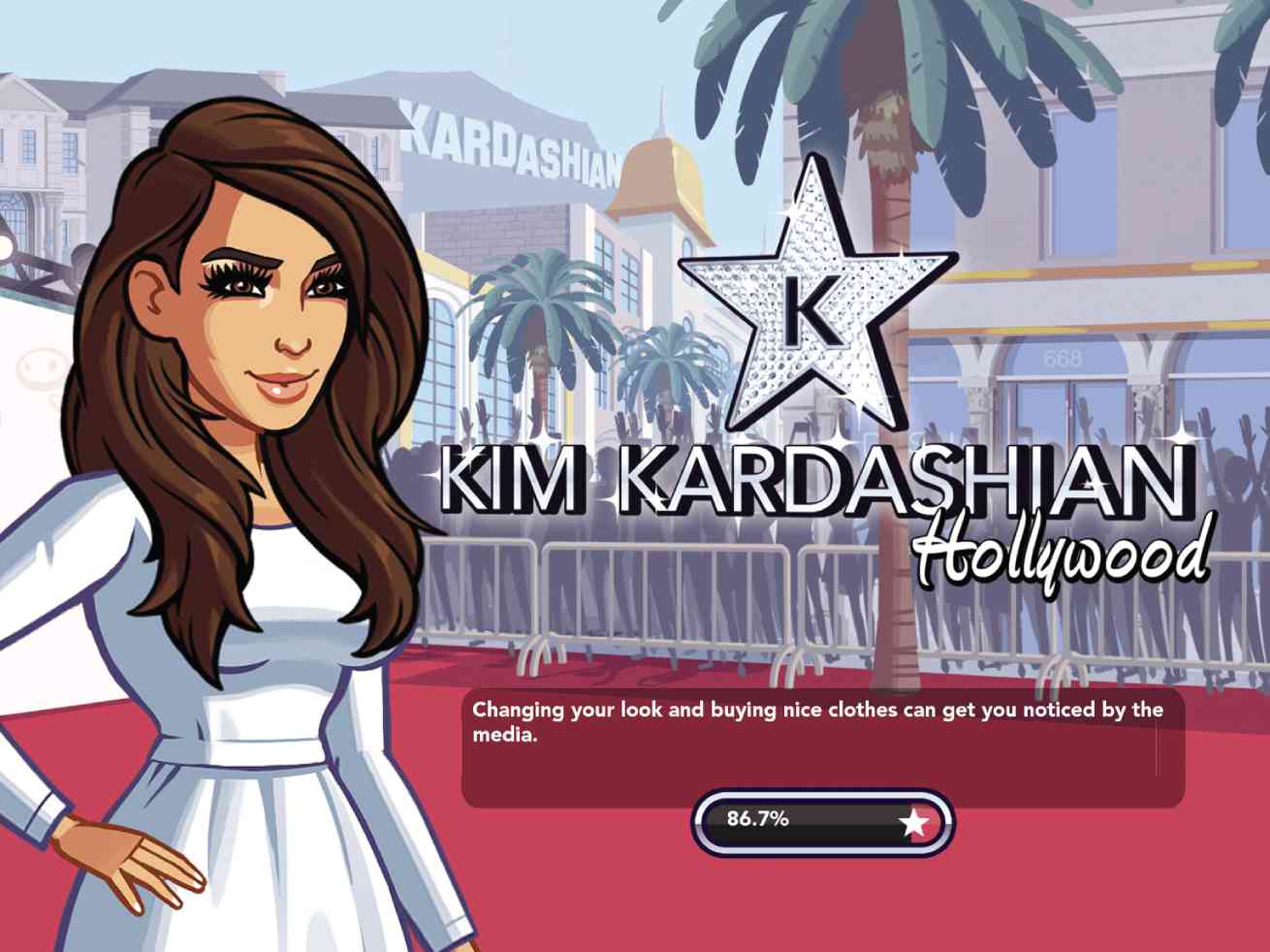 Here’s my theory as to why Kim Kardashian is not as big a name locally as other international celebrities: The current Mrs. Kanye West is famous for doing nothing (sex tape aside).

But in the Philippines, where fame means being able to sing, dance, host events and cry on cue, “being famous for doing nothing” seems more like a pipe dream than a possibility.

And yet, if being a celebrity is anything like what “Kim Kardashian: Hollywood” (KKH) is like, it’s not something I would wish on anyone. The free app, available both on the Apple App Store and Google Play, launched late in June and is somehow already the fifth highest-earning game for iOS.

But if the concept of becoming famous just for existing is hard to swallow, so is the idea of this game being fun.

KKH starts off with you, the player, creating a character. You can be boy or girl, and be interested in boys or girls either way. Once that’s settled on, you can choose from a basic selection of clothes and hairdos before getting sent to your role as a shopkeeper in a trendy LA boutique.

As you’re closing up, who else comes along but Kim Kardashian. After helping her with a fashion emergency, Kim is so thrilled that she decides to set you up for a photoshoot, ushering you into the life of an “it person.”

This rags-to-riches plot may have some appeal, but it’s a long climb. You start at the very bottom, the “E-list,” with the goal of moving all the way up to the “A-list.” Kim helpfully finds you a manager and a publicist, as well as more modeling gigs. She even offers to hook you up with famous people, in the hope that you’ll get more eyeballs looking out for your every move.

The actual gameplay should not be unfamiliar if you’ve ever played a Facebook game or a game with in-app purchases. You have a certain amount of energy, which increases by leveling up through experience points. Whenever you perform a task—striking a pose, name-dropping a product you’re endorsing, taking a selfie—you lose energy but get stars, which measure how well you did on a modeling gig or a paid appearance at an event.

Do well, and you get more money, which lets you buy more clothes, and more followers on your in-game Twitter account, which moves you up the social hierarchy.

It’s not much different from “Farmville” or “Clash of Clans,” just substitute agriculture and savage tribal warfare for  Hollywood and you’re good to go. Instead of adding livestock or archers, you’re adding clothes to your closet and networking, at least while you still have energy to do all that.

Like those two games, this is how the company earns money. You can wait around for energy to recharge or drop some real money to get right back to striking a haughty pose.

Lack virtual currency to move into a swank new apartment? Really need a new pair of shoes to get noticed on the red carpet (an actual part of the game)? You can slowly grind out resources by agreeing to every fashion shoot your manager sends you, or whip out your credit card and skip the wait.

Apparently, a lot of people in the United States are taking the latter approach. An article in Bloomberg estimates that annual revenue from the game could reach $200 million. And no one is batting an eyelash. On the App Store, the game has a stunning 4.5 stars out of five from 209,415 ratings.

However, if you’re not crazy enough to spend real-world cash, the game basically boils down to time management: maximizing your energy so that you can do things like tell a joke to that bored-looking writer you’re dating, or checking your makeup so that you get a decent enough score on that task.

While you’re tapping to get the icons that represent money, your avatar simply stands there and blinks, in the outfit of your choice, true, but he or she is basically static all the same.

One can make snarky comparisons to the emptiness of celebrity or the vapidness of social climbing, but in the end, there’s no getting around the fact that KKH is boring—with the reward of having a very popular paper doll.

As I tried to go deeper into the game, I became annoyed at how my manager kept calling me the moment I left a job. I wondered why drinking bottled water cost energy while   at the same time pondered how it improved my score at getting a bunch of head shots taken of myself.

In the back of our minds, we probably all know that fame has its own set of trapdoors and paybacks.
We just hoped that it would have produced a more riveting game.