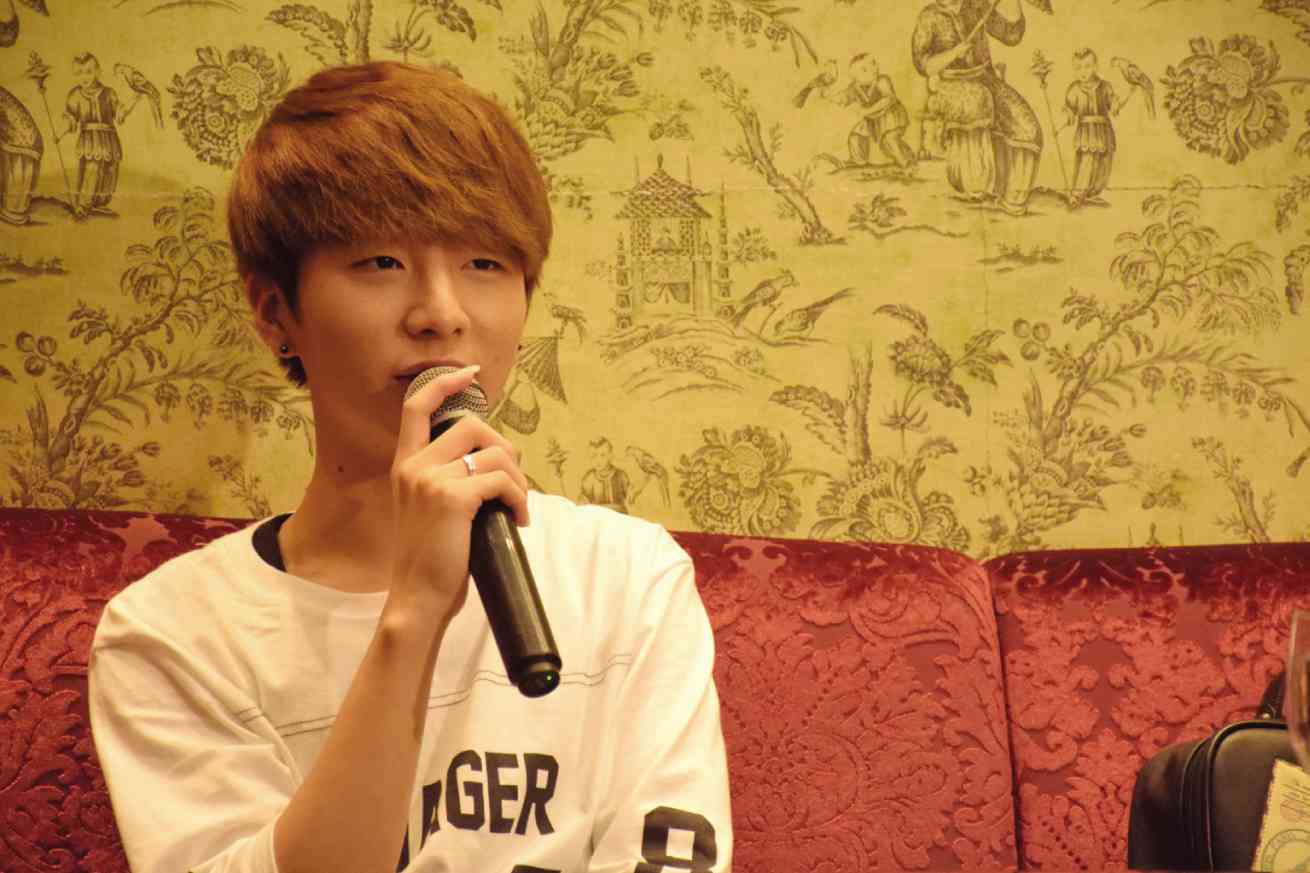 We can’t blame people if they instantly associate any Korean-sounding name with K-pop these days. But, really, there’s so much more to Korean artists than just bubblegum tunes and eye-candy idol groups.

Take Sungha Jung, for instance. Back by popular demand, the acoustic fingerstyle guitarist and YouTube sensation serenaded Manila for the third time last Aug. 17 at the Samsung Hall in SM Aura, Taguig City, following a show at the J. Centre Convention Hall in Mandaue City, Cebu, on Aug. 15.

He first charmed Filipinos at the Philippine International Blues and Jazz Guitar Festival in 2012; he went on to perform in Manila and Cebu last year.

Now 17, the tall, lanky musician has his fair share of fangirls, enough to rival that of a K-pop idol. At a press conference held at Little Asia restaurant in McKinley Hill right before his mall show, we could hear the faint squeals of googly-eyed tweens standing outside as he gamely waved to them.

But his fans are not limited to young females, because there are guys as well; in fact his music appeals to all ages, whether they’re six-string enthusiasts or music lovers who simply love a good concert.

Out of millions of aspiring guitarists on YouTube, Sungha stood out for a very compelling reason. Instead of saying a few introductory words, he simply lets his nimble fingers do the talking—and, boy, do they speak volumes. While watching his videos, we could hardly believe that such richly layered melodies could come from just one person.

It all started when Sungha’s father, a guitarist himself, began uploading home videos of his young son playing various cover songs, which Sungha had learned by ear or by watching videos. (It takes only about three to four hours for him to learn a song.)

Over the years, Sungha’s YouTube videos, the most popular of which is his take on the “Pirates of the Caribbean” movie theme, have amassed a gazillion views and admirers from all over the world, and earned him well-deserved pats on the back from various artists and virtuosos from the music industry.

Sungha has come a long way from the adorable little boy who first wowed us with his jaw-dropping cover of The Beatles’ “Come Together,” in which his tiny hands moved like lightning even as his guitar looked a little too big for his then 10-year-old frame.

He has been mentored by Japanese jazz guitarist Hata Shuji and German guitar legend Ulli Bögershausen, from whom Sungha learned much about composing and arranging songs.

He has also released five albums of mostly original material, the most recent being “Monologue.”

Sungha is currently sponsored by Lakewood guitars along with the likes of Dave Matthews and Radiohead’s Thom Yorke.

‘I don’t really get nervous’

With his immense talent, it wasn’t difficult to imagine how this kid could have come from overnight YouTube sensation to bona fide source of inspiration for people worldwide. At a young age, he has already done solo tours in Asia, the United States and Scandinavia; plus, he’s had guest duets with Jason Mraz, wowed Mr. Big with his covers and earned some praise for his versions of Beatles classics from no less than John Lennon’s wife, Yoko Ono.

It’s interesting to note that it didn’t take much for him to adjust from playing in front of a video camera to performing live. “I don’t really get nervous onstage, in front of the camera or people,” he told Inquirer Super in English. “I really love [holding] concerts because when you practice your guitar just in your room, it’s boring and it’s really hard to play many times for many hours. But when I play in front of people, then I can play more hours and practice for so long.”

From all the kudos from artists whose songs he had covered, Sungha shared his favorite. Upon watching his rendition of “I’m Yours,” Mraz was so impressed that he himself did a cover of Sungha’s own version.

People have called him a “guitar prodigy” or the “August Rush” of Korea, but he’s not resting on his laurels. In fact, he’s bent on further honing his craft. “I just passed the General Educational Development (GED) test last year, so I’m gonna go to music school next year,” he said, “[But] I still have plans to go on short tours.”

And come back to the Philippines, maybe? “Oh, yes, absolutely. Next year!” His manager replied.

Remarkably, Samsung Hall was filled to capacity—a testament to Sungha’s power to draw a big crowd in Manila. After an opening number by Ukelele Philippines, Sungha took the stage and greeted the audience in English.

The first set comprised of original pieces from “Monologue” and his other albums; in the second set, he indulged the crowd with some of his most popular cover songs, like Maroon 5’s “Payphone.”

Accompanied by aptly themed visuals and mood lighting, Sungha’s music provided a welcome respite from the outside world. Watching him perform live was akin to witnessing a magic trick; his long, slim fingers tap, slap and glide through every inch of his guitar, weaving complex melodies with such dexterity and ease that he would occasionally draw roars of approval from the guitar enthusiasts in the audience.

As this Manila leg was his third, Sungha intended to treat his Filipino fans to a surprise. At the end of the first set, he performed a heartrendingly beautiful version of Side A’s “Forevermore” and capped the night with John Mayer’s “Why Georgia,” in which he actually sang, for the first time, to his smitten Pinoy audience

Now that we know that Sungha can also carry a tune while plucking pure magic from his guitar, maybe Mayer, his idol, can oblige him with a duet sometime in the future.

That would be an absolute dream come true.

“Sungha Jung: The Philippine Tour 2014” was produced by PinoyTuner.