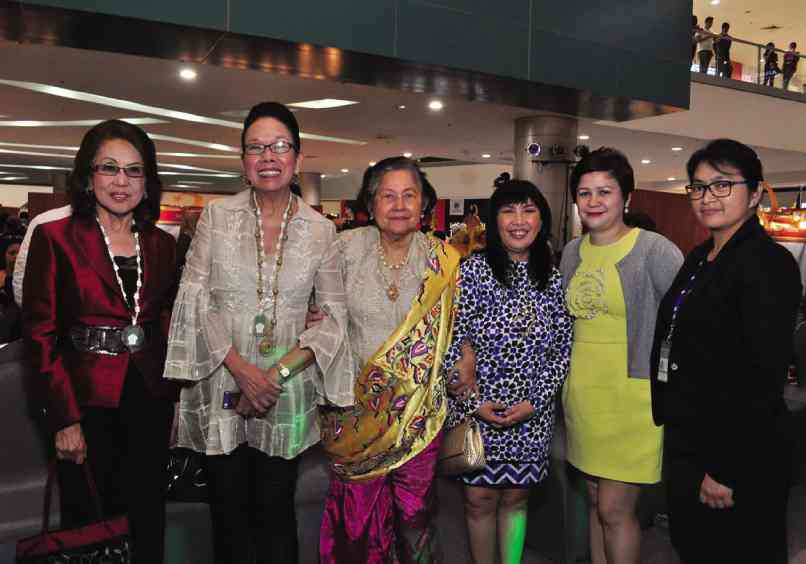 The recent three-day Eid’l Fitr Festival held at The Block SM City North Edsa gave mallgoers the rare opportunity to have a glimpse of Muslim life and culture, dahlings.

Eid’l Fitr, known as the “Festival of the Breaking of the Fast,” is an important celebration for Muslims worldwide. It marks the end of the month-long fast during Ramadan and the beginning of the month known as “Shawwal.”

The SM affair was spearheaded by former Sen. Santanina Rasul, chair of the Magbassa Kita Foundation Inc., along with the Philippine Center for Islam and Democracy (PCID), Department of Tourism (DOT) and Metropolitan Manila Development Authority (MMDA).

Tourism Assistant Secretary Bong Bengzon and PCID president Amina Rasul shared honors in the ceremonial striking of the gong that marked the opening of the festival.

The Block was transformed into a Salam Village, giving shoppers a rare glimpse into the Muslim lifestyle in Jolo, Sulu; Lanao del Norte; Maranao, Maguindanao; and Zamboanga.

The Skydome sponsored the Eid’l Fitr Bazaar where Muslim products from Islamic states  (represented by their embassies in Manille) were offered, as well as products from Mindanao such as apparel, fabrics, crafts, paintings, artworks, jewelry, accessories, and most especially cuisine, which was a big hit among shoppers.

An exhibit, “How Islam Came to the Philippines,” as well as cultural performances and a display of traditional Muslim attires from the different provinces, gave mallgoers a better understanding of Muslim culture, palangga.

Highlight of the event was a fashion presentation showing the collections of prominent Muslim designers Amir Sali, the Prince of Beads, and Len Cabile, who amazed the audience with their play on color, wonderful weaves and exquisite beadwork. Absolutely gorgeous, dahlings!

Asian hospitality and the pioneering spirit of Marco Polo were the inspirations behind “Voyage: The Marco Polo Ortigas Manila Grand Launch Affair.”

“This symbolizes how the hotel can transcend the ordinary and take its guests to a wonderful journey of sensory indulgences,” said Francis de Leon, Marco Polo director of communications.

Guests and VIPs were transported back in time to the world of the legendary merchant traveler Marco Polo to celebrate romance and adventure.

Delivering the keynote was none other than President Aquino. “Just as Marco Polo, the traveler from whom you derived your name, became renowned for his account of his journey to the East,” he said, “this Marco Polo Hotel, [it is hoped], truly becomes another gateway for tourists to discover our country, so that they may tell their friends, their family, and their colleagues back home just how fun it is here in the Philippines.”

A fashion show exhibited the world-class accessories of Ann Ong and designs of Rhett Eala. The food consisted of a smorgasbord of international cuisines and flowing drinks.

Guests traveled from the ground floor to the grand ballroom on the seventh floor, all the way up to the 24th floor Sky Lobby and all-day dining restaurant called Cucina.

Then they proceeded to the Lung Hin, the newly opened authentic Cantonese restaurant, and the Marco Polo signature Continental Club Lounge, both at the 44th floor.

Finally, guests reached the Sky Lounge and Tapas Bar at the topmost floor. The view was jaw-dropping.

“Wow, this hotel is very ritzy,” a friend told moi. Indeed, guests embraced the spirit of Marco Polo and embarked on a journey of taste and luxury, dahlings.