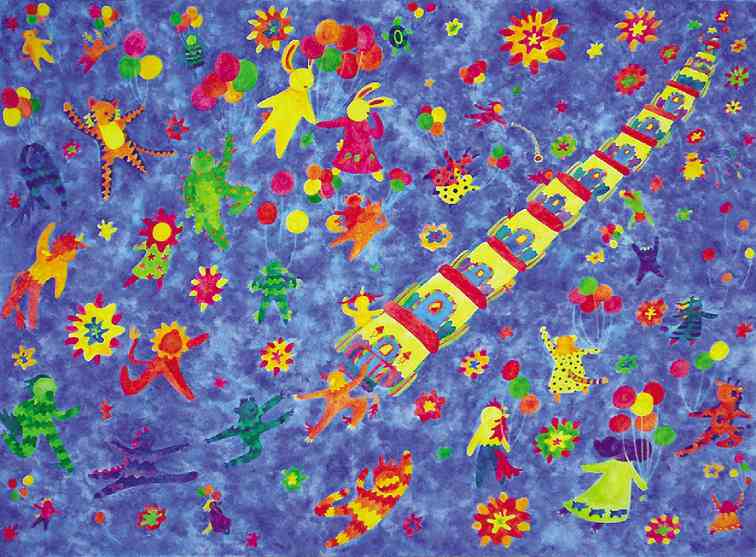 In 2006, artist Jill Arwen Posadas staged “Jig,”  featuring paintings that interpret the artist’s favorite songs through the use of a drawing style she personally calls “blobs.” (The dictionary defines “jig” as a “lively dance with leaping movements.”)

Jill said she developed “blobs” as a visual shorthand for free-flowing forms.

In 2010, she revisited the use of blobs in “Loop,” an exhibition inspired yet again by music.  “Loop,” a music-related term referring to a song played over and over again, gave rise to her current collection called “Remix,” referring to a longer or extended version of a particular song, done over in a slightly different, more jazzed-up style.

“I feel that this exhibit is a remix of the music-inspired concept and the “blob style” of both “Jig” and “Loop,” Posadas explained. “Like a musical remix, there are some different elements added in to how I render “blobs,” as they have somewhat evolved over the years,” she further emphasized.