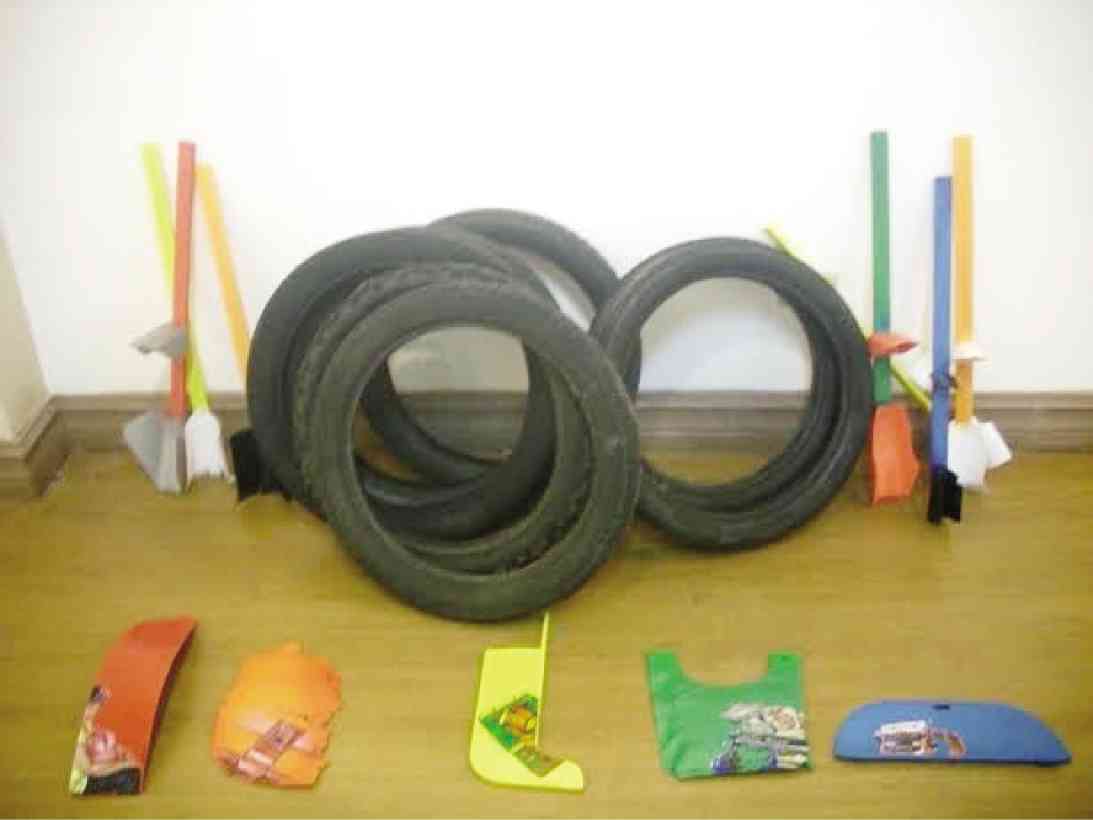 There is an onomatopoeic quality to this word, rela, hinting at the trill, thrill and trails of the motorela cavorting in the city’s inner streets. The proper word, of course, is motorela.

The artists in this exhibit posit that the word is a marriage of convenience—from the words motorcycle and caritela, which was the horse-drawn carriage of a bygone era. Filipino ingenuity reimagined the motorcycle as a means of transporting passengers in this day and age. In fact, Rafael D. Floirendo Sr. of Cagayan de Oro is considered the inventor of the motorela.

Don’t look now, but his son Oscar and his colleagues at the CdeO Arts Guild have reimagined the motorela once again, this time no longer as a visionary entrepreneur’s idea of mass transport in the realm of the aesthetics of poverty, but as a locus of post-colonial creative power. They pluck it from its banal presence in the side streets and alleyways and ponder on its symbolic presence as a cultural icon. On the way it moves us, or better yet, them—the artists, who are both at once public intellectuals in this enterprise.

The Cagayan de Oro motorela is almost like a miniaturized jeepney, where people crammed in the passenger cab behind the driver face each other like strangers, or even barkada, lunching in a school cafeteria. Except that there is no table. There is only that bridge of hands that pass each other’s fare on to the driver upfront. It is social interaction at a basic level where the currency is respect for one another, an understanding to do one’s share, a commitment to be a responsible part of the journey.

This exhibit seems to show us—in various fun ways—that the motorela is the shared journey in the City of Golden Friendship, which is how Cagayan de Oro likes to call itself. This is the journey that brings Kagay-anons to higalaay (friendship).

How apt and fitting, then, that this exhibit happens to be the Kagay-anon artists’ offering to this year’s Higalaay: Kagay-an Festival 2014.

“Let the rela roll on!” As they sometimes say, if there’s a wheel…