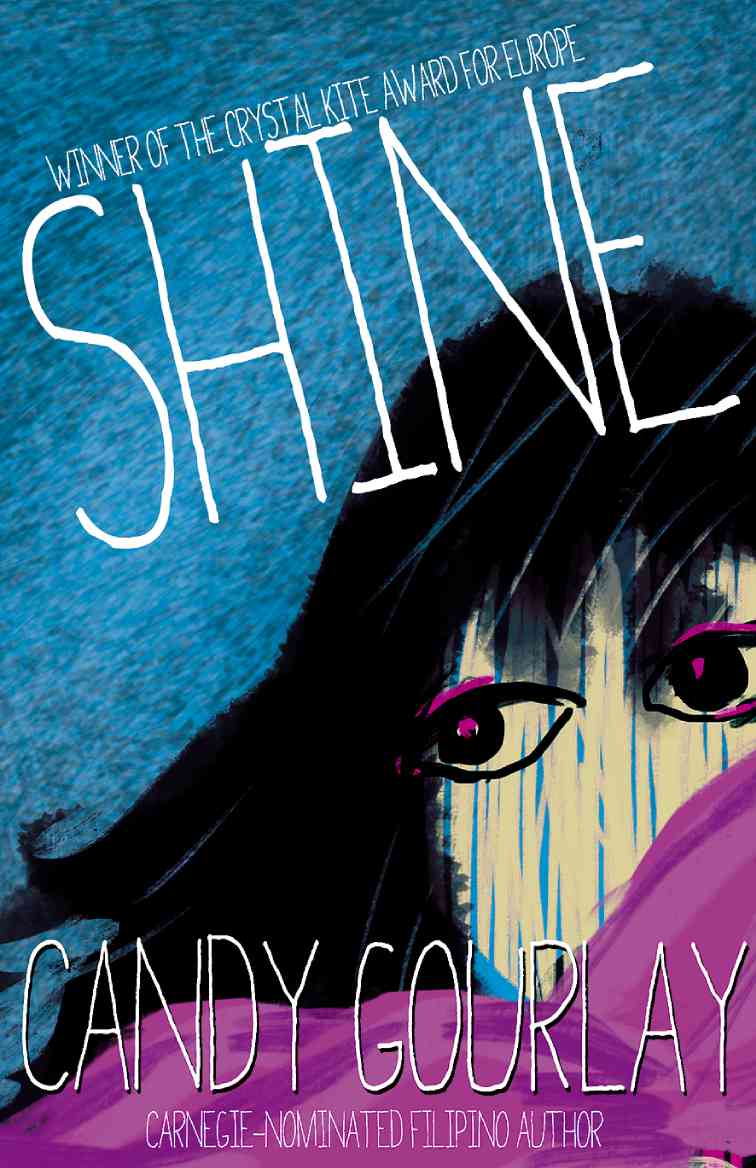 “Monsters are in the eye of the beholder.” This is the powerful phrase that keeps rising up throughout Candy Gourlay’s new novel, “Shine” (Anvil Publishing, Inc., Mandaluyong City, 2014, 232 pages), and it resonates with meaning for the fortunate reader who comes across it.

Originally published in the United Kingdom by David Fickling Books, “Shine” is the second Young Adult novel from Gourlay, the author of the 2010 charming mismatched siblings-basketball tale “Tall Story,” which received the National Children’s Book Award and the Crystal Kite Award for Europe.

Gourlay was an editor at Mr & Ms Special Edition before becoming part of the original Philippine Daily Inquirer team. (Back then her byline was Candy Quimpo.)

Like “Tall Story,” “Shine” is a tale that crosses over between the Philippines—where Gourlay is from—and the UK—where Gourlay lives now. Like the earlier book, “Shine” is very reader-friendly, with the pages seemingly turning by themselves as if the book were possessed by spirits.

The question of ghosts hangs heavy over “Shine,” and while the book has scary portions it is not a terrifying book. Not at all.

In the shadow of Mt. Banawa, the small, fictional and rain-swept Philippine island of Mirasol still clings to its superstitions, particularly about the Calm, which is a medical birth condition that leaves the infant with ugly scars around the neck and the inability to speak. The townspeople, hopped up on old stories, treat those with the Calm as monsters to be feared.

“That’s why here on Mirasol we are always afraid,” an old woman says. “This is our lot. Rain. Every day. And fear.”

Smart, sensitive 13-year-old Rosa was born with the Calm, as was her mother. Her condition never stopped her from looking at the world that surrounds her with wonder and with hope.

Her British father Jon, a medical expert on the Calm, now treats those suffering from the condition in Mirasol while Rosa lives a life of isolation and mourns the absence of her dead mother, lighting candles in the hopes of calling back her mother’s lost spirit.

But things begin to change for Rosa when someone reaches out to her through Internet chat, someone who clearly also lives in Mirasol.

“The world was smiling and I wanted more of it,” she says to herself.

She also begins to feel that she is being haunted by the ghost of her mother, a feeling that her father pooh-poohs and is not helped by the stories of her loving Yaya. Is she really being haunted? Who is the town native who has made contact with her through her laptop? Are there secrets being kept from her?

These questions lie at the heart of the elegantly measured “Shine,” much of which is narrated in Rosa’s distinctive voice. Gourlay nails the intelligent yet insecure, wary but worried tone of the teenager who can only use sign language to communicate with others in the book—save for when she uses the Internet.

Different worlds meet, and throughout it all, Gourlay makes you feel like Rosa is a real person. There is a second, complex and compelling voice in “Shine” that inevitably and dramatically intertwines with Rosa’s experiences.

You’ll have to read “Shine” to see whose voice that belongs to. Like the rest of the book, it’s a revelation.

From the folk tale that starts things off, Gourlay leaves just enough crumbs for the engaged reader to follow and keep track of before “Shine” assuredly binds together all of those exposed narrative strands in a heart-stopping and surprisingly dark denouement.

Instead of “Tall Story’s” exuberance, there is a baleful yet cerebral hypnotism at work here as Gourlay writes confidently about isolation and identity, about family and fear, through the eyes of a winning teenage protagonist. It never once feels forced or contrived.

“Shine” is a thoroughly satisfying reading experience that heralds more great things from its author; all in all, an excellent and unusual take on the ghost story.