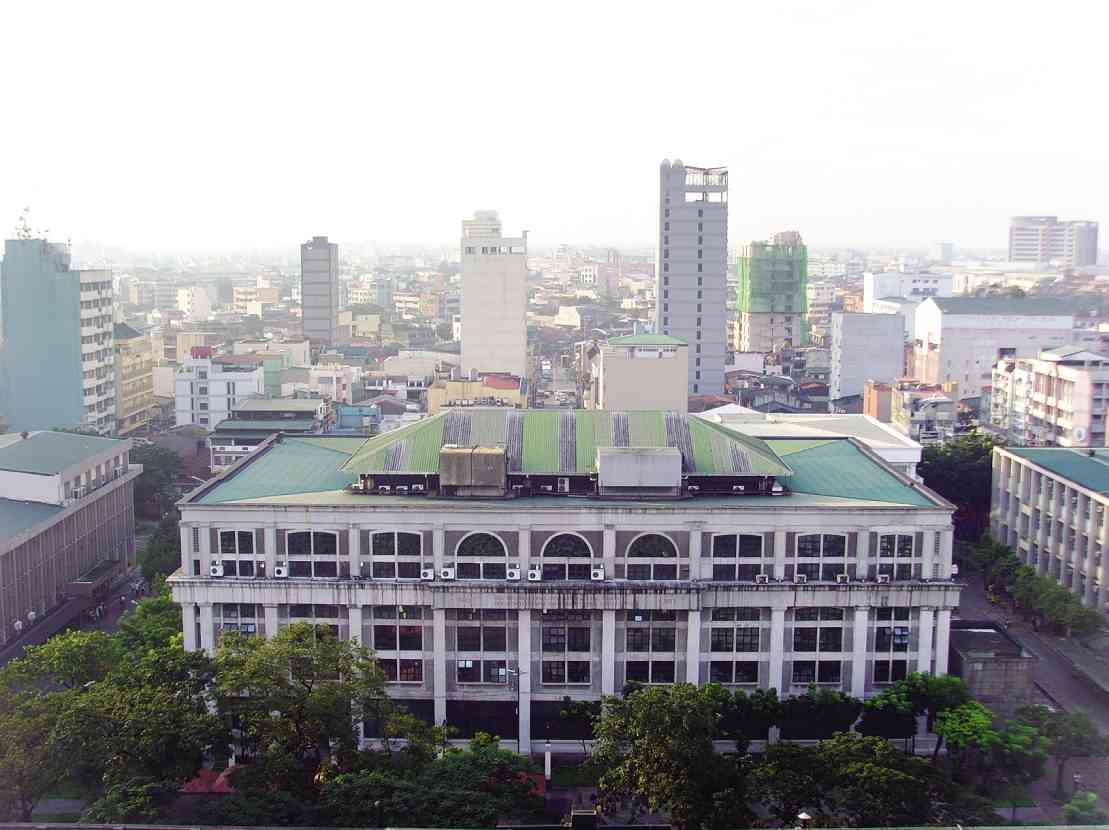 Owing to their outstanding cultural value, two 17th-century baybayin documents from the University of Santo Tomas (UST) Archives were recently declared National Cultural Treasure (NCT) by the National Archives of the Philippines (NAP).

Baybayin is the ancient Filipino syllabary in use during the Spanish contact in the 16th century.

The declaration was made during the Second Baybayin Conference on Aug. 22 at National Museum of the Filipino People at Agrifina Circle in Manila. The conference was held in conjunction with the Buwan ng Wika (National Language Month) celebration.

“This is the first declaration made by the National Archives and the first paper document to be declared as NCT,” said UST professor Regalado Trota Jose, director of the UST Archives and a former commissioner of the National Commission for Culture and the Arts.

The formal declaration was made by National Archivist Ino Manalo.

Jose said the recognition highlighted the age of UST and its status as Asia’s oldest university and an historic institution.

He explained the ancient scripts should assist in the understanding of the history of the university and the Philippine nation, and highlighted the importance of the collection of ancient documents in the UST Archives.

The UST Baybayin Documents, said Jose, represent the longest and most complete documents handwritten entirely in baybayin, a Philippine script in use since pre-colonial times up to the present.

The two records are also the oldest of their kind, both as being written in baybayin and as examples of early deeds of sale, showing insights into the use of baybayin by different individuals living in and around Manila in the early 17th century and in the legal affairs of early Spanish colonization.

These documents, Jose explained, also provide insights into a particular stage of the orthographical and paleographical development of baybayin scripts and are very rare examples of 17th-century records in a fair state of preservation.

The deeds of sale also highlight the role of women in ancient Philippine society as landowners and entrepreneurs. Jose said ancient women apparently had the same power as men to own and sell land.

They provide insights on how much more prevalent was the use of baybayin then, since it was generally thought previously that baybayin was just limited to writing poems, accounting and signing of documents.

A contestation ensued, and Castilla had to show Documents A and B as proofs of ownership. The documents were passed on to the university archives after the acquisition of the land from Castilla.

These deeds of sale were actually part of a book with baybayin documents, said Jose.

During the UST tricentenary in 1911 (the university was founded by the Dominicans in 1611), among the “treasures” exhibited by UST to the public were the baybayin documents.

The two documents were first published in 1911 on Libertas, the daily newspaper published by UST.

“We are recognized as custodians of the NCT, but there’s the responsibility for these to be taken care of,” said Jose about the declaration. “So we have to have good (environment) to take care of these. Not only these but all other documents [in the collection]. These are to be kept for posterity, for the next generations, for other people and other countries to use and study later on.”

“So we have to train our staff to know how to handle the documents,” added Jose, who also teaches in the Cultural Heritage Studies program of the UST Graduate School.

The actual copies are not available for public viewing due to their fragile state. Replicas have been made and may be viewed at UST Archives bulletin board (5/F, Central Library). These will eventually be uploaded on the UST website along with important data.

The baybayin is a pre-Islamic, pre-Spanish Philippine script with 14 consonants and three vowels. It is wrongly referred to as an alibata or alphabet.

Baybayin, explained Jose, “is the term used in the alphabet. If we are going to refer to the old Tagalog dictionaries, baybayin is the ABC of the Tagalogs. So ’di tamang gamitin ang alibata (So alibata is not the correct word). Alibata is a term invented in 1914. So it is not a traditional word. It was just invented to refer to this.”

The baybayin is still being used today by the Palaw’an and Tagbanua ethnic groups of Palawan and the Hanunuo and Buhid Mangyan of Mindoro.

A number of baybayin artifacts have been recovered through archaeological diggings or by accident all over the country. These are the Laguna Copperplate Inscription (Laguna); Calatagan Ritual Pot (Batangas); Intramuros Potsherd (Manila); Monreal Stone (Masbate); Butuan Tin Paleograph and Butuan Ivory Seal (Agusan del Norte).

The first book printed in the Philippines, “Doctrina Christiana,” published by the Dominicans in 1593, was also in  baybayin, as well as in Spanish and Tagalog Roman scripts.

The new declaration may be the sixth recognition from the Philippine government for UST.

In 2010, in the run-up to the 400th anniversary of UST in 2011, the National Museum declared four sites on campus as NCT: UST Main Building, UST Central Seminary, UST Arch of the Centuries and  UST Open Grounds.