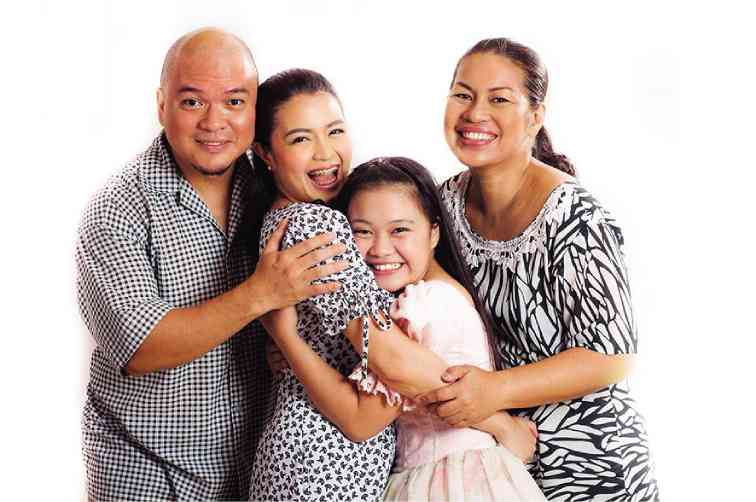 CAST of “Sandosenang Sapatos, The Musical”

Tanghalang Pilipino’s ‘Sandosenang Sapatos,’ a musical on the disabled, returns to the stage

There are children who are born physically disabled but are emotionally whole. Such is the condition of a little girl named Susie, the central character in “Sandosenang Sapatos,” a musical which will be restaged at the Tanghalang Huseng Batute, Cultural Center of the Philippines, on Aug. 28-31.

The musical is based on Dr. Luis Gatmaitan’s Palanca Award-winning children’s book of the same title.

The idea for the story came when the author, a physician, encountered a patient born without feet. He thought then, what if this child has a father who is a very skillful shoemaker?

“Sandosenang Sapatos” tackles the incomparable love of a father for his differently abled child.

From the pages of the book, the story of Susie crossed over to the stage. Last year, it was staged by Tanghalang Pilipino and CCP, with the Philippine Board on Books for Young People (PBBY).

Tuxqs Rutaquio, a Philstage Gawad Buhay awardee, handled the direction and set design. The play received positive reviews and had a successful run.

IdeaCube, a company that creates programs and projects for mission-based organizations, manages this year’s run. As a marketing partner of Tanghalang Pilipino, IdeaCube envisions to uplift the level of understanding and appreciation of the viewing audience for plays performed by Tanghalang Pilipino.

IdeaCube created a “Sandosenang Sapatos” theater kit, which includes the souvenir program, an art folio, and a study guide for teachers and storytellers, and a copy of the “Sandosenang Sapatos” book, as additional package for each ticket.  Gatmaitan will also be present for a “talk back” at the end of every performance.

“Sandosenang Sapatos” was a finalist for Outstanding Production for Children in a Musical or Play at the Gawad Buhay Awards, an award-giving body for theaters presented by Philstage.

The lead actress, Trixie Esteban, was also a finalist for the Best Female Lead in a Musical or Play category.

Cabangon and Balsamo were finalists for Best Musical Direction.

This year, “Sandosenang Sapatos, The Musical” will represent the country in the 2014 Beijing International Theater Olympics in China.