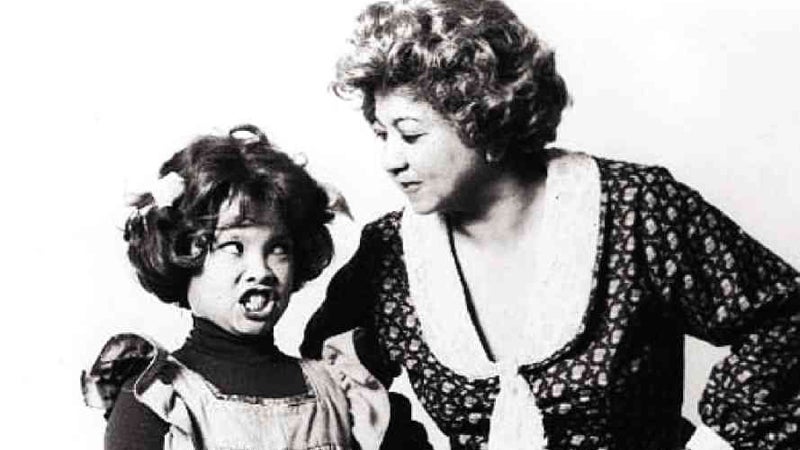 CCP at 45: Unforgettable encounters in the performing arts

The Cultural Center of the Philippines opened in 1969 with Lamberto Avellana’s “Golden Salakot: Isang Dularawan.”

Back then my only exposure to classical music was limited to DZFE broadcast and free listening at the Thomas Jefferson Library in Sta. Mesa.

In 1969, when Cecile Licad was only 8 and Lea Salonga was yet to be born (in February 1971), I had no idea where the CCP was and what kind of people were seen there.

“Tita King,” that is,  Lucrecia Kasilag, was only 51 then, and the little I know of Manila’s  performing arts I learned by reading the reviews of Morli Dharam, Lito Molina, Fr. Rodrigo Perez III, Alfredo Roces and Rosalinda Orosa.

It was in Albay that I met Tita King for the first time in 1974, and it was also there that I met Licad in 1974. Both musicians stayed in the house of the Rebustillos in Albay.

As the CCP observes its 45th anniversary, my memories are full of encounters with the artists who have made the CCP what it is today.

I saw my first concert at the CCP in 1975, when it was only 6 years old. The featured artist was 14-year-old Cecile Licad, with the CCP Orchestra (now the Philippine Philharmonic Orchestra) under the baton of Luis Valencia.

She played three concertos (Bach, Ravel and Chopin). After the concert, I told myself, “Goodbye, Nora Aunor. Welcome, Cecile Licad.”

For this 1975 concert, I joined the Manila trip of the Rebustillos (I was then based in Legazpi City), and decided I would enter the performing-arts world while doing crime, travel and entertainment reports.

Sensing my enthusiasm in the arts, Tita King gave me free access to all the CCP shows in the late ’70s, and that was the reason I was commuting from Albay to Manila almost every week, courtesy of the Philippine National Railways, then headed by Nicanor Jimenez (the father of PDI’s editor in chief Leticia Jimenez-Magsanoc).

I also heard the first Cavaradossi of Placido Domingo opposite the Tosca of Eva Marton at the CCP in 1979.

When I learned that the CCP was in need of someone to write and edit its Arts Monthly in 1980, I jumped at the chance and left Albay to start a new life in Manila.

It was then that my education as an arts writer started. I saw performances in the country’s premier center of the arts and interviewed famous visiting artists.

The first decade with the CCP I would consider its golden age.  Young artists who would become world-famous years later held their first recitals there.

In the ’80s, my unforgettable CCP experiences were the Philippine debut of Romanian diva Nelly Miricioiu;  Lea Salonga performing “Annie”; the Odette-Odile and Giselle of Yoko Morishita and Maniya Barredo; the Saint-Säens concerto of Licad with conductor Mstislav Rostropovich; the unforgettable “Dying Swan” of Russia’s dance icon Maya Plisetskaya; and legendary French mime Marcel Marceau performing in Manila before an audience that included comedians Vic Sotto and Joey de Leon in the audience.

Rolando Tinio’s Teatro Pilipino was at its glorious phase in the early 1980s.

One development that caused uproar in the CCP boardroom was when Tinio decided to stage “Romeo and Juliet” with frontal nudity. While doing his part as Romeo, Tinio hissed at the audience when they started giggling at the “bold” scenes.

It was also the same  decade Manila audiences watched its first “Magic Flute” under the baton of Boston Opera’s  Sarah Caldwell.

After several seasons at Frankfurt Opera, Filipino tenor Otoniel Gonzaga debuted at the CCP in the late ’80s during the term of Bing Roxas.

In the ’90s, with the continuation of the post-Marcos CCP leadership, Barredo (“Romeo and Juliet”) and Morishita (“Swan Lake”) did their last performances at the CCP. In an effort to get the backing of the Cory Aquino government for arts and culture, Kris Aquino was invited to join in the ballroom scene of Alice Reyes’ version of “The Nutcracker.”

I also saw Bibot Amador and Baby Barredo directing “Rigoletto” at the CCP. Opening night was delayed as artists staged a “lock-out” until they got assurance that their talent fees, apparently delayed, would be paid.

Pianist Raul Sunico took over as the new president in 2010. He remains CCP head executive to this day.

Sunico completed the CCP cycle when it mounted a special tribute to the CCP founder, Imelda Marcos, during the 40th founding anniversary in 2009. It may be recalled Sunico was one of the recipients of the CCP’s Young Artists Foundation scholarship.

As the CCP observes its 45th year with nationwide arts festivals and performances, my heart goes to the new generation of arts audiences who did not have the chance to see how the likes of Licad, Salonga and Barredo evolved as world-class artists.

Those were great years with great artists who didn’t “theorize” about the arts but actually lived them.