The art of hiring (and keeping) a ‘yaya’ | Lifestyle.INQ ❮ ❯ 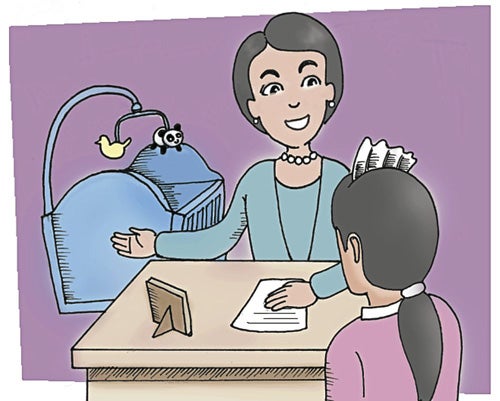 The art of hiring (and keeping) a ‘yaya’ 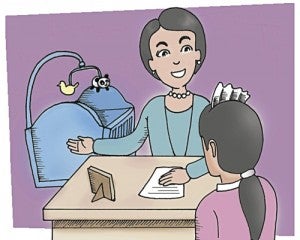 MY SON’S yaya is leaving. My mother-in-law hired her as our all-around maid when I was still pregnant. She agreed to become our yaya when we took on another kasambahay to help out. Since I work from home and had terrible personal experiences with my own yayas growing up, I planned to be a hands-on mom.

Since I underwent Caesarean section and several surgeries afterward, I was grateful to have a yaya around. I relied heavily on her, especially during those very difficult early weeks.

Today, as I exclusively pump milk for my little one, I am still dependent on a yaya to take care of Jack when I’m tied up at the pump, when I’m working, or just when I need to recharge.

My husband and I appreciate that our yaya seems to have genuine concern for our son, but being 45 years old and having raised five kids of her own, she says she wants to go back home to them.

I believe we all like to think we treat our help more than fairly, but since these matters are not exactly Googleable, I needed to know if we are really doing things right. Before we started the hiring process, I decided to get actual information from my friends with small children who have yayas.

The volume of information I got was overwhelming, as 37 of my friends candidly shared their experiences with me; their names have been changed. I realized what a passionate topic this was for parents.

Not all about the money

Higher pay does not necessarily guarantee a happy nanny-mommy relationship, nor does it directly correlate with performance. Said Melanie, an entrepreneur mom of two, “Our first yaya (P7,500 + SSS P500) lasted eight months; she was super spoiled. Our second yaya (P7,000 + SSS P500) lasted for a year; started out okay, but then became lazy and spoiled. Our third yaya (P5,000) has been with us for nine months now; she’s okay but fights with all my maids. We also have an all-around maid plus helper yaya, who gets P3,500 but gets weekly days off.”

Working mom Fatima knows her yaya is worth more than the P4,500 she pays her, but she just does not have the budget for it. And yet, her yaya has been with them for about eight years and has taken care of all three of her kids. “She doesn’t want to move to another employer. She’s like family to us na,” said Fatima. “If she needs to go home to her hometown, I shoulder her (one way) airfare and give her bonuses from time to time when I have extra money.”

Lara, a working mom of four, said, “Mine started at P2,800 and now she’s at P3,200. Last year, since her performance picked up naman and she displayed reliability and trustworthiness, I increased her pay twice. I know P200/month is so small as an increase, but she enjoys overtime rates. She gets overtime pay on the seventh day if she works seven days straight (if she didn’t take a day-off).

“As per Department of Labor and Employment (DOLE), her rate is 30 percent more than the usual, I think, and then she gets the same holiday pay as per DOLE as well. I researched that online, and so far, even the yayas I let go always come back and remember this motivational part of their stay with me.”

You also have to consider the neighborhood you live in, given that yayas talk to other yayas, too, and we all know good yayas are hard to find.

Paula, a working mom with one child, increased her son’s yaya’s salary every six months, at about P500 a year. “Right now, she’s at P4,000 and has been with us since my son was born,” she explained. “Living in Ayala Alabang means our yaya gets a village and barangay ID, which she can use for free medical, dental and, I think, legal services.

“We also give her 13th month pay and money on special occasions, such as on her birthday and Christmas. When there are some months that she texts or calls me a lot, I give her extra money for her prepaid load to sort of reimburse her.”

Kate, a working mom of one, shared, “In our village, the range is P4,000-P8,000. We give our yaya P5,500 plus annual paid one-month leave, Christmas bonus equivalent to a month’s pay, and day-off once a month (usually overnight). We also pay for medicine or checkup when she gets sick, which is fortunately seldom. We required her to have a medical checkup when we got her. I’ve been planning to get her SSS, but haven’t gotten around to filing for it yet.”

Trina, an entrepreneur mom of four, said, “I usually give them P3,000 for the first two months and increase to P3,500 on their third month. That also gives me time to let them know the increase is performance-based. So corporate, no? Then on top of their 13th month pay, every December, we give them P1,000 for every year of service with our family.

“The reason I do this is, these yayas nowadays find it so easy to come and go. Once they know of another family hiring with a higher salary, they have the perennial excuse of saying their mother needs them back home, then off they go. I also pay for their SSS contributions. I don’t have any other perks other than the bonuses. However, once a year they join us for our beach trips during summer. I’m told they look forward to that every year.”

The Social Security System (SSS) has a House Helpers Program based on the provisions of R.A. No. 7655, which mandates the registration of maids and yayas below 60 years old earning at least P1,000 a month with SSS for her to enjoy social security benefits such as sickness, maternity, disability, retirement, death, funeral grant, supplemental disability allowance, 13th month pension, and dependent’s pension.

Six of the 33 respondents pay for their yaya’s SSS contributions, four are about to do it, while two yayas voluntarily contribute without their employers’ assistance.

It was also interesting to see what the respondents considered as yaya “perks.” A number consider the basic food and shelter provided as perks, as well as being included in the family’s outings and meals out. Others illustrated perks to be “eating what we eat” or letting the yaya watch TV when the family has turned in for the night.

A basic toiletries package is provided by 30 percent of the employers. Some regularly provided this, while others did so only upon first arrival.

“I buy for them napkins, deodorant, shampoo, conditioner, toothpaste and lotion. They really appreciate this, kasi that’s their only splurge sa body nila,” shared Queenie, a stay-at-home mom of two. “I figured if they’re fresh and clean it benefits my kids, as well. They give me a list of their brands each month. Medyo mahal, but I can scrimp on other things sa household budget naman, para everyone at home is happy. We don’t want them to feel second-class. We want them to love our children so we avoid those feelings of indifference.

“The main rule is to be hygienic and sanitary when they deal with the kids. Pero I realized that we should forget that rule that they shouldn’t kiss your kids because they do when we’re not around anyway. And, like my mom said when I was so OC about these things before, ‘buti na kiss kaysa sinasaktan. I think the key to being happy is that we adjust also to their little quirks. Siempre they’re human, too.”

(Next week: Days-off and loans)