Voting and the youth: Do we really care? | Inquirer Lifestyle ❮ ❯ 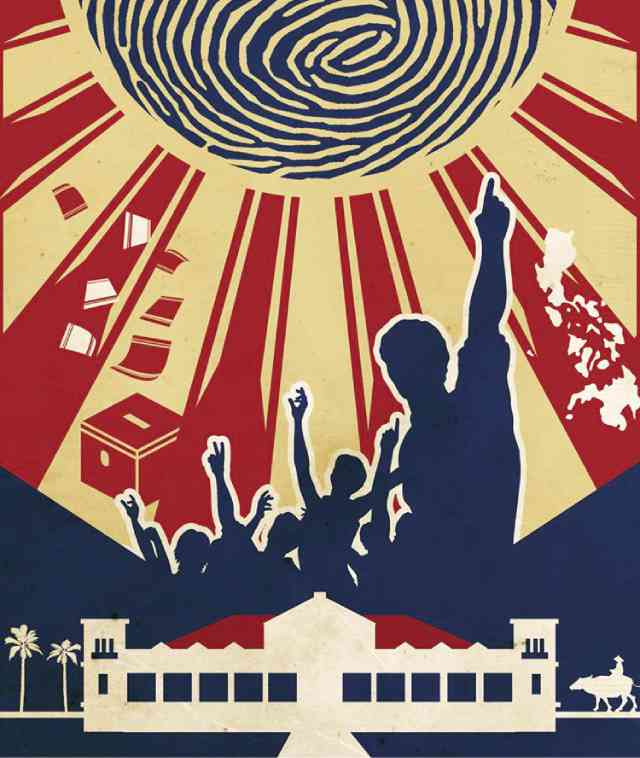 Voting and the youth: Do we really care?

The world of the youth is comprised mainly of the individual and his or her needs, such as education, family, friends and other necessities.

That being said, we teenagers seldom think about the world we live in in terms of who leads us, as we are fixated on day-to-day things. Rarely do we stop to think about problems of the world, such as corruption and politics (unless we’re in the school setting, forced to debate on certain world issues through after-school activities).

The teenage years are, therefore, sometimes lived with horse blinds on; we’re somewhat closed-minded, stubborn and self-centered. Though there are the exceptional altruistic, up-to-date, learned teenagers, the majority of us simply turn away from things that don’t interest us.

Such “boring” things could include politics and current events. Really, how many of you  watch the news every day? How many of you strongly express your beliefs and opinions about the nation’s representatives or politicians outside the school setting?

I do acknowledge and applaud the few who actually do this. But a seemingly universal trait of teenagers is an indifference to reality, poverty, corruption and the plight of the world.

It’s funny how we are prepped rigorously to be the world’s next leaders, yet we are rarely immersed in the world of politics. Thus, when it comes to voting and voting registration, teenagers are also indifferent to the process.

In a democratic society, it is our duty as citizens to exercise the power we’re given, in that we have a say in who leads us. However, as teenagers, we are not aware of this duty, and we close our eyes to it, seeing it as boring or uninteresting.

Instead, we turn our attention toward the things we consider important, such as friends, family and academics. Universities seek students who are “holistic,” and though we may balance sports, extracurricular activities and academics, I believe that we are far from that. How can we be holistic if we show indifference to our country’s leadership, often not even knowing who the candidates are?

Thus, the question arises: what are the thoughts of the youth about our current political structure? Our forefathers didn’t fight for suffrage for naught. We completely disregard this gift that we’ve been given, opting in some cases not to even register to vote!

When I asked some friends what they thought of voting registration, some actually replied, “What’s that?” The whole idea of voting that was so fervently fought for decades ago seems alien to many of us teenagers today.

When I asked some friends why they didn’t particularly care for elections, they told me that it was because it didn’t “affect” them. They may think it doesn’t affect them now because it does not make a difference in their lives as teenagers. However, it will make a difference as they grow up to realize the very power they hold in determining potential leaders.

Some of my friends say that they have “no time” to care, which means that they don’t make time, and thus they do not consider elections and voting important.

However, it is those in the middle class who need to care most, seeing as they are the ones with the most to lose, whereas the upper class can opt not to care, as things will go well for them regardless of the turnout.

Furthermore, when I ask why they don’t care, they tell me that it’s because our country has been led by many corrupt politicians, so it seems pointless to vote. Thus, with their negative perspective and self-centered attitude, the fight for democracy of our forefathers seemed futile.

Some may blame the current education system for not teaching us how to vote, how to pay taxes, how to distinguish political parties, and call it outdated, as it was set up to meet the needs of industrialization two centuries ago, and has not been changed since.

However, it is my opinion that the education system should not have to instill in one a desire to fulfill duties, such as the right to vote and to register to vote. I believe that at a certain age, we must wake up and know and exercise our rights. After all, we are the next generation.

How to register for voting:

1. Present yourself to the election officer of the place where you intend to vote, and inform him of your desire to apply for registration.

2. Fill out the appropriate application form.

3. Present yourself for the capturing of your biometric information (digital image, fingerprint, electronically recorded signature).

The Commission on Elections reminds everyone that registration of voters for the 2016 elections started on May 6 and will run until Oct. 31, 2015. We have 14 months left to register. Candidates must meet the requirements: must be 18 and a resident of the Philippines for at least one year, and must stay in the Philippines six months after elections.