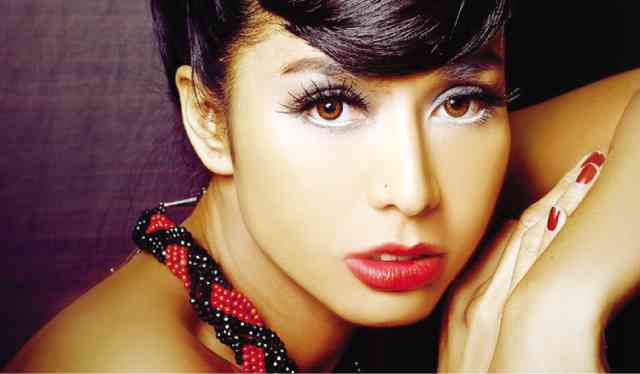 The looks are extreme: from straight hair with lack of volumized roots to bouncy Afro curls and pale lips to scarlet pouts.

Although they are this year’s beauty trends, hair and makeup artist Angelo Justin has been espousing these looks on his clients and for his salons, Angelo Justin Great Cuts.

Nearly 40 years in the business, Justin remains successful despite the competition posed by high-end salons that pamper their clients to the hilt.

“It’s not a job, it’s a passion,” he said. He also attributed his enduring career to his rapport with people.

Born to an Italian-Ilonggo father and a Spanish-Ilonggo mother, Justin was the youngest of nine children who grew up in Tondo. His sister would dress him up like a doll, replete with skirts and heels.

Eventually, he took up cosmetology at the Kollerman School, learning the basics such as manicure, pedicure and hairstyling.

As a teen in the 1970s, he worked as a mobile hairdresser and makeup artist, sporting long hair and dramatic eyelashes, and walking in heels. He further honed his skills under the tutelage of a seasoned hairdresser.

Eventually Justin found employment at a salon in the red light district where he dolled up commercial sex workers and nightclub employees.

One of the salon’s clients, an Arab, was impressed with his haircutting skills. He invited Justin to work in a barbershop in Alkobar, Saudi Arabia.

When his contract ended, Justin found another job in a nearby city where he was tasked to manage several barbershops.

Weary of trimming beards and cutting men’s hair, he longed to play with women’s tresses and makeup colors.

Justin came home to start his own business in Pasay in the mid-’80s. As his business flourished, Justin was able to save up money to take up hairdressing courses at Toni & Guy and Vidal Sassoon Academy in London.

His first big break was to be invited to work for the Rodger Craig salon at the Peninsula Manila. The salon assigned him to do hair and makeup for magazine shoots.

As the glossy magazine industry was thriving, so was Justin’s career. In 1994, he was one of the hairdressers at the Miss Universe pageant in Manila. He worked on the updo of Miss Universe Sushmita Sen.

Justin also worked for other prestigious salons such as Franck Provost and the Basement in Rockwell Power Plant. He has also been the brand ambassador for L’Oréal and Davines.

Today Justin enjoys being a hairdresser-entrepreneur again. With his business partner Amy Revilla, they set up Angelo Justin Great Cuts at the Hotel InterContinental and at 85 Timog Avenue, Quezon City.

At this stage in his career, Justin said he wants to share his wisdom to aspiring hairdressers and makeup artists. “My dream is to train the younger ones who can’t afford to study abroad. I can teach them everything from professionalism to finding the right color to suit the client’s personality. I want to refine their knowledge of cosmetology and hairdressing. I hope that I can have a school so that I can give them skills for their livelihood.”