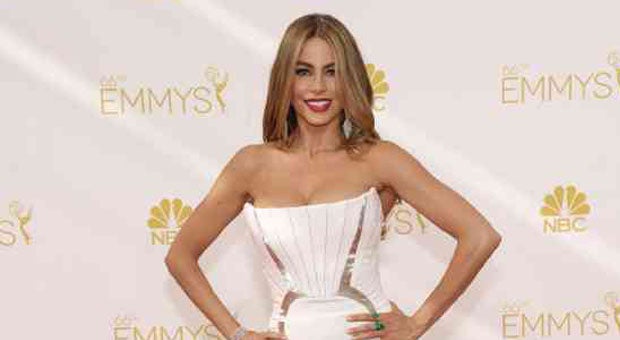 Red was inarguably the new black at the Emmy 2014 red carpet, but stars who showed up in bridal whites certainly didn’t play bridesmaids on the

Colombian bombshell Sofia Vergara played up her assets in all-white Roberto Cavalli, while Robin Wright bucked the long-dress memo and went for a white Ralph Lauren jumpsuit with a scooped-out back, which showed off her enviably toned backside.

Like Alves, actress Michelle Monaghan also seem to have received the demure-goddess  memo with her long-sleeve white Giambattista Valli Couture, with just the right amount of skin showing via a high slit on the skirt.

While not strictly white, Gwen Stefani’s Versace dress was almost coy and decorous for the edgy star of “The Voice.” But a hint of skin via metallic panels on the bodice and the belly gave off just the right kind of edge befitting a rock star at the Emmy’s.    CVM