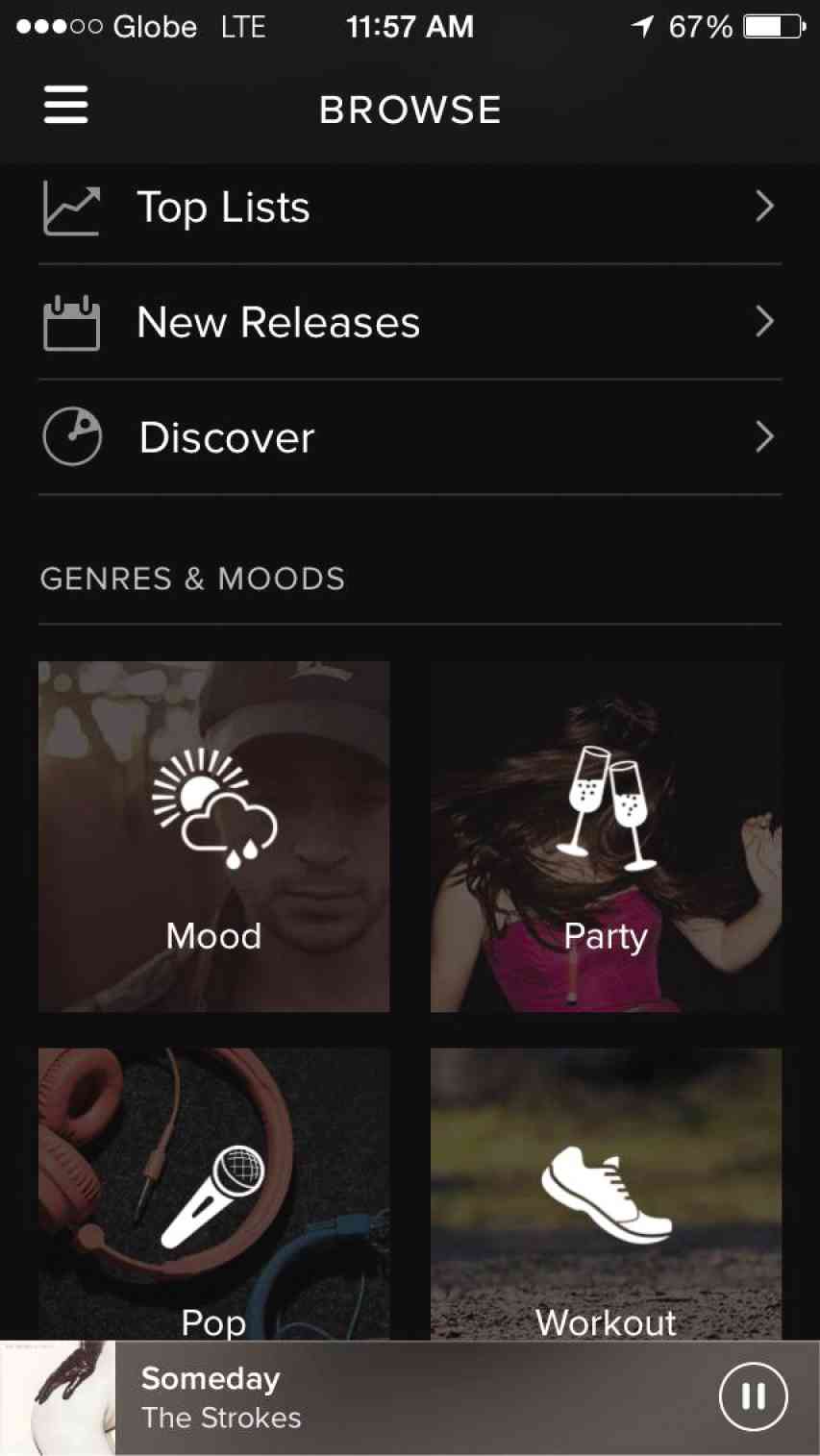 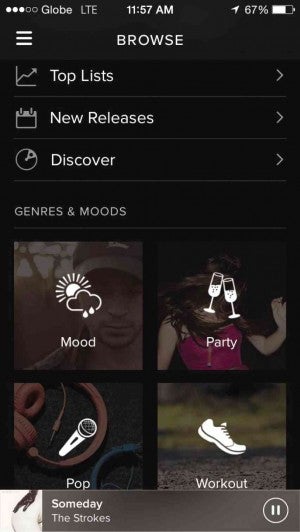 “Twenty years ago, if you told me that I could listen to 30 million songs on my phone, I would say you’re crazy,” said Sunita Kaur, Spotify managing director for Asia.

Spotify, a commercial music streaming service launched by a  Swedish startup in 2008, has more than 40 million active users in 57 countries—over 10 million of whom are paying subscribers. Although largely a free service, Spotify has paid back more than $1 billion in royalties to artists and their labels—out of money generated through ads and subscriptions or upgrades to Spotify Premium.

The music app has also served as a convenient platform for new artists to put out their music.

Last April, the Philippines became the latest Asian nation to join the ranks of “Spotified” countries.

How do you curate your playlists?

Sunita: We’ve got a team that builds playlists, and we’ve got so many user-generated playlists… When a playlist actually starts to gain a bit of attention, we’ll add it to our Browse catalog. Browse is my favorite!

It’s going to get even better. Earlier this year we bought Echo Nest, a 10-year-old company whose business is music recommendation. This is the company that most streaming services in the world are using, and we just acquired it. Echo Nest and Spotify are going to get even closer and better at what we do.

Who are some of the artists that you’ve recently discovered?

Sunita: I am, currently, absolutely obsessed with Sia; I think I’ve listened to “Chandelier” like, five times today. And I’m very taken with Abra, I think he’s amazing.

How different is the Philippine Spotify market from the other countries?

Sunita: About 46 percent of people in Asian countries are listening to Spotify on mobile. In the Philippines it’s 78 percent.

The other thing we found out, which really put a smile on our faces, is that there are already over a million playlists that have been created by Spotify users. This is a number that takes us a couple of years to get to, but in the Philippines it only took us four months. That was so cool. That was my favorite little nugget from the Philippines.

Based on stats, would you say that Filipinos have great taste in music?

Sunita: What we see in the Philippines is a diverse taste in music. We were looking at what’s trending in OPM and international—for OPM we have the great Eraserheads, Sarah Geronimo and Up Dharma Down, but for international, Boyce Avenue is huge here, along with Katy Perry and Coldplay. So it’s such an eclectic mix.

Belle: Boyce Avenue is quite interesting—in terms of Asian listeners, we’re like the only ones… Because I think the group started out on YouTube, and we absolutely love covers and acoustic music.

How many Pinoys are in Spotify’s Asia team?

Belle: I’m there flying the flag. When we launched Spotify Philippines, we had some 40,000 followers. It’s actually the biggest page in Asia Pacific. We also worked with Manny Pacquiao to provide his own favorite OPM love songs. Most recently we had a merienda playlist that includes Sandwich, Hotdog and Mayonnaise.

Is OPM heard out there?

Sunita: Yes. A lot of people were very surprised that we launched in the Philippines so soon, but that’s because we not only wanted to bring Spotify here, we also wanted to take it to the world so anybody in Singapore or the Middle East will be able to have access to the music now.

Belle: Carlos Castaño (a local indie singer-songwriter) is actually opening for F1 this year, so Singaporeans are aware of Filipino acts. They listen to a lot of Urbandub as well as Faspitch and Typecast.

Sunita: And then of course, Regine Velasquez. She’s globally huge.

Do you think “physical” music, like CDs and records, still has a place in this digital age?

Sunita: We’re moving into the age of access versus ownership, and that’s just going to push anything digital even more. We’re a one-click society; everything’s just one click away, and we won’t tolerate buffering, so it also pushes companies like us to do better. Your vinyls and CDs had their day, but with the way the world is growing,
we have to build for today and for tomorrow even more.

Sunita: It is, and I hope not for much longer, piracy. It’s a tough one. When we were preparing to launch in the Philippines, we’d always look at the piracy data. We knew it was bad; we didn’t think it was that bad. We looked at the total percentage of music that was being listened to illegally and it was 95 percent!

It’s an enemy to the entire art form, not just music but film, authors, publishers and everything, so it’s a good kind of cause to get behind. If we don’t, then in 20 to 30 years, no one’s going to be able to support those industries. So that’s a battle; it’s education, it’s pounding the pavement, talking to people and saying, “Don’t do this, do this, we’re going take care of everything for you. It’s safe, it’s legal, it’s free. Try it, please.” All we can ask is for people to try it. That’s been point number 1 to point number 10 to do.

Even if it’s free, we still want to return revenue to everybody, so it’s ad-supported. Even then, we make sure the user experience is good; when you think about the audio ads, it’s two to three minutes every hour, that’s it.