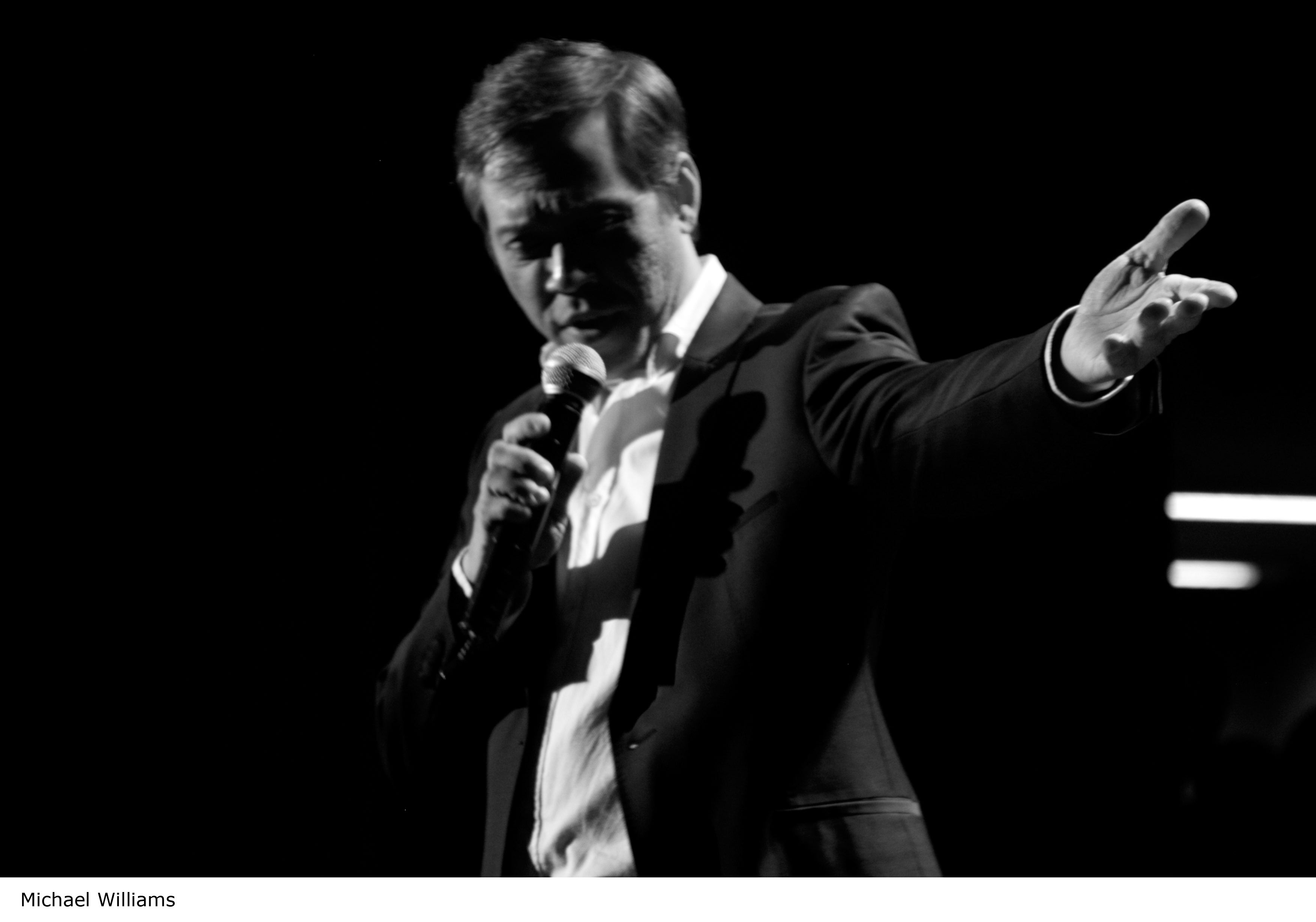 MANILA, Philippines—Michael Williams stages his solo concert entitled “Never Felt Better” on September 18 at the Cultural Center of the Philippines’ Tanghalang Aurelio Tolentino (CCP Little Theater) at 7:30 pm. This show is the second concert of the series “Triple Threats: Leading Men and Women of Philippine Musical Theater”. The first concert held in August was top-billed by Sheila Francisco.

“Triple Threats: Leading Men and Women of Philippine Musical Theater” is a series of solo concerts featuring the stalwarts of Philippine Musical Theater. Each concert is an intimate evening of beautiful music, personally selected by the artists themselves, from their vast repertoire of favorite songs from Broadway, West End, original Filipino musicals and the movies.

Dubbed as a series of “concept concerts”, the narrative of the performance is dictated by the song choices. It is a rare opportunity for the audience to see a different facet of the acclaimed theater, television and film artist being featured. The definition of a “triple threat” is someone in a particular field who exhibits the three skills that are necessary to excel—can act, can sing and can dance.

Williams is a veteran actor of Repertory Philippines and has performed in its productions for the past ten years. He started in the chorus of “Woman of the Year”, 1984, then played a supporting role in “The French Have A Word For It”.

Since then, he has played lead roles in such productions as “La Cage Aux Folles”, “Pirates of Penzance”, “Broadway Bound”, and “Yankee Pankee ‘98”. In 1989, he landed a part in “Miss Saigon” and played the role of Lun Tha in the London revival of “The King and I”.

He performed in the Repertory Production of “Les Miserables”, where he alternated between the roles of Javert and Marius, as well as in other theater productions including “Zorba”, “Moose Murders”, “Little Shop of Horrors”, “Man of La Mancha”, “Gigi”, “I Hate Hamlet”, “The Lion Winter”, “Les Liaisons Dangereuses”, “Fool’s Mandrogola”, “A Doll’s House”, “Florante at Laura”, and “Once on This Island”. Recentlly, he was cast in one of the lead roles in Resorts World’s production of “Priscilla, Queen of the Desert”. Currently, Michael is also part of Red Turnip Theater’s production, “Rabbit Hole”.

Capping the series on October 9 is “Everything in Bituin” with singer-actress Bituin Escalante.

“Triple Threats” is presented by the Cultural Center of the Philippines. Subscriptions to the three concerts are available at P2,500 and P2,000. Individual concert tickets are P1,000 and P800. The following standard discounts apply: 50% for students (only for the P2,000 subscription and P800 individual tickets), 20% for Senior Citizen, Persons with Disabilities (PWDs), Military and Government Officials.