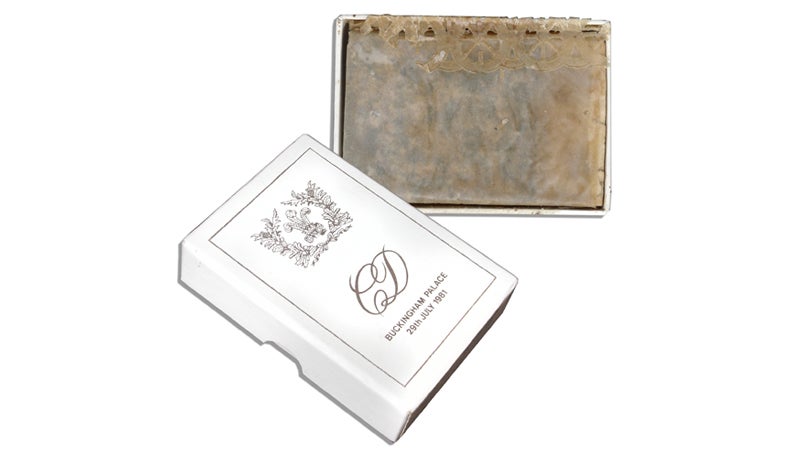 LOS ANGELES— A 33-year-old slice of cake from Prince Charles and Princess Diana’s 1981 wedding has sold at auction for $1,375.

The cake, still in its original white and silver presentation box, was sold online Thursday by Nate D. Sanders Auctions of Los Angeles.

With the box was a card stating, “With best wishes from Their Royal Highnesses, the Prince & Princess of Wales.”

Although the cake came wrapped in its original wax paper, Heller says it wouldn’t be a good idea to try to eat it.

He adds, however, that there is a small but dedicated group of royal cake collectors.

Some, Heller says, have purchased cakes dating to the days of Britain’s Queen Victoria, who married in 1840.