Gear up for the holidays by making that list | Inquirer Lifestyle ❮ ❯ 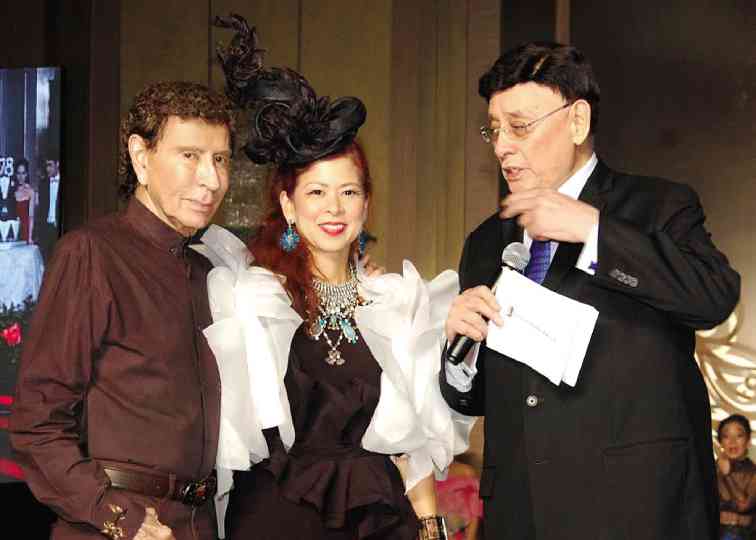 Gear up for the holidays by making that list

On the last day before the ’ber months, I promise to start early with my Christmas shopping. Well, with all the birthday celebrations this September, it might be difficult to start on my list this early into the season.

Birthday celebrators include Johnny Litton, the quintessential master of ceremonies, who celebrated his milestone in the company and enjoyment of his family and friends at the newly renovated Mayuree Ballroom of Dusit Thani Manila.

With his irrepressible sense of humor, Johnny had diplomats, captains of industry and close friends in stitches as he thanked them for sharing his special night.

This year, Johnny was presented with a two-part fashion show that featured the beauty of parenthood and women at their prime looking gorgeous as ever. This highlight of the party was resoundingly applauded as cute and adorable children walked down the ramp with their mothers.

Two of our Red Charity Gala ladies, Shelly Lazaro and Nikki Tang, gracefully walked down with their sons in coordinating outfits. Cute Aiden Lazaro got the audience clapping when he walked down with mommy Shelly, and handsome Malcolm Theodore Tang escorted his mom Nikki down the ramp.

Generous and sexy Red Charity Gala donor Salome Uy also joined the mini fashion show, along with Wilcon Depot’s Rose Ong, and Fortune Ledesma, all of whom added grace and style on the ramp. Johnny’s grandchildren opened the show with a romp on the runway, much to the surprise and delight of their loving grandfather.

Guests shared in the merriment of the evening with a sumptuous cocktail buffet prepared by the hotel’s seasoned chefs, and exquisite Titania wines to wash it all down. Music and entertainment were care of the New Minstrels Divos. Tokens from Rustan’s L’Occitane, Aficionado, Beabi, Laneige and Van Laack were given to the guests to take home.

A few days after, another special friend celebrated his 60th wonderful fun-filled party at the Buddha Bar Manila. Super cool Peter Coyiuto of First Life Financial hosted an enjoyable affair with his family and friends, business partners, and fellow alums from his alma maters La Salle and Wharton.

A really funny guy, Peter made a James Bond-inspired video with master videographer Jason Magbanua to the delight of all the guests. Clearly there is so much more to Peter than just being an insurance maven.

Peter’s wife Elena surprised her loving hubby with a cheery dance video along with her Zumba friends. Dancing and grooving, our Polo Zumbanatics gang gamely video-taped our class at Manila Polo Club and ended with a birthday greeting to the main man.

In lieu of gifts, Peter requested his guests to donate to Caritas Manila. His personal mantra is, “What will linger behind all of us at any given time would offer a life for the survival of a family member, and yet we lead our daily lives too often taking them for granted. A happy family is an early heaven.”

In a more intimate but memorable affair, Rustan’s scion Donnie Tantoco celebrated his own birthday at Las Flores Restaurant. Donnie and his wife are close friends and he was a ninong at our recent 20th wedding anniversary. The party was themed “college days” and close friends came dressed in argyle and plaid skirts and knee-high socks. The entire Tantoco clan came to party, just as they all did at the recent event at Rustan’s Home and Entertainment at the Home Section of Rustan’s Makati.

Rustan’s Home asked several stylishly elegant ladies to create vignettes featuring the different brands that Rustan’s sells. Each lady was given a specific theme and space to design and compose a setup.

A contemporary breakfast in bed was the concept of beautiful equestrienne Michelle Barrera. Inspired by her passion for horses and her attraction to modernity, Michelle created her living space clean and free of clutter.

A Moroccan afternoon tea setting was the vignette of Jia Estrella. The enchanting Moroccan riyads served as her inspiration for the setting. Using jewel tones that represented key cities, Marrakesh red and Essaouire blue were mixed with the traditional Moroccan zelig mosaic as backdrop.

For Inquirer’s Ria Prieto, a warm eclectic dinner party was her unique setting. Lots of flowers and fruits added color to Ria’s vignette. Her selection of items include Bernardaud dinnerware, Herdmar flatware and home décor from Entrada Global.

Another vignette was that of Rustan’s Sevrine Miailhe who created an elegant living space using Meissen, a German brand in her setup. Stephanie Zubiri used Marchesa by Lenox, Pols Potten and Cristal De Paris in her dining vignette.

She played around with a Prussian blue wall with black, white and beige color combinations. Visit Rustan’s Home and check out the other beautiful vignettes for excellent design ideas and early Christmas shopping.

Rustan’s is also a sponsor at the upcoming Red Charity Gala. Our featured designer this year is Jesus Lloren, who has a fashion line in the elegant department store.

Happening this weekend only at SM Aura Premier is the SM Aura Sale, with extended mall hours and special promos. Exclusive discounts and surprises from all the top retail brands await all shoppers. Spotted shopping and enjoying the late-night action were Vicki Belo, Cristalle Belo, Sarah Lahbati, Bela Padilla, Denise Laurel and several other celebrities who were delighted to shop until midnight over this weekend.

So start working on that Christmas shopping list by heading over to SM Aura Premier today. The sale is on until 11 p.m. tonight.