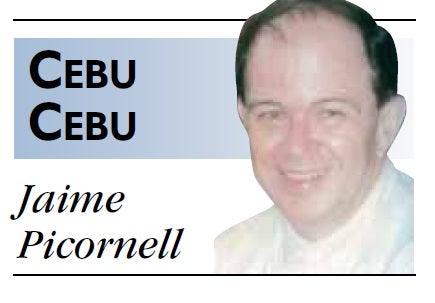 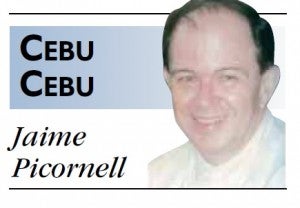 As it does every year, the Marco Polo Plaza Hotel in Cebu celebrated the national day of Switzerland with a grand affair at the open air terraces of the hotel’s third floor. Guest of honor was Raoul Imbach, deputy head of mission at the Swiss Embassy in Manila.

He was given a royal welcome by the Marco Polo’s Swiss-born general manager Hans Hauri with wife Bo Hauri and their twin sons, Morgan and Austin. Bells were rung, toasts offered and large sparklers lit up. The weather, rainy for the most part of the day, cleared by evening to everyone’s relief.

As it has become a tradition, there was a sumptuous buffet laden with Swiss specialties—cheeses, sausages, dried beef, pastries and chocolates prepared by the hotel’s chefs.

The event served as opener to a 10-day Swiss food festival at the Hotel’s Cafe Marco, for lunch and dinner. Shortly after, the Marco Polo was once more in the limelight with a grandiose evening of ballet at its ballroom.

Chair of this wondrous event was Dr. Vivina Chiu Yrastorza, who tapped a main sponsors, Biogesic, and harnessed the energy of the Pediatric Society of the Philippines presided by Dr. Jose Antonio Quitevis. The Marco Polo was also a co-presentor.

It was all for a noble cause— the pediatric community services rendered to La Guerta Village in the Lahug area of Cebu City.

In the process, Cebu was treated to a superlative evening of overflowing enchantment as only a well rehearsed repertory can achieve. “Thanks to the Mango Square Dance Studio where we rehearse,” Fe Villarica said.

The program opened with the company’s principal dancers, husband-and-wife team Chris and Sheila Manlunas as Diane and Aecteon in a number inspired by the Greek myth.

This was followed by two danseurs doing an athletic choreography by Chris Manlunas set to music by Schumann. Next was “Le Spectre de la Rose,” which brought the house down.

Chris did a superb performance of a role created more than 100 years ago by choreographer Michel Fokine for Vaslav Nijinsky who attained world fame with his interpretation of it.

Chris admitted it was his most cherished dream to perform this role, and here he was partnering with Sabrina Bogard, the most promising member of the company, as the girl just returned home after her first ball, holding a rose.

She falls asleep and dreams that the spirit of the rose comes to dance with her. Benjie Diola, technical consultant and director of “Highlights,” created a costume for Chris with red velvet which was an exact replica of what Nijinsky wore.

The program further progressed with a “divetissement” from the ballet “Napoli,” and two choreographies by Chris Manlunas laden with Filipino flavor. One was “Siningkilan” with Muslim overtones, the other “Mayon,” set to the music of Buencamino.

Five ballerinas did a coquettish romp as sailorettes in “Here Come the Navy,” to the catchy music of the naval march made popular in the film “The Bridge on the River Kwai.” It was a teaser for what followed.

Excerpts from the ballet “Sylvia” made for a stunning finale, starring Chris and Sheila Manlunas in the grand pas de deux. Frederick Ashton’s choreography was used for the immortal music of Leo Delibes.

Dancing as nymphs and satyrs, and later the galop, was the entire cast. Kudos to all. Company members were Sabrina Bogard, Menreeve Canales, Graziella Lendio, Giselle Abalos, Criz Nebril and Jeffrey Tapang.

Applause was solid and more than enthusiastic as the entire cast took several curtain calls. Fe Sala Villarica was among them receiving a huge bouquet of flowers from Hans. Also on stage, to present flowers to Chris and Sheila were Dr. Vivina Chiu Yrastorza and Dr. Jose Antonio Quitevis.

Many in the audience waited for Fe to come down from the stage in order to congratulate, hug and embrace her for presenting a truly wonderful ballet spectacle.

“Precioso, muy bonito,” said Annie Osmeña Aboitiz, adding she’d talk to Marissa Fernan about a repeat performance of “Highlights.” it would be a great idea to have it at the newly refurbished auditorium of St. Theresa’s College.

Many members of Fe’s family were present, Rene and Marget Villarica were with daughter Monica Villarica who dances with Ballet Philippines. Fe’s daughters were also there— Karen Villarica, and Maia with her husband Boy Franco. They used to dance principal roles in their time.

For that matter there was Dr. Mary Poblete Chan with her mom Dr. Pina Leyson Poblete. Mary’s forte was the role of Sugar Plum Fairy in “The Nutcracker.”

Seated on front row were Angie Mathieu with Rose Hennessy and her mother-in-law; Nelia Neri with her grand daughters Isabel and Ines who are taking ballet; Eloisa Fernan surrounded by children and grandchildren.