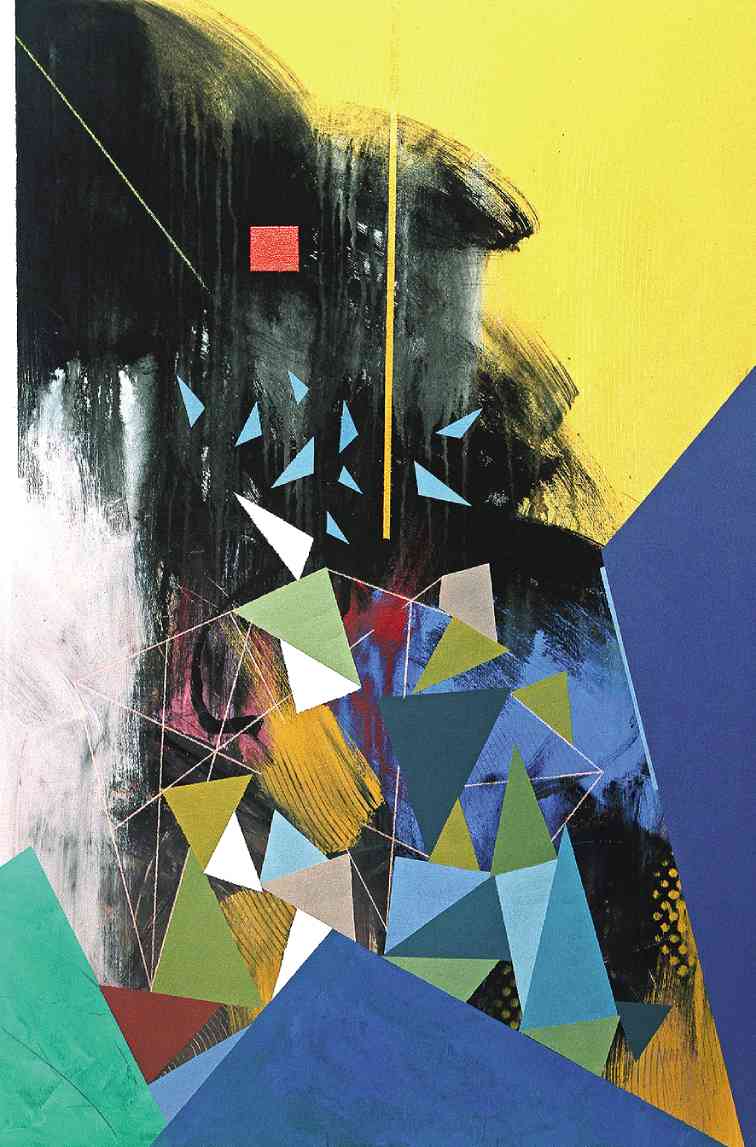 “AFTER the Rain,” by Zulueta

Ross Capili and Pinggot Zulueta are stalwarts in photography and photojournalism, but both have also a growing abstract art practice.

Individually, they translate the process of photography into abstracted forms that reveal intellectual depth and technical talent.

The exhibition “2View” brings these two artists together for the first time. It will open at Galerie Francesca-Megamall today, Sept. 1, at 6 p.m.

Multiawarded artist  Capili uses the flowing nature of Asian calligraphy as an inspiration for his new works. Using the spontaneity associated with Chinese and Japanese calligraphy, Capili works with glass and lacquered acrylic to bring about a different kind of art.

The series was first conceptualized in 1998 for a show in Ayala Museum. However, the lacquer fumes were difficult to deal with. So Capili spent the next few years working on the series, and the works in the exhibition will be the first time the public can view them.

With over 30 exhibits, Capili’s works in the exhibit not only reflects on the entirety of his oeuvre, but his philosophy as well.

“Floating Thoughts,” for instance, gives off a “soft” touch and radiates tranquillity.

“Song Imprints” is an abstraction of what Capili feels when listening to one of his cherished vinyl records.

Producing portraits of newsmakers is hardly an effort for Jose “Pinggot” Vinluan Zulueta. But then again, this veteran lensman is hardly just that. How he got his break in newspaper drawing editorial cartoons is known mostly to his colleagues and close friends so his foray into painting was to be expected.

Zulueta would be the first to admit to uncertainty as to how his abstract works would be accepted by the audience. Even before joining the press, he was already a painter of representational works along the Social Realist vein.

His representational phase extended to his abstraction.

“It was full of human drama and emotion,” Zulueta says. “I was conscious to try and evoke Social Realism, and now that I look back, I realize my works were sad.”

In his upcoming show with Capili,  Zulueta is now more freewheeling as an abstractionist. Now, the photographer-artist concentrates more on the process rather than meaning.

His fascination with lines and geometry continues and while these elements are the main focus of this new collection, the vibrant colors that encompass the surrounding space prove that Zulueta has evolved as an abstractionist who’s no longer constrained by fear and uncertainty.

“I’m just enjoying painting now,” Zulueta says. “The works are nonrepresentational and it has no narrative and I guess as I grow older I realize that the struggle is over and it’s only right that I am able to express myself through this. It’s my commitment to myself.”

Capili understands this sentiment quite well. He deals with a medium that’s difficult to control primarily for its permanence.

Capili says he is guided by the spontaneity of intuitive calligraphy.

With layers upon layers, Capili says he builds up his work into a complete piece that’s both fragile and intimidating. The separation of colors gives credence to his attempt to create a painting within a painting.

“It is an intuitive expression in abstract,” Capili says. “Different medium, different approach. You can see the abstractionism but it’s not the type that disturbs.”

The show  “2View” will serve as a precursor to the two artists’ participation in the 2014 Langkawi Art Biennale and the 2014 Malacca International Contemporary Art Festival in Malaysia. “2View” will run until Sept. 15.