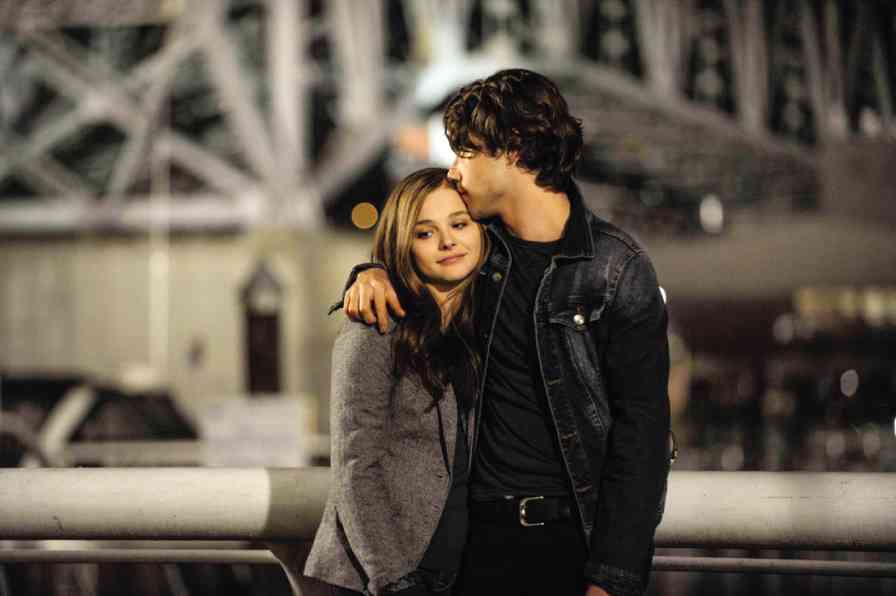 “IF I STAY” is an out-of-body romantic drama.

‘If I Stay’: Young Adult novel on life and death now a movie

An out-of-body experience situates Mia Hall (played by Chloë Grace Moretz) in a fork path that forces her to choose between pursuing her musical dreams and following the path to love.

This is the premise of, “If I Stay,” a movie adaptation of Gayle Forman’s best-selling Young Adult (YA) novel of the same title.

In the novel, Mia is described as a 25-year-old woman who loves Mozart and Back. But in the film, her age has been changed to 17.

In the story, Mia, a beautiful girl who is a candidate for cello glory at Juilliard, meets a terrible car accident that sends her in a comatose and leaves some of the family members dead.

The story is narrated by Mia as she traverses the world as a helpless ghost while her body is still in coma. She is then confronted with the decision whether to fight her way back to consciousness or fall into a hapless death.

Forman’s book has gripped YA readers around the world with its enthralling love story and its unflinching look at what one young girl would do in the face of a life and death crisis that suspends her between this world and the next and presents her with an impossible choice.

“I read it in one sitting and it shattered me,” said Cutler, whose big screen adaptation marks the documentary filmmaker’s feature debut. “The central premise—we are whom we love—was so evocative, so moving; I knew I had to translate the profound connection I had with those pages into film.”

Moretz, who plays the protagonist, was drawn to the inevitable struggle with love, hope and tragedy in the book.

“There is so much energy swirling around ‘If I Stay,’ so many teenagers and YA readers are completely infatuated with this story, so it was exciting to get involved,” Moretz said. “I was really eager for the chance to try and do justice to Mia and her wrenching conflict.”

She said the book showed how love brought out all sorts of different strengths and weaknesses, particularly when a catastrophe was involved.

“When you fall in love for the first time, it’s all new; you can hear your heart beat from across the world for that person,” she said.

Blackley, who played Mia’s love interest, Adam, said that he was captivated by the story and remarked how great it was.

“These two people find each other because they share the same passion for music, and their relationship is nuanced and complicated and really appealed to me,” Blackley said. “But then in the blink of an eye, everything changes without warning.  Contemplating whether you’re ever going to see someone again and be able to say everything you thought you’d always have time to say to them, is quite intense.”

In “If I Stay,” music is the connective tissue that threads Mia’s world together.

Mia’s life has always been infused with a rich soundtrack, because music has always been a priority in her house.  Mia’s father was the drummer in the punk band Nasty Bruises before he became a teacher.  Her mother carted Mia along to his gigs as a toddler and reveres women like Blondie’s Deborah Harry.

But Mia wants to play the cello at Juilliard.  And her heroes are Yo-Yo Ma and Beethoven.

“Mia’s parents embraced the punk ethos of living in the moment and the messiness of life and that’s just not who Mia is—she is a girl who needs order,” Cutler said.  “She craves structure and form and it’s one of the reasons she was so attracted to the cello and why the moment she met her first cello she connected with it.”

“If I Stay” is maybe following a usual trope in love stories, but it promises to offer more about love.

“Life is messy,” Cutler said. “There isn’t just one path.  It’s all the joy that comes from the surprises that it has in store for you, and all the tragedy that comes from those surprises.  What Mia learns on her journey with Adam is invaluable and helps her make her ultimate choice.”

“If I Stay” will open in theaters nationwide on Sept. 3.