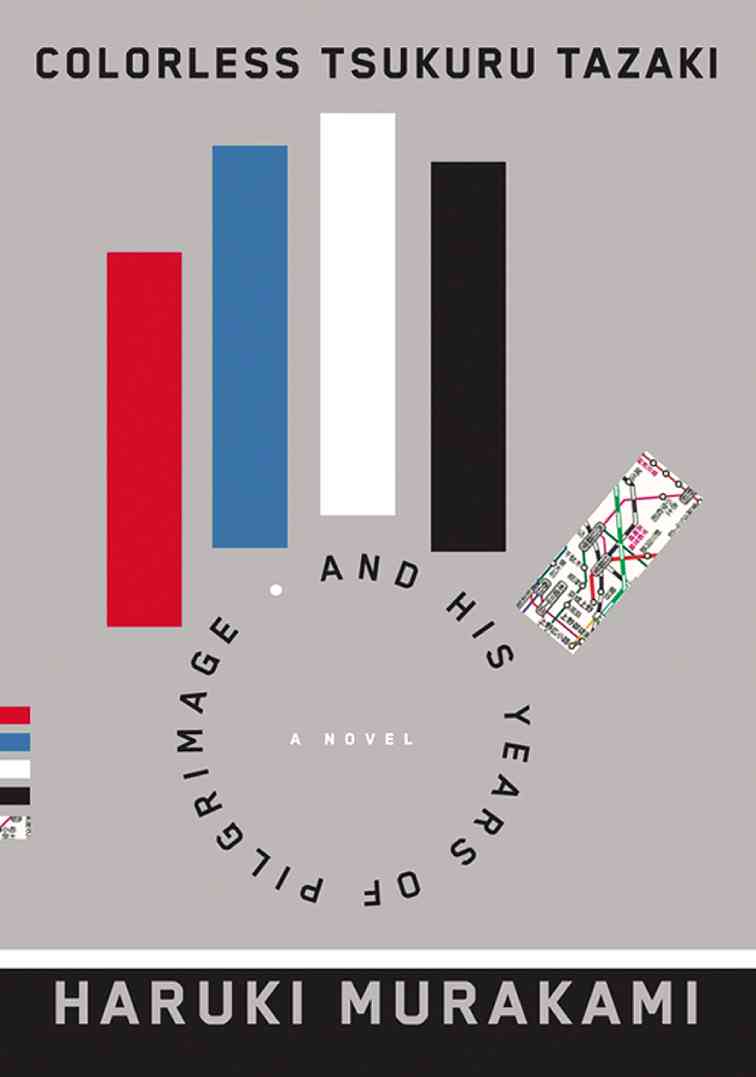 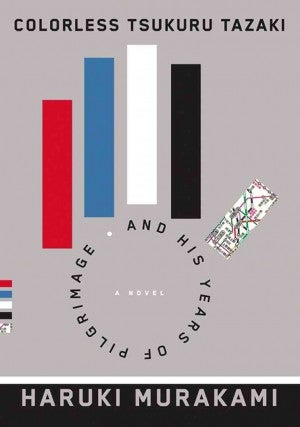 An odd twist twist of fate, the Japanese youth from Nagoya named Tsukuru Tazaki is the only one in his group of five friends whose name doesn’t include a color in Nihongo. That’s why friends dubbed him “colorless Tsukuru.” But his reticent, quiet personality lent the nickname a further fateful quality.

“Though he lacked a striking quality, or any qualities that made him stand out, and despite always aiming for what was average, the middle of the road, there was (or seemed to be) something about him that wasn’t exactly normal, something that set him apart. And this contradiction continued to perplex and confuse him, from his boyhood all the way to the present…”

The worldwide best-selling author of 1997’s “The Wind-Up Bird Chronicle” returns to the shelves with a project that is remarkably different from his last book, 2011’s immensely dense science-fiction-flavored novel “1Q84.”

Instead of working on a high-concept premise such as characters existing on separate dimensions somehow finding their way to each other, “Colorless Tsukuru” is a surprisingly straightforward journey of self-discovery and forgiveness—though with trademark Murakami elements.

While in sophomore year in college in Tokyo, Tsukuru is crushed when his four Nagoya friends elect to cut off all contact, a step that had Tsukuru pondering taking his own life. But he decided to go on, adapting to his new situation though he remained haunted by what his friends—Aka, Ao, Kuro and Shiro—did.

When Tsukuru begins dating a smart woman named Sara, all seems well. But after they sleep together and Sara finds out what Tsukuru’s friends did to him, she declares that she will not sleep with him again until he goes out and finds all his friends to ask why they did what they did.

What happens next in “Colorless Tsukuru” seems simple, but Murakami loads each encounter with meaning. Murakami being Murakami, the novel goes through some oddly obsessive diversions—the nature of railroad stations in Shinjuku, the challenge of pottery in Helsinki—aside from the central mystery of what’s up with Tsukuru Tazaki, especially when he ponders questions of a more sexual nature.

As always, Murakami loads each chapter with these beautiful bits of exposition: “Some things in life are too complicated to explain in any language,” or “Our lives are like a complex musical score… Why must the workings of people’s lives be so convoluted?”

There is an especially mournful quality to “Colorless Tsukuru,” one that echoes the elegiac beauty of the piece of music that seems to have inspired Murakami, Franz Liszt’s 1842 piano piece “Years of Pilgrimage.” It won’t hurt to listen to it while reading the book.

It is clear that the “years of pilgrimage” in the title refers to all these years Tsukuru has lived without seeking answers to the questions that gnaw at him. But these, together with discussions on free will and what draws people together, are tied together with Murakami’s distinctly dreamlike prose. Readers will discover all the many angles and moments that Tsukuru lives in, a daring diversity that belies his nickname. It’s a wonder- and tragedy-filled trip, something that is celebrated with the magnificent Tokyo subway map-inspired book design by Chipp Kidd, a design that turns this squat, fat hardback into an objet d’art.

It is worth noting that “Colorless Tsukuru” is just a little less than one-third of the massive “1Q84’s” 928 pages, but this new book is also much easier to read, flowing like a sad sonata. It is as if Haruki Murakami is trying to reward the reader with a swifter, more focused vision, a mesmerizing one in which they discover that “Colorless Tsukuru and His Years of Pilgrimage” turns out to be anything but colorless.