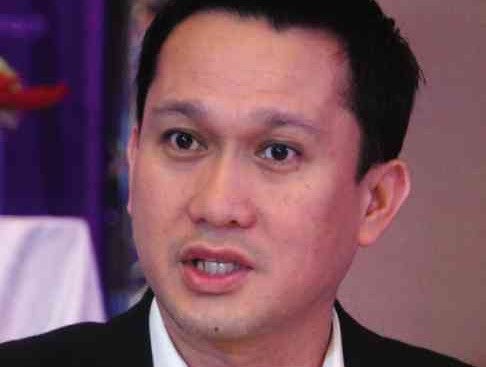 Guard against dengue–keep your environment clean

Dr. Sally Gatchalian, a pediatrician and specialist in infectious diseases, was not spared by dengue in her family.

When her daughter Gayle was 5 years old, she started having fever while the family was on vacation in Puerto Galera. Gayle was playing with her brother under the hut where she was bitten by a mosquito.

“Chubby children are more prone than skinny ones. My daughter was round,” recalls Gatchalian.

Gayle was still playing even when she had a fever. The mother prescribed an anti-fever medication for her daughter. After three days, rashes came out. Gatchalian’s suspicions were confirmed. Flushes are a sign of dengue.

Five years later, Gayle experienced the second episode of dengue which was more severe. “She had high fever and was feeling sleepy, although there was no abdominal pain. She was vomiting half a liter of blood and needed a transfusion. She was hospitalized, and I donated blood. Her fever lasted five days,” says Gatchalian.

“Dengue is a viral infection. There are no antibiotics or medications for it, just supportive therapy. It’s a vector-born disease, meaning it’s transmitted by a mosquito. The Aedes aegypti mosquito is the most dangerous. It thrives in clean water,” Gatchalian explains.

“The Department of Health advises that if you have plants at home, change the water often. The female mosquito transmits the virus. It lays eggs that will become larvae. In about a week, it becomes a pupa or kiti-kiti, which then develops into a mosquito. Once the mosquito infected with dengue bites the individual, he won’t get sick immediately. It takes seven to 10 days before symptoms appear.”

These mosquitoes usually bite on the back and sides of the body.

Contrary to popular belief, it is not a contagious disease that is brought by exposure to the patient. “If I stay beside you or you cough or sneeze, that doesn’t mean I’m going to get sick,” Gatchalian clarifies.

The virus is transmitted by the bite of a female mosquito that has already been carrying the virus after biting a person with dengue in the blood.

The symptoms are sore throat, gum bleeding, nose bleeding, abdominal pain and flat rashes, usually on the legs. Gatchalian cites the fever can last from two to seven days. If it persists, complications have occurred. “Another characteristic is the saddleback fever. When you think the fever has gone, it comes back after 12 hours,” she says.

The doctors request Dengue NS1, the standard test which includes the patient’s complete blood count, to check for blood plasma leakage, level of platelets and blood typing. Extremely low blood pressure can lead to dengue shock syndrome. Still, negative results don’t rule out dengue. If the patient shows symptoms, he will be treated as a dengue case.

“With dengue, the virus attacks the blood vessels. It increases the capillary permeability, that is, the fluid from the blood comes out. You need to hydrate. When the fever is gone, you need to observe the first 48 hours after it disappears. Sometimes the patient goes in shock,” Gatchalian says.

Peak incidences occur in children between the ages of 5 and 9, particularly active ones. However, many adults have also contracted the virus.

Guard against the Aedes aegypti  through the environment.  Control open collections of water, says Gatchalian. “The important thing is to get rid of the larvae.”

When symptoms appear, the usual remedy is rest, drinking a lot of fluids to be flushed out.

“Whatever fluid that you take in, that much you should expel. We monitor the complete blood count. Paracetamol is recommended as an antipyretic. Aspirin and ibuprofen cause gastric irritation and bleeding in the stomach. Sometimes, patients vomit blood, thinking it’s dengue, when actually the body was irritated by the medicine,” says Gatchalian.

GSK produces the fever-reducer and mild pain reliever called Calpol, which is ideal for children.

The Panacool Children’s Cooling Patch is made with natural ingredients and helps relieves the discomfort of flu.

GSK is collaborating with the Philippine Pediatric Society (PPS) and the DOH  in a campaign, “Aksyon Laban Sa Dengue,” and a barangay caravan to educate the underprivileged communities.

“The campaign will produce a module on dengue for the layman based on DOH guidelines. This will be cascaded by PPS to the different health practitioners and to barangays and schools,” says Yulo. “We will be visiting 20 of the identified dengue-prone areas in the country and will conduct an information campaign on how to prevent the spread of the disease.”