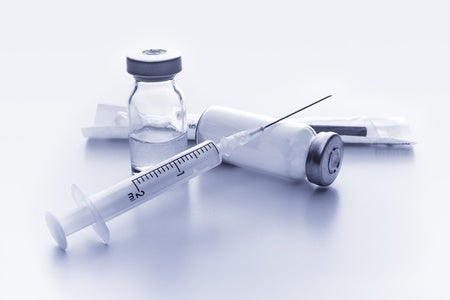 Led by the Department of Health (DOH), the month-long campaign is supported by the United Nations Children’s Fund (Unicef) and World Health Organization (WHO).

President Benigno Aquino III presented the keynote address at the launching ceremony, expounding on the importance of immunization as a powerful tool to prevent and eliminate life-threatening infectious childhood diseases, and to avert preventable child deaths each year.

The nationwide campaign is a follow-up to the Global Commitment to Child Survival — A Promise Renewed initiative to accelerate action for maternal, newborn and child survival. It aims to protect about 13 million Filipino children against measles and rubella, and 11 million against polio.

UNICEF has also supported $7.8 million worth of cold chain equipment to keep vaccines in potent condition.

“UNICEF will continue to support the Government in ensuring that every Filipino child has access to quality lifesaving immunization. Every child has the right to survive and thrive, to have the best possible start in life, and grow up to reach their full potential,” said Lotta Sylwander, UNICEF Philippines Representative.

The campaign seeks to reach all children, especially those from the most remote and hard-to-reach areas. For the whole month of September, DOH has identified at least one health centre or vaccination site in each community nationwide to provide vaccination services.

“Let us join together to protect our children from threats to their health. Bring your children for free immunization against measles and polio,” said Health Secretary Enrique Ona. “Vaccines protect children for a lifetime.”

Measles and rubella continue to be a threat to Filipino children, with a significant number of recorded measles cases and deaths in 2013 and 2014. To prevent the transmission of and ensure protection from measles-rubella, all children aged nine months to five years must be immunized.

Despite achieving polio-free status since 2000, the Philippines is still considered at high risk for wild polio virus importation and subsequent outbreak. Therefore, oral polio vaccine is critical for all newborn babies and children up to five years of age.