This diplomat can cook, and how | Inquirer Lifestyle ❮ ❯ 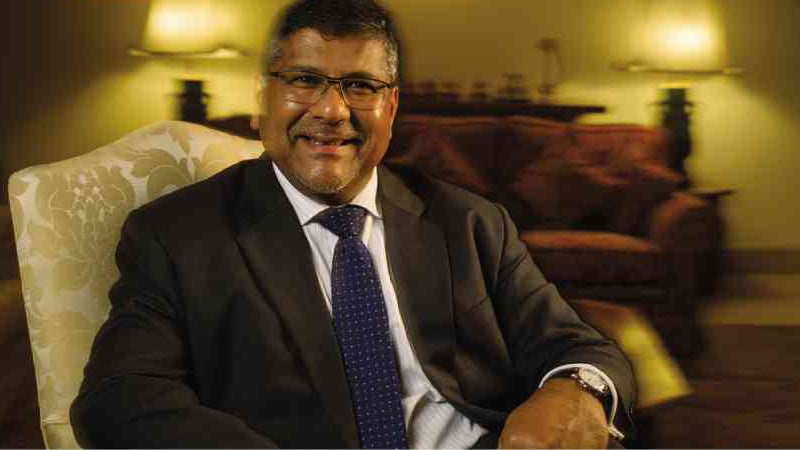 ASIF Ahmad has visited the Philippines and established ties when he was UK Trade and Investment director and Foreign Commonwealth Office head of Asia Pacific. “I’m lucky; not many ambassadors come to the country with a ready-made set of friends.” JOJO MAMANGUN

This diplomat can cook, and how

Amid high unemployment in Britain caused by the global recession in 1973, a sign outside a diner in London proved  providential: “Wanted: Cook.”

Asif Ahmad, then a 17-year-old student and a second-generation British Muslim, told the owner he had the culinary skills, and got the summer job before he went to university.

Cooking is in Ahmad’s DNA. His grandfather, a circuit judge in Bangladesh, would sail around the country to attend court sessions. Since the boat’s crew prepared country-style food and he was accustomed to urban cuisine, he ended up cooking his meals.

Apart from his grandfather, Ahmad  learned how to cook from his father, a diplomat. During the summer holidays, Ahmad would work in the kitchens in Britain’s seaside resorts.

The experience has proved valuable to Ahmad, a former banker and now British ambassador to the Philippines.

“Jomar (Siador, the embassy’s chef de cuisine) knows that when it comes to cooking in quantity, I can estimate and bulk up, whether it’s for 100 or two people,” said Ahmad.

Does he stick to a budget? “You have to,” he replied. “This is government money I’m spending. Not my own. For basic provisions, we buy in bulk to minimize waste and costs. I have a budget for a full year for my entertainment. I can’t just spend and not care about what I’m doing. If I’m sounding like I’m running a military operation or a hotel, that’s because I have to be disciplined.”

On a Monday afternoon, the embassy residence was preparing an intimate dinner. The table was laden with embroidered placemats from the Philippines, embassy plates embossed with the British crown, flowers from the garden, and menu cards with an image of the Union Jack, whimsically designed with raspberries, blueberries and nuts by Ahmad.

“I cook. That means I can do things hands-on. I work with the chef as partner. I’ve come up with many things on the menu. If the chef tries something new, he experiments with me before we serve it to guests. In my view, high-quality food from the hotels does its job, but I’m not sure if it does my country good.

“So if you eat food that has some British interface, that helps to make the food—and me—speak.”

The menu was a redux version of the dinner served for then British Foreign Secretary William Hague. Ahmad had originally designed dishes for the guest of honor. Ahmad’s fusion of chicken tikka masala and Yorkshire pudding was a witty introduction.

The chicken tikka masala, the envoy explained, is a British dish created out of necessity.

“Nobody would know what this is in India,” he said of Britain’s adaptation of grilled chicken that was originally served in Bangladeshi restaurants. While the authentic version is dry, the British clientele was accustomed to having gravy with their meat, and demanded a sauce.

“The masala is the marinade. This is a barbecue dish that is served like an ulam (viand) here,” said Ahmad, who can converse in Filipino.

Yorkshire pudding paid homage to Hague’s provenance, Yorkshire, the UK’s largest county. Yorkshire pudding is a pancake shaped like a bowl, which serves as natural cup for meat. Instead of filling it with traditional roast beef with sauce, it’s chicken tikka masala that sits on top of the Yorkshire pudding cup.

The amused Hague said with a smile that if the guests liked the fusion, it was to the ambassador’s credit. If they didn’t, it was his fault because he came from Yorkshire.

The palate cleanser, young coconut sorbet, alluded to Hague’s honeymoon in a tropical getaway, where the politico and his wife were seen drinking from a coconut.

Then instead of the plate of beef, potatoes and vegetables, commonplace in Britain, the beef tatie pot, the traditional farmer’s dish popular in the north of England, lent a homey touch.

“If you wanted a tatie pot, your granny or auntie would produce a hot pot of winter stew, wherein the potatoes and meat were baked in the oven and slow-cooked.”

His version was artfully plated like a roast beef, thick enough to add a fork, loaded with asparagus, and easily swabbed with its own juices.

Guests who didn’t eat beef were served salmon baked with a whole spice crust, asparagus and sautéed potatoes. Scotland is a leading producer of salmon, while potato is a diet staple for many Europeans.

The dessert was a light Eton Mess, a fluff of cream, fresh strawberries and meringue.

“I have my private jokes when I serve my food. My prime minister, David Cameron, went to Eton, an elite private boarding school where the students wore a tailcoat and bowtie to class,” he said. Ahmad told the urban legend of a meringue dessert that met an accident on the way, leaving a jumble of ingredients. “Since the boarding school valued frugality, they served the mixture in cups. Hence, the Eton Mess.”

“If I had my way, I would import wine grown in southern England, particularly in Kent. The economics of bringing wine from England have defeated me. Instead, we serve well-priced wines that are sourced from different countries so people won’t say that the British ambassador serves only French or Chilean wines. We then bring out the proper drink, whisky or good quality English gin. We go back to tradition,” he said.

The starter was Harlem crab cake and jerk shrimp on a fried green tomato. “Thomas was born in Harlem, New York, where they have soul food. He knew we were saying hello to his place of birth.”

The Lima guyabano sorbet washed off the spiciness of the appetizer. Ahmad explained that although guyabano is a native fruit, it originated in Latin America. The sherbet was a reminder of Thomas’ ambassadorial posting in Lima, Peru.

The main dish, Dhaka chicken tikka and Delhi paneer or stewed cottage cheese, were references to Thomas’ ambassadorial postings in Bangladesh and India.

The Philippine stew, sinigang, represented his last posting in Manila.

The dessert was a light Eton Mess imbued with the colors of the American and British flags. The wines came from California, naturally.

Ahmad prefers slow-cooked dishes, particularly meats. “Lamb is a typical British thing, but it’s tricky to serve it here. Some people who are used to it love it. To Filipinos, it’s not something they like.”

The embassy aims for a global perspective in its menu. “I drive my team crazy. We are always thinking of what shall we do next,” he said. Ahmad created appetizers made of translucent rice sheets from Vietnam, and filled with barbecued prawns, jerk chicken and vegetables for the vegetarians.

“My ambition is to take a few Filipino dishes and find the best combination for them,” he said.

To celebrate the first year of his Manila posting, the embassy held a Filipino-style reception with beef caldereta and the popular chicken tikka masala in place of inasal with garlic fried rice.

Ahmad plans the menu for the week to relieve the staff of guesswork. His breakfast is typically Continental-toast or croissant and fresh fruit. Lunch and dinner are grilled vegetable salad, or a club sandwich, a tuna salad, or glass noodles with vegetables or leftover penne pasta.

Ahmad revealed that he brought a discipline from his first ambassadorial post in Thailand. When attending cocktails, he gives instructions to leave food in the fridge.

“I never eat at receptions, my own or outside, but I’ll have a drink. That’s my discipline. I don’t eat between meals. It’s one way of making sure I don’t get excessively overweight. These are the genes I’m fighting with. It’s not that I’m criticizing catering, but when I started my job in Thailand, I realized I was falling sick every third or fourth day. I put two and two together. I was shaking 200 people’s hands every day and eating as I was on the move,” he said.

Coming back from a reception, the envoy warms up the food himself. Since then, he hasn’t had a cold in this posting.

The embassy dinner last Aug. 4 honored friends of the embassy he had not met.

“This is an opportunity to say, ‘You’ve been great friends of ours. Let’s renew that friendship and go forward.’ This is rebuilding our network,” he said.

By tradition, the spouse of the British ambassador is the patron of the British Women’s Association. Since his wife, Zubeda, is still in London attending to family matters, Ahmad hosted the Christmas lunch. “We had roast turkey and potatoes. I was the only man at the event—the honorary woman,” he said.

One of Ahmad’s most unique events is a gratitude party for contacts in government agencies and big businesses. “They have gatekeepers—the secretary, administrative assistant—and nobody invites them. This event is exclusively for our working partners. It’s a way of appreciating what they do.”

Ahmad pointed out that it has been a diplomatic tradition to build contacts through hospitality.

“People think that this is all that diplomats do. We just go to cocktail parties, and serve canapés and lavish dinners. They think it’s an end in itself. Any event that we do must have a purpose. I want to make the food speak, as well as if it was me speaking. It’s an environment where you can have a relaxed discussion with important decision-makers…”