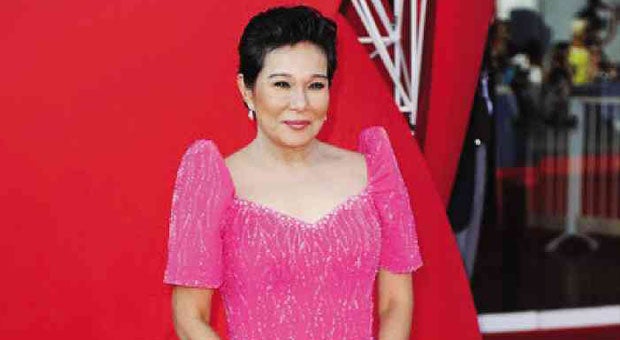 To promote the native weave hablon and make it a fashion staple, the local government of Miag-ao in Iloilo province will hold a hablon festival, Sept. 15 to 17. It is the first in a series of festivals that Miag-ao hopes to organize annually, said designer Nono Palmos, a native of the town known for its magnificent baroque church which has been included on the Unesco World Heritage list.

“We are inviting investors, foreign and local, to help make hablon, our native woven textile, become world-class and competitive,” said Palmos, a low-key fashion designer and a staunch nationalist who seeks to make the country’s indigenous woven textiles get international attention.

Palmos speaks from experience, having shown entire fashion collections made of hablon in Zurich and Geneva in shows organized by the Department of Agriculture in 2010. He had also done shows in the US and Korea.

The many guises of hablon include the patadyong checkered, the taffeta-like iridescent weave (popular in the 1960s), and still another loomed with gold and silver threads. Palmos  said they were immediately sold-out after his Europe fashion shows.

Palmos said he visited Bischoff Swiss Fabric International, which supplies fabric to top haute couture designers in Paris. The Swiss company said hablon was very resilient, its color-weaves were washable. Hablo was adjudged a “world-class wearable.” “It may be the hidden wealth of our country’s fabric future,” said Palmos.

Although promoting a little-known indigenous fabric, Palmos is popular in show-biz circles for being the couturier of Nora Aunor. He designed the hot pink terno she wore in the Venice

Film Festival when her acclaimed movie directed by Brillante Mendoza was screened in the world’s oldest international film fest. A photo of her in the gown landed in the cover of Hola magazine.

Palmos also did the color-blocked tuxedo Aunor wore at the Cinemalaya Awards last month and the beaded cream terno she wore when she received the Plaridel Award from the College of Mass Communications of the University of the Philippines recently.

Officers of the Noranian fans clubs pay for her wonderful wardrobe because Palmos originals are very expensive.