For this high-flying ‘stunner,’ nothing is impossible | Inquirer Lifestyle ❮ ❯ 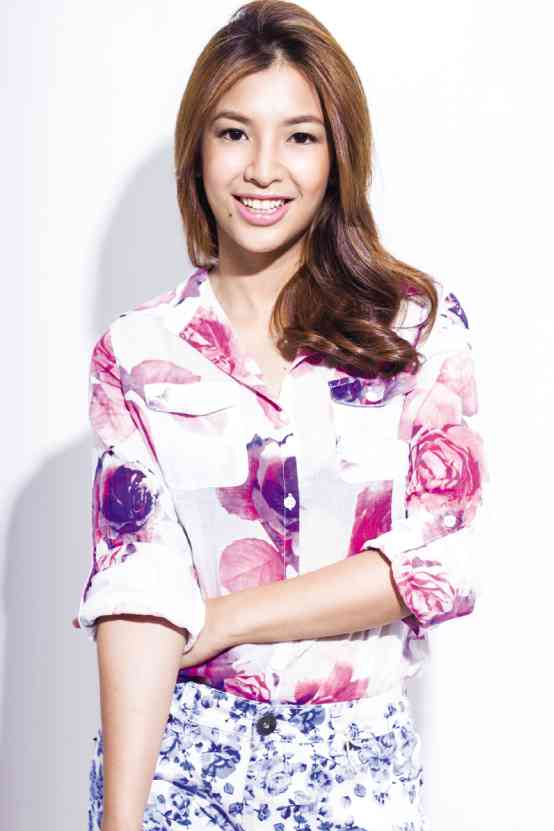 For this high-flying ‘stunner,’ nothing is impossible

Cheerleading is one of the most difficult physical activities, combining rigorous dancing, high pyramid building, hard-core gymnastics, jumps with various positions, flexibility displayed while lifted high in the air—all done in a span of a few minutes. Where else can you find cheerleaders risking injury while smiling in the entire routine?

There is no question on the perfect combination of athleticism and artistry that cheerleaders have. They are all exceptional and inspiring, but once in a while, there are those that stand out—one in a million cheerleaders who deserves to be called a “stunner.”

At the annual UAAP Cheerdance Competition, a Samsung Stunner award is given to the one who shines brighter than the rest. Last year, this distinction was given to Ana De Leon of the De La Salle University Animo Squad.

The 20-year-old’s love for cheerleading began in her high school alma mater, St. Paul Pasig. She started out as a volleyball varsity player in grade school but her passion for dancing and willingness to try out new things led her to cheerleading.

Since then, she has been honing her skills and is now one of the best cheerleaders in her collegiate team.

As members of the DLSU Animo Squad, Ana and her teammates’ responsibilities include excelling in various competitions, boosting the morale of players and fans during games, and enhancing their school’s image.

But more than the short skirts and peppy smiles, Ana has a personal view of cheerleading: “We must be as elegant as most dancers, as well-coordinated as models, and as athletic as gymnasts. Doing all of these at the same time is what makes it unique and difficult.”

The difficulties of being on a cheerleading team are also numerous. Training takes a lot of  time, as preparations for competitions and performances are scrutinized down to the last detail. Despite the demands of practice, however, Ana knows her priorities: student first, athlete later and family above all.

In cheerleading, injuries abound, considered normal and really hard to avoid. Ana has been cheering for seven years and has battle scars in the forms of bruises, bumps, scratches, strains and sprains, but thankfully never a fracture.

It’s easy to break down from the pressures of cheerleading, and Ana is no exception: “I really get frustrated and cry whenever I can’t hit the stunts, but it wouldn’t help and wouldn’t make a difference. I just try to toughen up and shrug off the negativity. I always pray to God to  guide and help me get back up when I stumble.”

Yet, without a doubt, cheerleading is a rewarding experience. Ana appreciates that she gets to meet different people from the same school and that she makes an impact on their lives by leading them to cheer for their alma mater.

She’s even found a family in her teammates. In them, she’s found a support group to lean on even outside the training mats. She’s found second parents in her coaches who build the team’s character through discipline, commitment and perseverance.

Ana has grown into a well-rounded individual and she attributes it to cheerleading. Hearing her backstory and personal insights proves that her Samsung Stunner win is well-deserved.

She wasn’t even thinking about winning the award. She was too busy that day worrying about her team’s routine and the competition results.

But even with the adulation and the opportunities that being a Samsung Stunner affords, she still selflessly gives the credit back to the DLSU Animo Squad.

This pretty, tough high flyer aims for an even loftier goal after college. Currently taking up BS Psychology, she wants to pursue medicine to become a dermatologist or pediatrician someday.

With her bubbly personality and headstrong perspective, there is reason to believe that she will succeed and once more give testimony to her life motto: “It always seems impossible until it is done.”