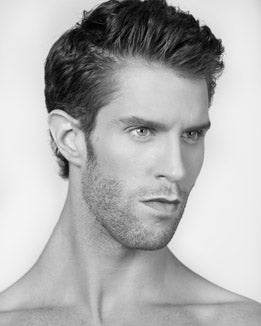 ‘Giselle’ all set for fund-raising gala on Sept.19

Touted as one of ballet’s greatest, “Giselle” is a classical romantic tragedy of loss, forgiveness and love beyond death. Her story is a familiar one – two men are in love with her, but she chooses to surrender her heart to Albrecht, the suave newcomer who, as Giselle later finds out, is engaged to be married.

Ignoring her own suspicions and the well-meaning advice of Hilarion, her other suitor, Giselle eventually discovers the truth and ultimately, her heartbreak results in her demise. Yet she chooses to forgive her lover and save his life.

Fresh from their recently-concluded performances in Brisbane, Queensland, Australia are guest artists from the American Ballet Theater soloist Stella Abrera and Principal Dancer James Whiteside essaying the roles of Giselle and Albrecht respectively.

Born in Manila, Stella Abrera began her ballet training after moving to California. She joined American Ballet Theater as a member of the corps de ballet in 1996 and was appointed to soloist in 2001. Abrera received the Gold Medal at the Royal Academy of Dancing’s Adeline Genée Awards in London in 1995.

James Whiteside was a principal dancer with Boston Ballet in 2009. He joined American Ballet Theater as a soloist in September 2012 and was named a Principal Dancer in October 2013.

Abrera and Whiteside shall perform on the September 19 fund-raising gala featuring live accompaniment by the Philippine Philharmonic Orchestra under the baton of Maestro Olivier Ochanine.

Ballet Philippines principal dancers Katherine Trofeo and Jean Marc Cordero, as well as newly promoted soloist Denise Parungao and junior principal dancer Earl John Arisola will reprise their roles of Giselle and Albrecht for the other 4 shows in the production’s one-weekend run.

A romantic ballet in the truest sense, it has been said that Giselle is to ballet what Hamlet is to drama. Hailed as “the show that brought sexy back to ballet”, “Giselle” will be performed at the CCP Main Theater on September 19 at 3 pm and 8 pm, September 20 at 2 pm and 6 pm, and on September 21 at 2 pm.