Music made with love and madness | Inquirer Lifestyle ❮ ❯ 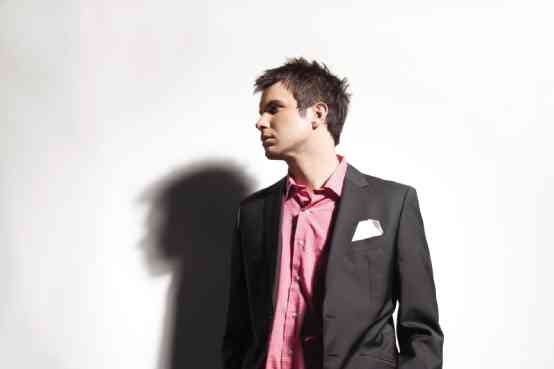 Music made with love and madness

Best known for the smash hit ballad “Collide,” the 33-year-old American singer-songwriter will be holding an intimate show on Sept. 11 at Amber Ultra Lounge in the Fort Strip, Bonifacio Global City, with guest performances by Ebe Dancel and Kettle Mata.

Day began making waves in the early 2000s with his independently released EP, “Australia,” which became a cult favorite among the college crowd. Tracks like “Sorry So Sorry,” “She Says” and “Ghost” showcased his raw, heartfelt lyricism and unique “one-man band” sound that included samplers and effects pedals in addition to guitar. He also contributed his version of The Beatles’ “Help!” to the “I Am Sam” movie soundtrack.

In 2004, the solo artist gained mainstream buzz with “Collide” from his major-label debut “Stop All the World Now,” which spawned other radio-friendly singles like “Perfect Time of Day” and a rerelease of “She Says.” After an extensive touring circuit for “Stop…,” he released “Sound the Alarm” in 2009 and enjoyed moderate success with the upbeat carrier track “Be There.”

Now back in the indie scene, Day is preparing for his first Asian tour, which includes Malaysia, Singapore and the Philippines, while working on new material for his next album.

Where are you right now and what have you been up to lately?

I’m on a plane so let me check the map. Okay, it looks like we’re just about to cross the Caspian Sea. I’ve just finished a tour of the Midwestern US, before that I was in the studio. I can barely remember what my New York apartment looks like!

What was the first thing that popped into your head when you were invited to perform in Manila?

“Alright!” Mostly I was surprised. My second thought was probably “I hope some people show up for the gig.” Of course I’m aware that Manila is the most densely populated city on earth, so that’s exciting, I like superlatives like that.

How does it feel to have a fanbase so far from home?

It’s fantastic! Of course it’s very flattering. The world we live in today, where we’re all so connected, you forget about the distance.

You made “Australia” all on your own, and it was one of the most awesome albums ever. What was the story behind it?

As the saying goes, “You have your whole life to write your first album,” but I only had until 18, when work on “Australia” began. It was completely indie, self-financed, and recorded at Q division studios in Boston. Oddly enough, the new album is being done the exact same way!

“Australia” may be the fan favorite, but it was “Stop All the World Now” that propelled you into mainstream consciousness. How were you able to adapt your music from one-man band to man with a band?

It was, at the time, a logical next move for me. I’d been touring the solo thing relentlessly and needed a change out on the road. Now I get to play with a band for some shows, and solo at others, and I feel more satisfied with that, like I’m getting my fruits and vegetables.

You’ve written a lot of your songs with (Better Than Ezra front man) Kevin Griffin, including the wildly popular “Collide.” How were you able to create that sort of chemistry with someone else without compromising your own creative process?

Cowriting is hard, but that’s the point. It’s not so much about compromising, but being open to something you never would have tried otherwise. It’s also pleasant to have someone to share your excitement with when an idea sparks. I think it’s important, as a general rule, to not force creativity too much. Make time to write of course, but being a writer is more like being on call 24/7, so that when the idea strikes, you’re there to capture it.

After hitting it big with “Collide,” you’ve had your share of good and not-so-good moments in the spotlight. How do you deal with the ups and downs of fame?

I’ve learned it’s important to surround yourself with people who will keep you grounded. That’s really the key, I think. At home and on tour, you need people you can be yourself around, and who will be honest with you, not just always trying to get something from you.

Do you think your life would’ve turned out differently if “Collide” didn’t become such a huge hit?

It’s impossible to say if my life would be better or worse, there are too many factors. I do know that having a hit has opened a lot of doors for me and introduced the rest of my music to a whole lot of people. I also know that song touched a lot of people’s lives, way more than I could have possibly imagined, so that’s a good thing.

What do you think it is about your music that resonates so well with people?

I have no idea, but I’m glad it does. I like to think what I do is made with love (and a dash of madness), and I attend to every detail, so maybe that gets across into people’s brains. Whatever the reason, the best thing in the world is a roomful of people being on that same plane, wavelength, whatever you want to call it. It’s magic.

The solo singer-songwriter act was huge at the turn of the millennium when you, John Mayer, Jason Mraz and the others emerged. In recent years, thanks to “American Idol,” the “white guy with guitar (WGWG)” phenomenon seems to have made a comeback. What are your thoughts on that?

Has it made a comeback? I’ve actually never seen an entire episode of “American Idol.” It’s like they took my entire life from age 15 to 25, and made a game show out of it. As far as the WGWG thing goes, I’m not sure it’s a phenomenon. Remember Elvis?

Some of us have literally grown up with your songs. Do you think your music grew up with you over the years, too?

They come and go, you lose touch, they come back with a new haircut, maybe they’re married now. You know those really good friends you haven’t seen for years and you can pick right up where you left off? I feel like my songs are a bit like that.

If you could pick two songs that would best represent the old and the new Howie Day, respectively, which would they be and why?

For the new stuff, I would choose this new one I’m working on called “Treetops.” It works great with the band, but holds its own in solo land, too. “Ghost” is my pick to represent the old days. It was one of the stronger tracks on “Australia,” and has all of the loop sampling goodness live to back it up.

You’re working on a new album. Will you be going back to your “guy-guitar-and-pedal” roots?

Maybe for the solo shows, who knows? The thing that you have to understand about the “guy-guitar-and-pedal” roots is that it was never intentional. It just worked out that way. It evolved to fit the conditions present at that time. I’m not going to repeat myself for someone else’s nostalgia or because people want me to. I’ll just do whatever seems like the next best thing every day when I wake up.

What’s the most important lesson you’ve learned as an artist?

Any message for your Filipino fans?

I can’t wait to see you at the show!

“Howie Day: The Manila Stop” is produced by Pinoytuner. Tickets are priced at P1,200 each and come with a free drink. For ticket reservations and inquiries, check out pinoytuner.com or facebook.com/pinoytuner.