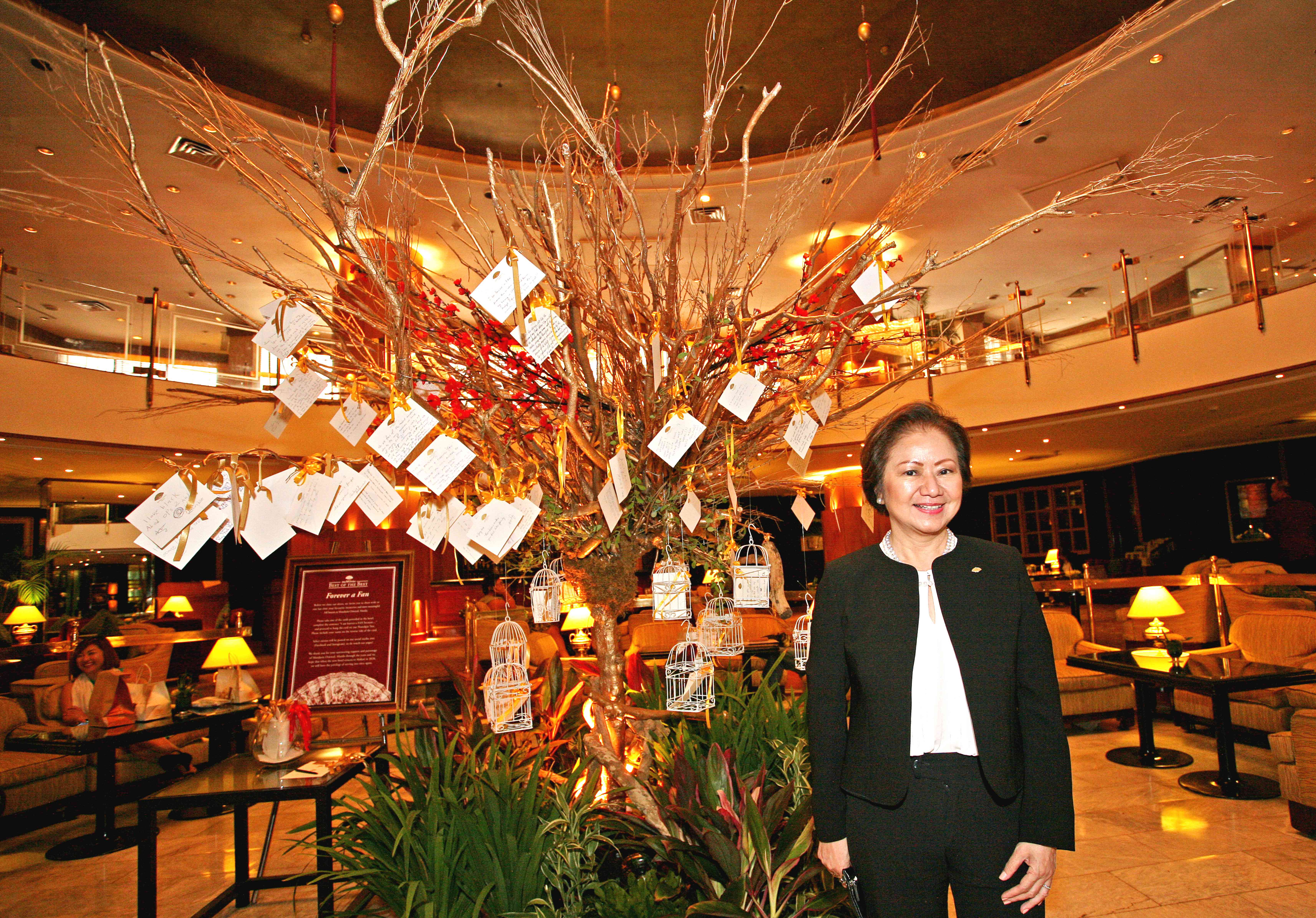 People might miss Mandarin Oriental now that it’s closing its doors, but most media folk will miss its PR most—a woman so thoughtful, sophisticated and cool that her staff only knew she was upset when she pursed her lips!

There are lifestyle and hotel PRs… and then there’s Charisse Chuidian.

Today’s PR kids have a totally different notion of the craft. They e-mail an invite, sometimes misspell the invited journalist’s name, fail to explain what they’re selling during the event—sometimes confusing ingredients and other facts—then pressure you afterwards, often annoyingly, to write about them. They forget—or may never have realized—that the R in PR stands for relations, which are built, not demanded in an instant.

This is where you separate the boys from the men. Or maybe it’s a generational gap. Charisse Chuidian, director of communications at the Mandarin Oriental, would never ask you to write a story about an event she invited you to; she will ask you if you had a great time. She wouldn’t just talk about the Mandarin’s chefs and events, which she could always discuss accurately, precisely and extensively; she would ask you about you.

She understands that half of communications is listening and, come to think of it, her listening skills are truly exceptional. Proof: When someone would gush about martinis, she had her then Communications Manager Erika Aquino introduce their various versions of martinis. If you complain you are fat, she would offer use of their gym. If you are into jazz, she would invite you to jazz festivals at Captain’s Bar. If she finds out you’re into feng shui, she would arrange a meeting with their resident  master geomancer. All this without you ever needing to ask. Talk about being sensitive, thoughtful and alert!

And she was consistently this way with everyone. The incomparable TV talk show host Johnny Litton, who had hosted many a Mandarin event, notes, “Charisse (was) always there to help, to support, to make things happen whenever I needed her most as a guest or a host for my events in my second home, the Mandarin Oriental Manila.”

Former columnist and fashion designer Cecile Zamora van Straten aka blogger Chuvaness, who loves Ms Charisse’s “smile and motherly presence,” remembers, “We had a bad experience regarding reservations and she stepped up and turned everything around. She makes you feel so welcome so we’d come back for more.”

People in the industry resonate with sportscaster Boyet Sison’s sentiments: “Charisse had set the bar on hotel public relations; (other) hotel PRs should aspire to emulate (her).”

Contributing writer Teddy Montelibano meanwhile describes her table manners as “fine and exquisite,” while food columnist Micky Fenix finds her the “coolest, most professional PR.”  Sometime PR and spokespersons to politicians Mike Toledo sees her as “the personification of the word ‘hospitality.’”

Her proteges have been lucky, indeed. Monique Toda, now Communications director of Raffles, recalls, “Right out of college, my first job was PR assistant to Charisse. I consider her my mentor. She’s one of the most gracious women I have ever met.” Toda recalls that Ms Charisse required her to have lunch at least once a week with a lifestyle journalist. Erika Aquino, now PR director of City of Dreams, agrees. “I am one of the privileged few who can say that ‘I’ve trained under Charisse Chuidian.  She was a wonderful mentor, an amazing boss, a wise role model and a great friend. She is the perfect balance of class, sophistication and humility.” As she recounts, Ms Charisse had never ever lost her cool. The worst indication of her being upset was when she pursed her lips.

It’s no wonder that so many hearts are breaking now that MO Manila is saying goodbye. Of course it’s not just the hotel—where so many good memories were made—that we’re going to miss. It’s also Ms Charisse.