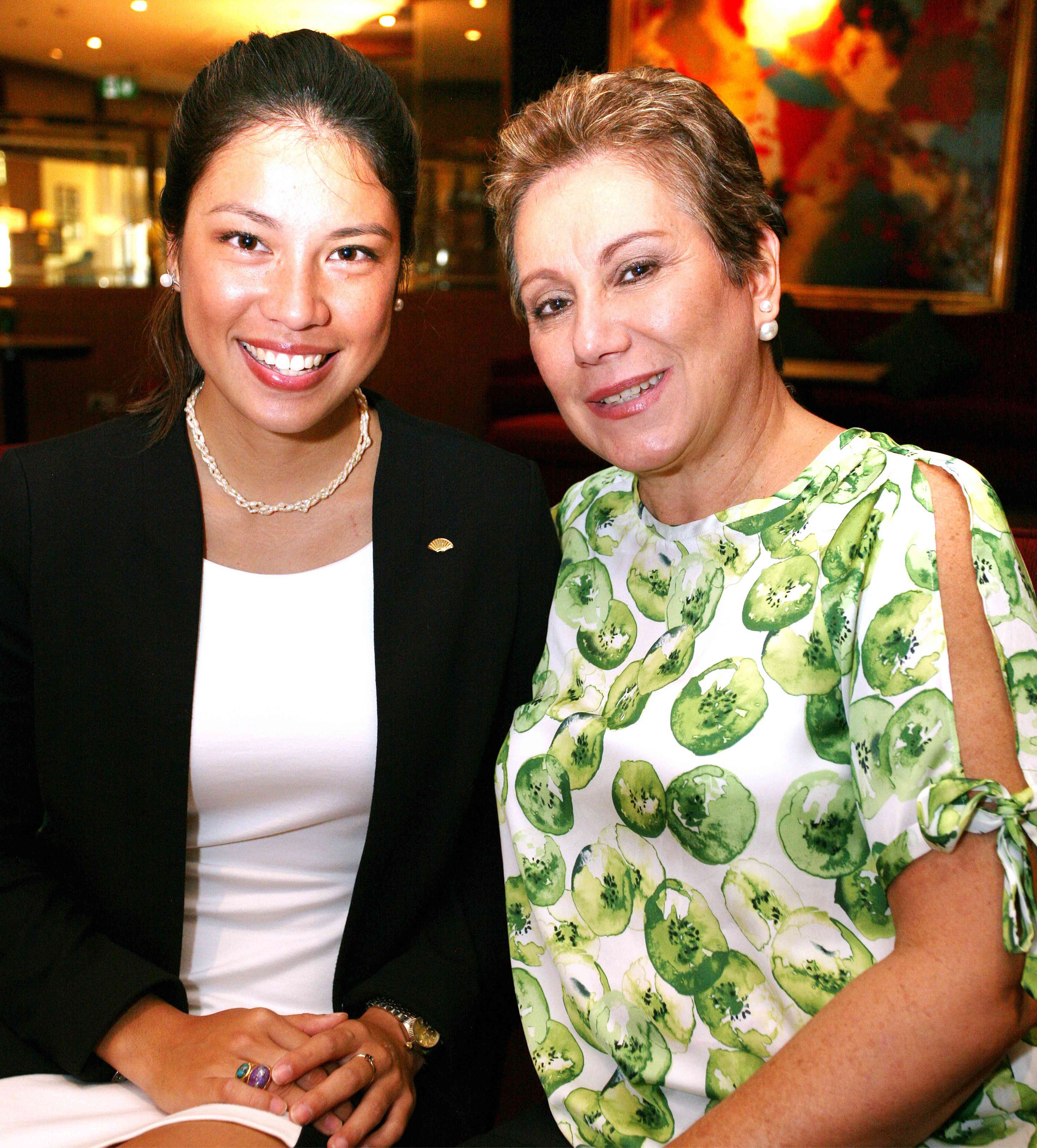 Two generations and the Mandarin

It seems only fitting that what the mother saw in its inception, the daughter is bringing to its conclusion. In a few days, as the iconic Mandarin Oriental Manila closes its doors after almost four decades, it is also closing the pages of its colorful history as experienced by two generations in one family.

Maricris Davila Cang was the hotel’s public relations manager in 1977, when it was barely a year old.  She left Mandarin for Hong Kong in 1992 to become a full-time mom to her four kids.

In an amusing twist of fate, only daughter Isabel is currently holding the same position in the same hotel, something she never planned for.

“I never thought I would be in the same line of work as my mom,” Isabel confessed. After graduating in 2010, she had a brief stint with a PR agency before the opportunity to work in the hotel presented itself.

“She was never interested,” her mother Maricris said. “She didn’t want to work for a hotel because she didn’t want to be all dressed up and wearing stockings every day.” She added: “She used to say, ‘Moooooom, it’s so formal everyday!’”

Isabel agreed, “But then you get to appreciate it after a while; you learn to present yourself in a way that’s respectable.”

“But I never helped her get this job—let’s just have that in writing,” the older Cang said, laughing. “I had nothing to do with it!”

Maybe not, but her daughter admitted to feeling a bit “intimidated…just because my mom worked at the hotel, people knew her, and I would always be introduced as her daughter.”

They even call her “Miss Davila,” her mother said, referring to the name she was known by in the hotel in the ’70s before she got married.

Being identified with her mother wasn’t necessarily a bad thing,” Isabel said. “But, of course, it was up to me to make a name for myself.”  Through her interactions with people her mom used to work with, the younger Cang found that Maricris was just as hands-on at work as she had been at home.

“If there was a certain kind of draping in the ballroom that she didn’t like or if she wanted a look to be very specific, she would climb those 15-foot ladders in her high heels, her tights, her dress and her blazer, and fix whatever it was!” Isabel said, quoting people’s recollections of her mother.

“And I would tell the waiters, “Labas kayo, ‘wag kayo dyan sa ilalim, dun kayo sa malayo! (Get out, don’t stay under the ladder.  Go over there!) Then I would go up!” Maricris recounted, laughing.

Getting serious, she added: “You know what’s nice about it is that she can talk to me about what she does and I can understand and relate. Or give her advice,” Maricris said.

With her daughter in the hotel business, Maricris said everything came back to her. “Sometimes I ask myself, did I really do that? Was I really there?  Because after I left Mandarin and moved to Hong Kong, it was family, family, family, taking care of the family.”

She added: “And then I started missing it, especially when she tells me, ‘Mom, you can’t imagine what I ate at the Tivoli today! It was so good!’” Food was what her mom missed most about the Mandarin, Isabel said.

Maricris disclosed, “I would go to the chef’s office and try all the new menus. I was very close to the chef.”

She explained, “In most hotels, they have a chefs’ table where they eat together, and then some of the other chefs would present a new dish for the head chef to try. When they’re coming out with a new menu, naku, that’s the best. There are always new dishes coming out. It happens in the morning, like 11 o’clock in the morning. So at 11 o’clock, I’m already out of my office. I’m already at the chef’s table, helping them try out the dishes. Or I’m in the chocolate room, I would always be at the chocolate room.”

For Isabel, it’s those moments before the big shows that she revels in: “The biggest event that I had handled was the Chinese New Year event and, every time, I would text my mom two hours before the show. Those moments are so stressful and so demanding because people are always looking for you. You wish you could be in three places at one time because you’re needed at the stage; your hosts need to review their cue cards; you’re needed at the fireworks station because they need a signal when to blast the fireworks just before the stroke of midnight; you’re needed at the control booth… so, it’s like you’re involved in so many aspects of the event, and it’s so draining, and yet you still find the energy to do everything. Those are the exciting moments.”

She added:  “No matter how much you stressed over it, at the end of it all—when people say it’s one of the best events that they’ve ever attended, when you see that the newspapers picked up your story and ran a full page on it with colored pictures—everything you did had been really worth it. Those are the moments that you really live for.”

Then there are the celebrities.  Maricris met a lot of them during her stint:  first man on the moon Neil Armstrong, actor Tom Cruise and action star Chuck Norris.

“Oh, Chuck Norris!” she gushed. “He was at my desk every afternoon. When he wasn’t taping, he was bugging all of us! He made a lot of his movies here in the ’80s. He would come and if he wasn’t shooting, he would stay there at our office.”

On the other hand, there are the long hours, a bane especially for mothers like Maricris.  “When you work in a hotel, you don’t merely work eight hours,” she explained. “So on Saturdays, my family would come over for lunch, go to the bakeshop.”

Isabel, who was 3 when her mother left the hotel, confirmed the strain on family bonding that the hotel’s long hours exacted from them: “When we were young and she would come home late, she’d wake us up because she hadn’t seen us the whole day,” she recounted. “She would wake us up, just to see us, talk to us for 10, 15 minutes, then we’d have to go back to bed.”

Said Maricris: “My friends would tell me, you’re so cruel, you wake up your kids! I would say, they’re happy to see me!  Otherwise, we’ll just see each other Sundays.”

She added: “I think my longest day was 18 hours once.”

“I think I’ve beaten that!” Isabel said. “Twenty-three hours, almost a full day. And there were times when we’ve had to stay over. But those are the things you gloss over because you want to be (at the hotel) to make sure that everything goes as planned.”

“You either love it or hate it. There’s no in between,” Maricris said of working in a hotel.  “You really have to have a passion for it. It’s very demanding.”

These days, as the hotel closes by sections—some areas and offices have already closed down), Isabel has her hands full sorting and packing up stuff.  Going through the hotel’s files, she found a note from 1991 in her mom’s handwriting. On it were several instructions and her mother’s signature.

“It was bizarre for me to see that side of her because, for me, she was always just Mom.” •