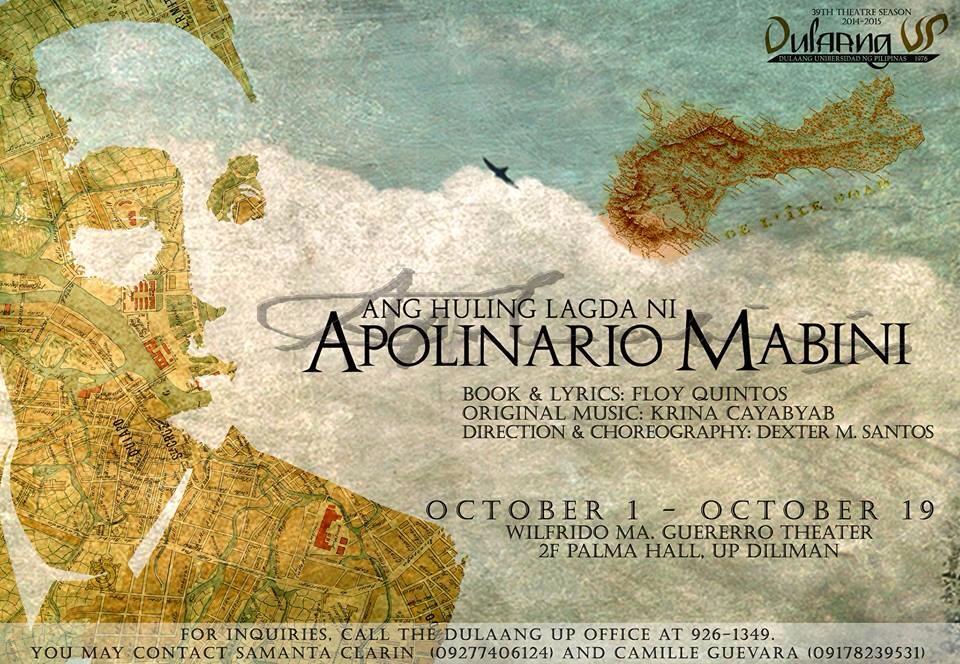 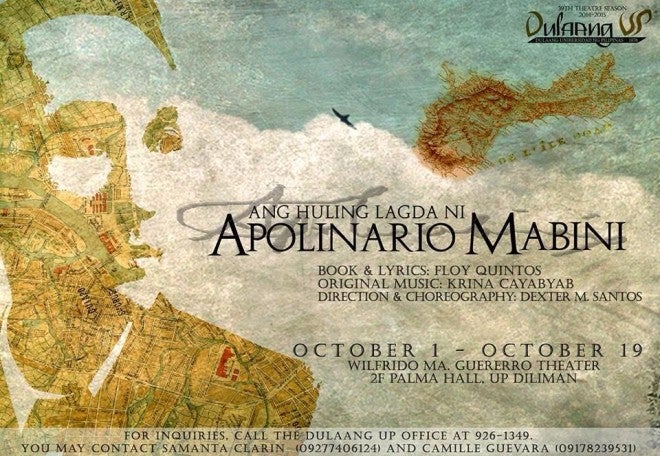 “Ang Huling Lagda ni Apolinario Mabini” chronicles the last days of Apolinario Mabini’s exile in Guam and explores the conditions that spurred him to return to his homeland. The play is written by Quintos, direction and choreography by Santos, and original music by Cayabyab.

This musical in one act is, perhaps, the most significant contribution of the local theater scene to the celebration of the sesquicentennial of Apolinario Mabini.

While the musical explores the private pain of a hero forced to swear allegiance to the USA, “Ang Huling Lagda ni Apolinario Mabini” also instills a new pride and importance in his greatest work- the True Decalogue. The musical also allows audiences to be more familiar with the value of Mabini’s greatest opus and strengthens their sense of duty to their country.