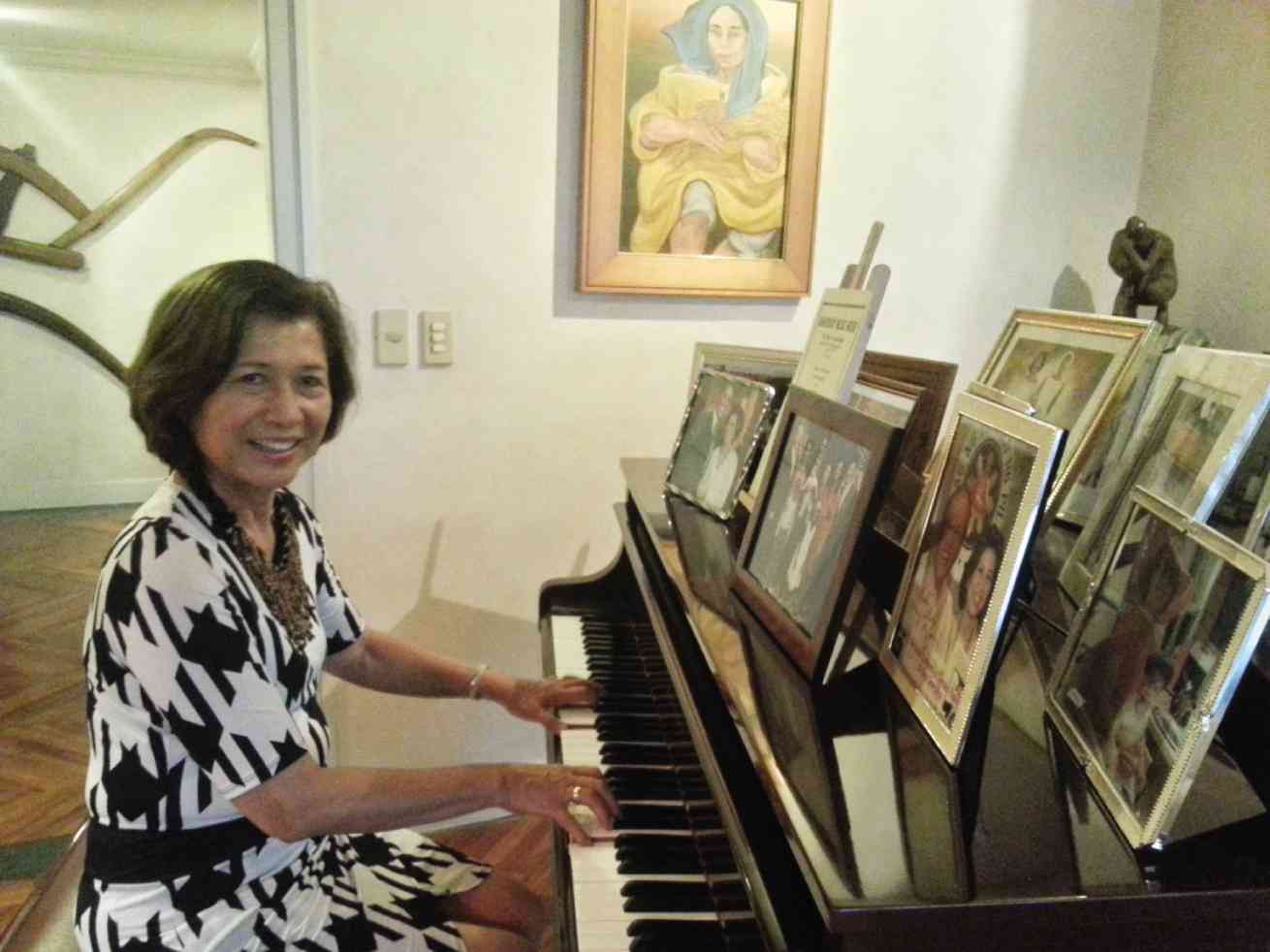 Why Loida Lewis continues to believe –and invest–in education

Loida Nicolas-Lewis breaks into a disarming smile while playing a few bars on the piano in her condo, where she stays when she’s in town from New York.

She looks young for her senior age—something she attributes to virgin coconut oil, malunggay (in oil capsule) and a diet heavy in fruits and vegetables.

Artworks by BenCab, Baldemor and the Blanco family, among others, adorn the living and dining areas, which are also filled with framed family photos.

But Loida—who is perceived as having lived comfortably as the wife of Reginald Lewis, cited by Forbes magazine as one of the 400 richest Americans before his death in 1993—begs to disagree that hers had been an easy life.

A week before the Sept. 11 gala premiere of “Noli Me Tangere: The Opera” at Resorts World Manila’s Newport Theater—a production she’s backing, and which she believes Filipinos should take time to see—Loida gets into a reflective mood, explaining why she’s passionate about civic duty.

Born in Sorsogon, Bicol, to a family of means, she credits the Benedictine nuns of St. Agnes Academy in Legazpi and the Belgian nuns of St. Theresa’s College (STC) in Manila for her early exposure to the humanities.

“We were reading the play ‘Murder in the Cathedral’ in high school,” she recalls. “And we learned a lot about the classical arts in college, that’s why I majored in Humanities at STC.”

She went to law school at the University of the Philippines (No. 7 in the graduating class) because “my father decided I should be a lawyer. Siguro nakita niya madaldal ako, atrevida, walang takot, and he wanted to be a lawyer himself.”

She believes it was destiny that led her to the US in 1968, when she visited her sister in New York with her mother. A want ad in the Village Voice for an administrative assistant, preferably a law student, for the Civil Rights Research Council, caught her eye. She applied and was accepted, revealing that she wouldn’t have been taken in “had I written I was already a law graduate.”

Meeting her future husband on a blind date set up by her boss, Loida laughs while recounting that Reginald, an African American lawyer who worked 16 hours a day, initially wasn’t up to the task of dating, but changed his mind upon learning that she was Filipino. “He said, ‘Wait, I’ve never dated an Oriental.’”

They liked each other and got married six months later.

But she found it difficult adjusting to life in America. “Although we were in love, I was living with a foreigner who had a volcanic temper,” she points out.

Reginald was very ambitious, and the pressure of racism and prejudice in the workplace caused tension. “He was prone to cuss words,” says Loida.

Having seen her own parents fight was heartbreaking for her as a child. So, she made a vow to herself that she would keep her mouth shut when Reginald was angry. “Pero sa isip ko, minumura ko rin siya,” she admits.

For a time she considered leaving him. “I’ve never been cussed at in the Philippines, and here, I was getting it.” But her mother-in-law, to whom she was very close, advised her: “Whenever he cusses at you, go to the bathroom and spit your anger out.”

Once, during an argument, Reginald told her, “Loida, you don’t know where I live.”

Loida says she found that statement hurtful. It was only later that she understood it. “He was totally driven to go to the very top of corporate America. Para siyang rocket ship, all fired up. So if I go with him, kasama ako sa journey.”

But she didn’t want to be a stay-at-home wife; she wanted to work. He agreed. “In African American culture, if the husband is successful, he doesn’t let his wife work,” she says.

She got a job in legal services; in three years she was earning as high as that of a full-fledged lawyer.

When her first child, Leslie, was born, the US Supreme Court decided that one doesn’t have to be an American citizen to take the bar exams. Seizing the opportunity, Loida took the bar in 1974.

She remembers going with Reginald to see a movie, “The Godfather,” at 9 p.m. to wait for the bar results. “At  midnight we went to a newsstand to see the  next-day issue. Walang Lewis. ‘Try Nicolas-Lewis,’ said Reginald. And we saw my name. He was very proud.”

There was another Filipino, a male, who passed, but Loida was the first Asian woman to have the distinction of becoming a lawyer in the US without having studied there.

When Reginald acquired Beatrice International Foods, a snack food, beverage and grocery store conglomerate through a leverage buyout (buy a company, make it profitable, sell it), Loida never imagined she would eventually take over.

They were living in Paris when he was diagnosed with cancer and died within six weeks. “I was discombobulated,” she says. “Napakasakit; he was only 50.”

To make matters worse, business was bad. When Loida took over Beatrice, composed of 63 companies in 31 countries, it had a $32 million debt and didn’t have enough cash for employees’ payroll. “To solve the liquidity problem,  I sold a jet plane and other businesses that were not making money,” she says. “First year, I reduced the debt; on the third year, I sold the supermarket business in France, bayad lahat ng utang at marami pang pera sa bangko.”

Cash, she says, is a liability when you don’t use it. But she didn’t want to buy another company, deciding instead to invest in the Philippines (blast-freezing of hogs in Bicol for distribution in Manila) and in China (opening 150 convenience stores).

Both went bankrupt. “My manager in Bicol duped me,” she says.

From that time on, Loida opted not to risk her money on startups. She has since opened The Lewis College in Sorsogon City, stressing that the country’s future lay in educating its citizens.

That is likewise the message of Jose Rizal when he wrote his novel “Noli Me Tangere,” says Loida.

The opera, she adds, is sung in Tagalog. “It’s fascinating, pasok sa puso.”

She doesn’t expect to make money from its 21-day run, but feels it’s her civic duty to keep promoting it. “I believe God has a plan for everyone, and if we are faithful and open ourselves to that plan, our lives will be blessed,” she says.