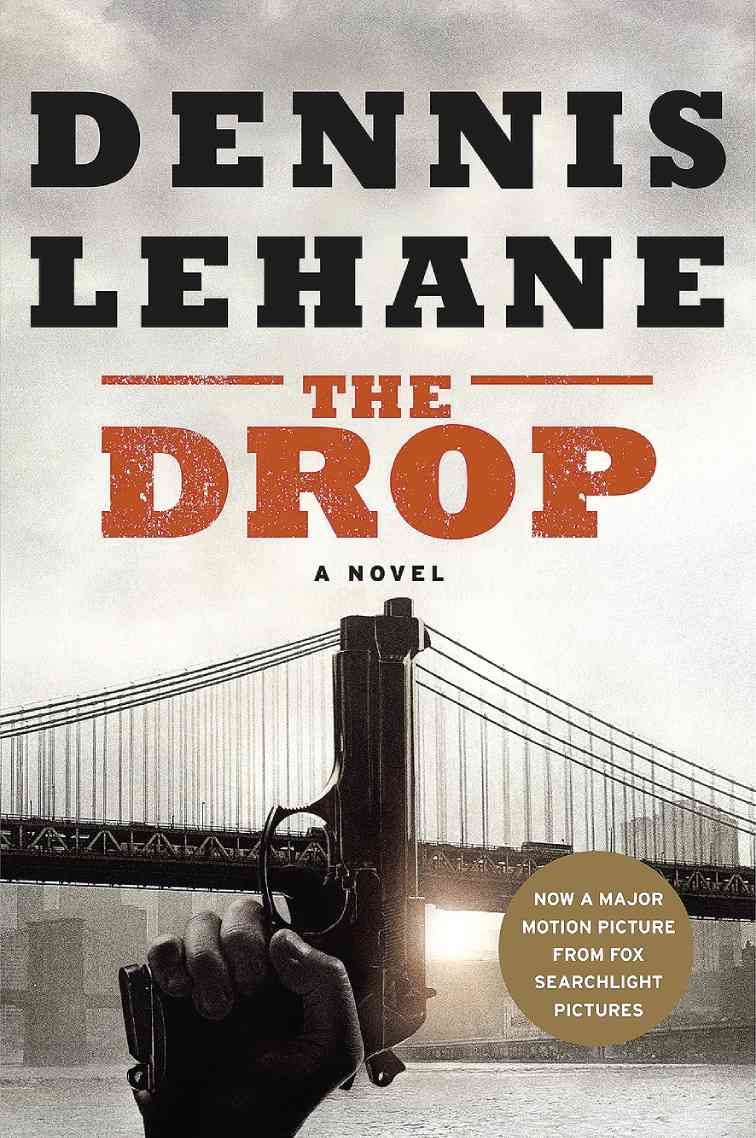 Dennis Lehane gets ‘The Drop’ on readers 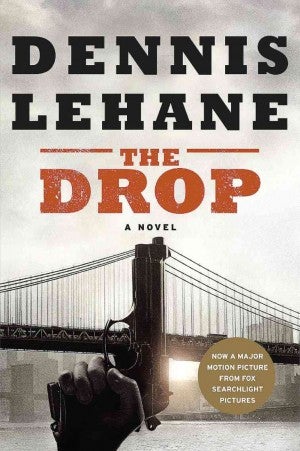 When it comes to making books that become good movies, nobody does it better than Dennis Lehane. Known for his haunting and gripping tales of crime in hardscrabble Boston, Lehane is the author of the novels “Gone, Baby, Gone” (1998), “Shutter Island” (2003) and the majestically sad “Mystic River” (2001), all of which have received the acclaimed major motion picture treatment.

Because he was born and raised in those same tough Boston neighborhoods, Lehane brings a literary and authentic feel to his stories of characters trying to rise from their dark backgrounds.

That premise is very much at work with his 11th novel, “The Drop: A Novel” (William Morrow, New York, 2014, 207 pages). Originally a short story that appeared in Akashic Press’ “Boston Noir” anthology called “Animal Rescue,” “The Drop” has been expanded and also been, unsurprisingly, adapted into a motion picture starring Ton Hardy and Noomi Rapace, out later this year.

“The Drop” is trademark Lehane all the way. Bob Saginowski is an introspective bartender in a bar called Cousin Marv’s, which is owned by his cousin, Marv. The bar itself is inconspicuous, but holds a startling secret: It is one of several “drops” for the Chechen mafia, that is, a place used to move the mob’s dirty money. Shortly after Bob rescues a battered put bull and meets a scarred woman named Nadia, two masked men rob Cousin Marv’s.

This leads to blowback from the Chechen gangsters and unwanted attention from the Boston police. Bob is dealing with it in stride but is troubled by the impending sale of his Catholic parish church, Saint Dominic’s. He is drawn to Nadia and is won over by the dog, which he named Rocco, after the patron saint of dogs and pilgrims.

A lot of story

“The Drop” wouldn’t be a Dennis Lehane book if things stayed the way they were. Bob begins to wonder if his cousin Marv is about to do something terrible. Marv used to run his own gang before the Chechens took over his bar and turned it into a drop bar. Could Marv be seeking a bigger piece of the pie?

The police detective Bob recognizes from church, Evandro Torres, is eyeing Bob for the possible murder of a guy named Richie “Glory Days” Whelan 10 years ago—and Bob seems to be trying to escape the suspicion. A shady guy comes around threatening to take away Rocco—unless Bob forks over $10,000. Bob feels trapped. As Super Bowl Sunday nears and big money is poised to run through Cousin Marv’s, plans within plans are set into motion. Bob has some big decisions to make. That’s a lot of story for such a short book.

Something of a sad sack, Bob struggles with the idea that he can be a better man despite all the trouble he’s seen in his life. He sees St. Dominic’s as the refuge he’s about to lose, Cousin Marv’s as the way of life that’s about to change, Nadia as the woman he may not hang on to, and Rocco as the mutt that may be more trouble than it’s worth. Lehane crafts Bob as a thoroughly thoughtful protagonist who can’t seem to catch a break and that makes—and “The Drop”—a winning proposition.

It shouldn’t be surprising that Lehane makes his books so movie-ready. After all, he wrote episodes for the gritty crime-oriented TV shows “The Wire” and “Boardwalk Empire” for HBO. It’s impressive that, despite his fans being so familiar with his style, Lehane still finds ways of surprising his readers—literally getting the drop on them.

Dennis Lehane’s “The Drop” is a profane, compact episode of Boston crime and grime, a tense, tangled tale of people attempting to rise from having fallen, memorably readable even when those same folks are not completely successful in their redemption.