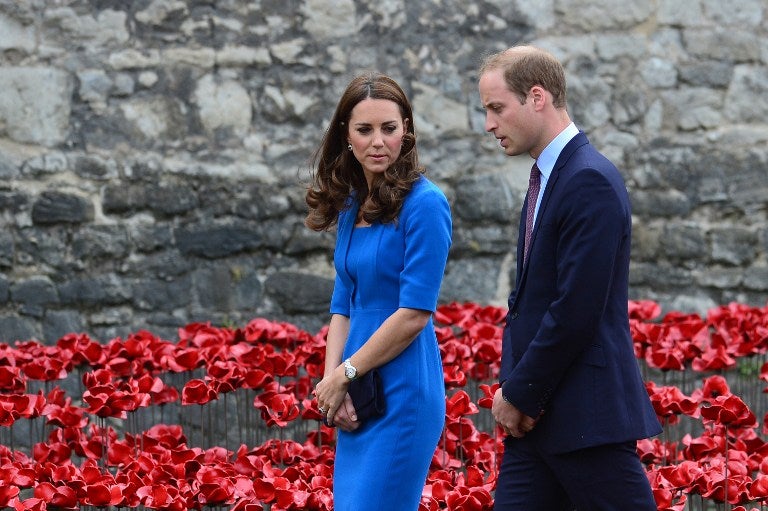 LONDON — Britain’s Prince William and his wife Kate are “very pleased” to announce that they are expecting their second child, Kensington Palace said on Monday.

The prince’s grandmother Queen Elizabeth II was said to be “delighted” at the news, which comes less than 14 months after the birth of the couple’s first child, Prince George.

Kate, the Duchess of Cambridge, is again suffering from hyperemesis gravidarum, a form of very acute morning sickness that caused her to be hospitalized when she was pregnant with George.

The duchess, 32, is currently being treated by doctors at the couple’s London home in Kensington Palace, a spokesman said.

She was due to attend an official engagement in Oxford on Monday but cancelled because she has morning sickness, the palace said.

“The Queen and members of both families are delighted with the news.”

Prime Minister David Cameron was among the first to offer his congratulations to the couple, saying he was “delighted by the happy news that they’re expecting another baby.”

Congratulations pour in for William and Kate’s pregnancy