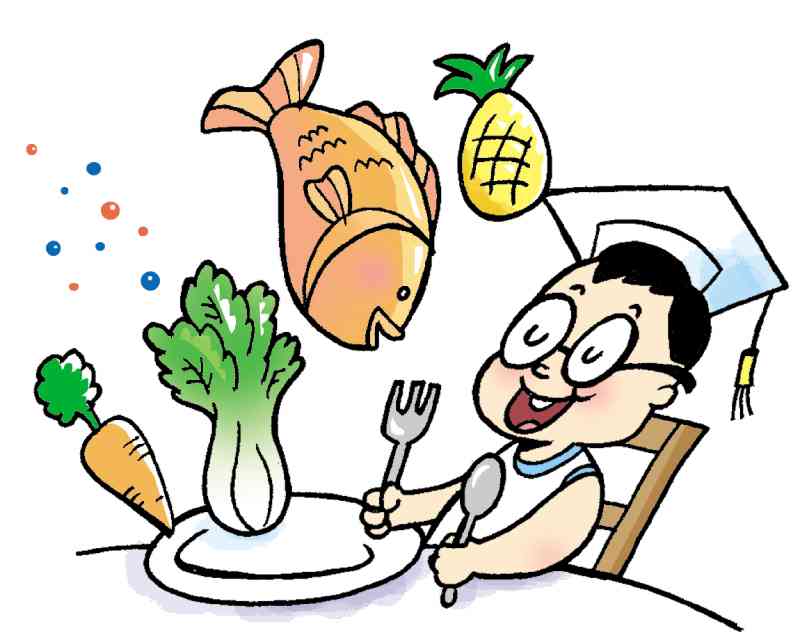 Tito, how can I grow smarter? Is there some kind of food or vitamin I can eat?”

I was asked that question by a 17-year-old high-school senior who had been studying for his school exams; he was also anxious about passing his college entrance tests.

He was at that stage when he was looking at the possible directions his life might take, and he was not sure what to do to prepare for the future.

I remember when I was his age—besieged by confusion and helplessness as I realized that the carefree days of childhood were almost over. Choices and decisions had to be made, and I felt my brain was overloaded to the point that I could not think straight.

I used to think that my seemingly smarter classmates “had it all together.” They did not seem to fret and struggle the same way my other friends and I did during lectures and exams. The idea that they were born with smarter brains was our—and some teachers’—accepted reason for doing well.

A lot of us thought we should just accept the reality that we were born less intelligent. It came to a point that we thought we should not try too hard (and waste our time) because we would not understand the lessons anyway.

Boy, were we wrong! Scientists have proven that this is not true at all. Many of us who did poorly or not too great in high school went on to do well in college.

In their adult lives, many seemingly dull students are excelling at work and in life in general.

A prime example is Microsoft founder Bill Gates, who did so poorly in school yet created a billion-dollar company. Studies show that the brain can be made to work better if given the right treatment and circumstances.

Pediatrician William Spears says there are practical things a parent can do to help a child develop his brain.

The child’s brain grows at the fastest pace in the first five years of life. It can triple in size by age 2 and is almost adult-sized by 5.

More than all other organs, the brain is affected by nutrition. Sixty percent of their food energy is used by babies and toddlers for brain growth.

School-age children use about 25 percent of food energy for their brain function and brain growth.

Dr. Spears says that many children who are diagnosed with ADD (attention deficit disorder) could really be suffering from NDD (nutritional deficit disorder). Proper nutrition and a healthy lifestyle powerfully affect the brain.

The most important first step is to properly feed your child’s brain. The key word is “properly.” Dumb food makes a dumb brain.

Try to eat food with pure or natural ingredients. Do not feed your kids junk food.

A child’s growing brain cannot handle the chemicals and junk in processed food. (It has never been soundly proven that adult’s brains can handle them, either.)

Some chemicals can actually damage the mitochondria, the part of the brain cell that gives energy to the whole cell.

These “dumb foods” can even disrupt neurotransmitter (the brain’s information processing system) activity. Pesticides and pollutants are particularly toxic to the brain. These get stored in fat, and the brain is composed mainly of fat.

Imagine how severely harmful these affect infants and toddlers who have proportionately more body fat than adults.

Here are some smart foods for a healthy brain:

Seafood is the top brain food. Omega-3 fats in seafood help form parts of the brain to increase speed and efficiency of nerve messages. New studies recommend omega-3 DHA for children with mood behavior disorders as well as those with attention and learning problems.

Phytonutrients keep the blood/brain barrier (BBB) healthy. The BBB keeps harmful substances from entering the brain and keeps healthy ones inside. The way nerves communicate with each other is also improved.

“Phytos” are found in green vegetables like kangkong, bokchoy, spinach, asparagus and green leafy lettuce like arugula and romaine. They are also in fruits like blueberries and pineapples.

Nuts are great because many are high in omega-3s, with walnuts having the highest levels. You can give nut butters to little children (as young as 1 year old) to avoid choking hazards. Delay giving peanut butter until age 2 to avoid developing nut allergies.

Give them a right-carb diet. Kids’ brains need carbohydrates for a steady energy supply, but they need the correct kind of carbohydrates.

Tell your kids that the right carbs (or smart carbs) never play alone. They come with their two friends: protein and fiber that prevent the carbs from rushing into the brain too fast and getting the brain too excited.

Bad carbs (or dumb carbs) have no friends and come alone. Without the friends holding them back, they run into the blood and brain too quickly and make the brain overly excited so that it cannot think efficiently.

Calcium is not only important for the bones. It is also an important nutrient for the growing brain. Good sources of calcium are dairy products, fortified cereals, dark green vegetables, sardines and fortified juices.

The beginning of each day can set the brain for top performance. Feed your kids a healthy, brainy breakfast. Our grandmothers always said that this was the most important meal of the day.

Studies show that children who eat a nutritious breakfast high in protein and fiber-filled carbs (whole grains, fruit, oatmeal, yogurt, meats and eggs) are attentive in school, behave better in class, have less absences and get higher grades.

Come to think of it, that is the description of the kids we call “the smart kids.”