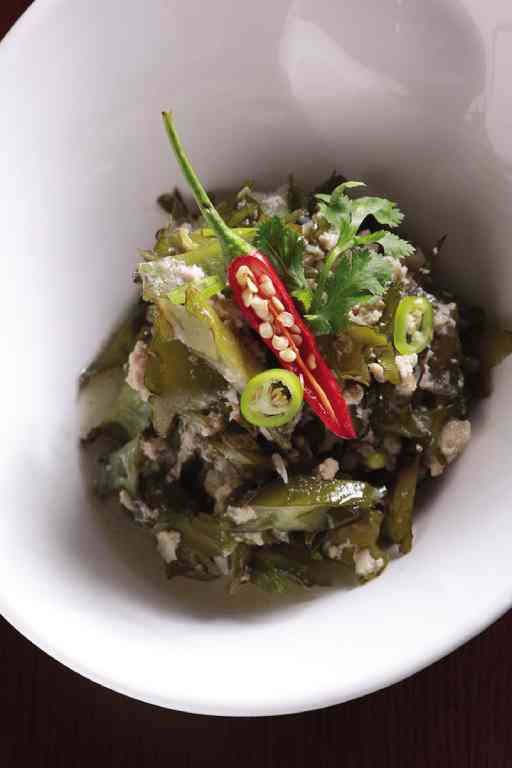 What a relief to see the sun again after weeks of afternoon thunderstorms. Quite surprising that it happened in Tagaytay where fog, passing showers and overcast skies are the norm for all seasons.

The bright, sunny weather reminded me of a time years ago when, also in rainy September, my family headed to La Union from soggy Metro Manila. The rains subsided in Pampanga and the sun shone after that all the way north. “Second spring” is how someone described it.

On this sunny weekend, Taal Volcano showed itself so clearly. And nowhere else in Tagaytay is there such a perfect view than at Taal Vista Hotel. While it’s often the destination for many celebrations like weddings, the hotel will mark a grand event this October, its 75th anniversary.

Leading to that, the kitchen will be busy with “Culinary Gems: A Festival of Filipino Flavors Buffet” featuring seven chefs every weekend from September through November. First to cook is Fernando Aracama who, with Peggy Angeles of SM Hotels and Conventions Corp., opened the festival by breaking a clay pot—an indigenous tribe tradition to curry good luck from the gods.

As expected, Aracama’s dishes were mainly Ilonggo, reflecting his roots which is Bacolod in Negros Occidental.

The chicken inasal (char-grilled) was already removed from its skewer but carried the sour-salty flavors and the aroma of lemongrass. It didn’t have the reddish tinge of the achuete (annatto) oil though there were skewered chicken wings that did and that can be requested.

At the Manokan Country in Bacolod with its many inasal stalls, one can ask for the achuete oil rendered after the chicken is cooked and is called CX3, named after a brand of motor oil. This can be poured on rice; my arteries feel clogged just thinking about that.

Achuete oil colored the kalkag rice and one patron declared it the best fried rice yet. Kalkag are dried small shrimps, fried and added to the rice. Another version uses fried balingon (anchovies). Both add salty flavor and texture to the orange-tinged rice.

Beef adobo sa tuba (in coconut toddy) was new to me. Adobo is a braising procedure and the slow cooking rendered the beef chunks so tender. Tuba gave the dish a very rich flavor that a lot of rice was needed to spread that goodness.

Like the Ilocanos, Ilonggos like saluyot (jute mallow). The slippery vegetable was cooked with labong (bamboo shoot) in coconut milk, a good foil to the many meat dishes we were having that day.

The gising-gising isn’t really an Ilonggo dish but Aracama, like many of us, will cook what he also likes. The name means “wake up” said twice, which is very Filipino in its redundancy. Its

provenance is still a mystery to me, having read that it’s from Nueva Ecija, though some claim it to be from Pampanga. The latter is not believable because Pampangos rarely cook with coconut milk.

Gising-gising has chopped vegetables (originally green beans) with ground pork and lots of chopped chili, and so is more akin to Bicol cuisine. Aracama used sigarilyas (winged bean) instead and there are versions out there that use kangkong (swamp cabbage). With all that chili, it’s a dish that can really wake you up.

Aracama included Sinanglay na Isda in his menu. That was what he cooked when the festival was introduced in February, with one dish each prepared by the other chefs (Sau del Rosario, Bruce Lim, Babes Austria, Edwin Santos, and Rolando and Jackie Laudico). Instead of doing the traditional fish, usually tilapia, stuffed with aromatics like ginger, wrapped in pechay (Chinese cabbage) leaves and then steamed in coconut cream, Aracama wrapped parrot fish in paper, a technique called “en papillote,” though the Chinese also use this technique.

The coconut cream is not mixed in the fish but poured over the fish after opening the paper.

What Aracama was excited to show me was that he used alibangbang (Bauhinia) leaves this time to wrap the fish with then a second wrapping in paper. The leaf is one of the souring agents used in Filipino cooking. It covered the fish fillet and the sliced tomato and kamias (bilimbi) beautifully with its butterfly-like shape.

The kitchen staff headed by executive chef Edwin Santos supplemented Aracama’s menu with its own exceptional dishes. The beef hamonado, as its name suggests, was cooked in pineapple that tenderized and flavored the meat using a fruit that grows abundantly in Tagaytay. The espasol in the “Heritage” grouping looked like brazo de mercedes and was eaten with sweetened buko (young coconut) strips.

There was hardly room for another dessert after the espasol but I espied an ice cream maker and just had to try the Choc Nut version that Aracama made famous using the local candy of chocolate with peanuts. Good, good, good!