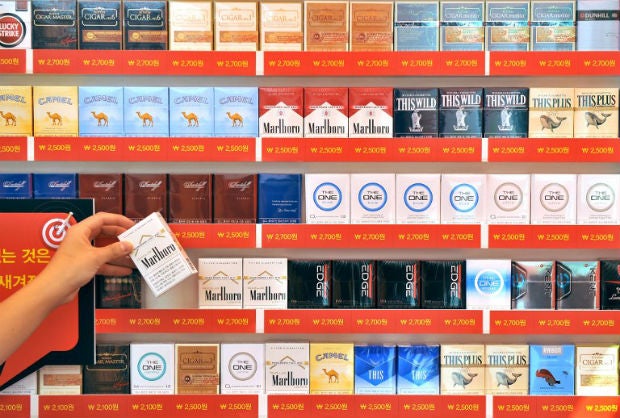 SEOUL — South Korea on Thursday proposed a steep 80 percent hike in cigarette prices to cut consumption in a nation with one of the world’s highest male smoking rates.

The decision requires parliamentary approval, but Health Minister Moon Hyung-Pyo said it was necessary to counter what has become the “biggest threat to national health.”

Around 44 percent of adult South Korean men are smokers, the highest rate among member countries of the Organization for Economic Cooperation and Development.

The government has taken a series of measures in recent years to bring down the rate, including a ban on smoking in public places.

As well as the price hike announced Thursday, Moon said tobacco packaging would have to include pictures of the harm caused by smoking, while tobacco ads would be banned in retail stores.

“We hope our comprehensive anti-smoking measures will lead to a considerable cut in smoking and social spending on health,” Moon said.

The Korean Smoking Association has opposed the increase, accusing the government of scapegoating smokers to raise tax revenues and offset rising welfare costs.

The government has promised to spend 316 trillion won between now and 2018 on social welfare.