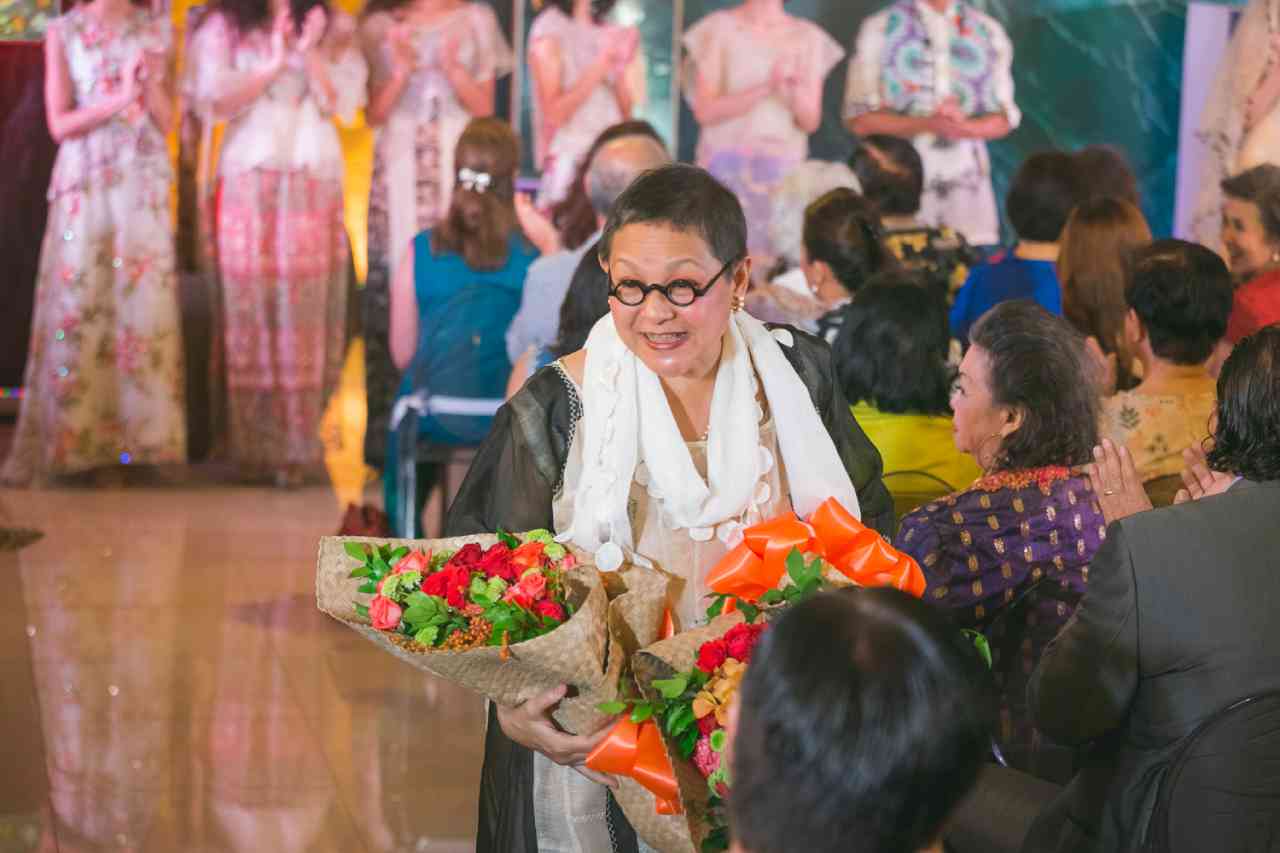 Bohemian Filipiniana–Patis goes with the times

In an afternoon  show last week at Rustan’s Makati, designer Patis Tesoro presented close to 60 ensembles that attested to how her interpretation of Filipiniana has evolved through the decades.

Known for her traditional made-to-measure ternos and Maria Clara dresses that were embroidered, beaded and sometimes hand-painted, Tesoro this time came up with bohemian-inspired ready-to-wear separates and stylized kimonas made of piña, piña seda, abaca, lace and printed cotton and silk.

In last week’s collection, Tesoro presented ternos, but  opted to show more baro’t saya and ankle-length and printed dresses that were either embroidered or appliquéd.

She also produced a few textured kaftans and blouse-and-pants ensembles made of billowy materials in the most striking and unlikely color-and-pattern combinations.

The designer also did a few men’s wear pieces—printed and embroidered barongs combined either with plain or printed and loose trousers. Some barongs had short sleeves or three-quarter sleeves.

For finale, Tesoro showed a floor-sweeping and body-hugging off-white wedding gown with embroidered and beaded veil with small black pompoms.

If you ditch the veil, the gown could instantly be an eye-catching red carpet number that perhaps even the late Joan Rivers would have approved of.

“Yes, designing clothes is a form of expression,” she said. “But at the end of the day, it’s a business, too. You still have to sell.”

Except for her ternos, many of Tesoro’s clothes were loose and figure-friendly. Some tops and dresses had sleeves to help  conceal those problem arms.

The designer played comfortably with colors, prints and patterns.

“This is the highlight of my career,” said a beaming Tesoro soon after the show. “Bohemian Filipiniana is just an expression that mirrors my personality a lot. In my younger days, my thrust was to revive the look and try to make people understand Filipiniana. Now, it’s a bit different.”

Although her pieces may appear avant-garde, she insisted that her style thrust has become mainstream. Combined with basic clothes, some key pieces could be worn even to the office.

In the age of Facebook and Instagram, Tesoro’s ensembles are also so remarkable and distinctive that you probably couldn’t wear them again, because people would remember these and take note how often you wear them.

Not to worry, she said, since most are separates, women could mix and match them with other pieces to tweak the look.

“You can wear a black jacket over a colorful top, or mix it with other neutrals,” said Tesoro. “The possibilities you could come up with are as limitless as your imagination.”

“Before, you needed a party or an event  to wear my clothes,” she added. “These days, my interpretation of Filipiniana is more mainstream. The beauty of it is the top doesn’t have to perfectly match with the bottom. In a way, it’s like saying this is who I am today.” 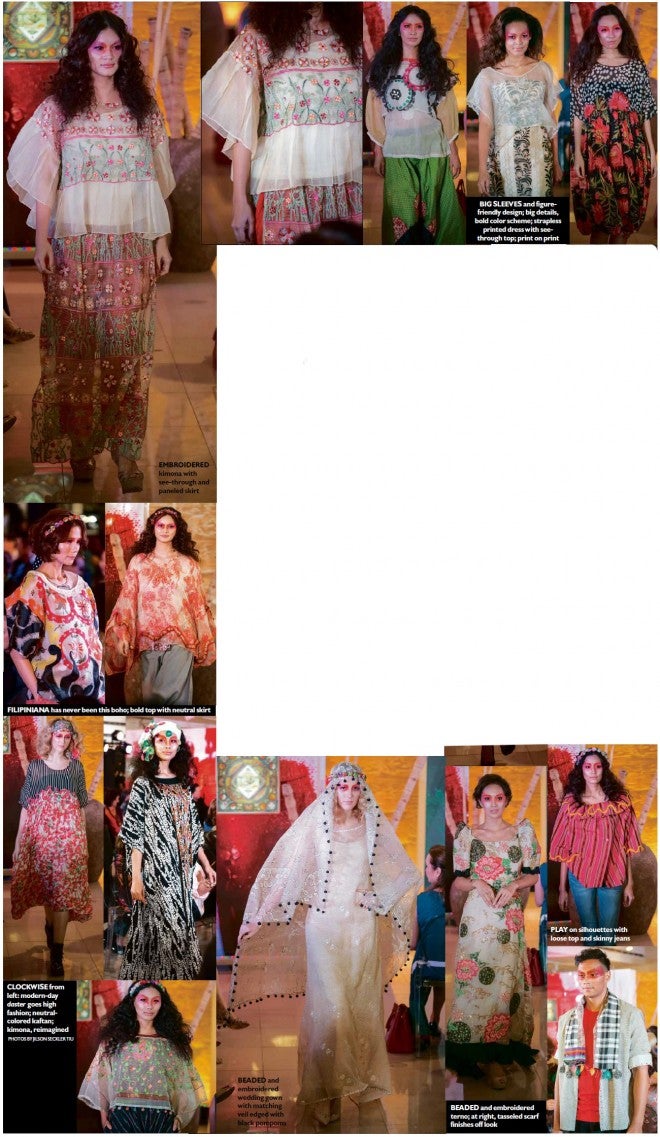