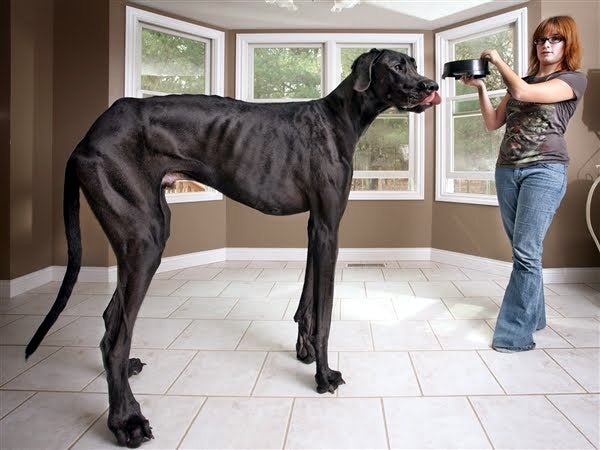 Zeus, tallest dog in the world, has died

WASHINGTON–Zeus, the Great Dane who in 2012 earned the Guinness World Record as tallest dog in the world, has died at age five, a local US newspaper said Friday.

Zeus died last week of old age, owner Kevin Doorlag told the Kalamazoo Gazette, a local daily in the midwestern US state of Michigan. He would have celebrated his sixth birthday in November.

The gentle giant, who measured 44 inches at the shoulder and more than seven feet tall when standing on his hind legs, weighed more than 150 pounds, the paper reported.

In 2012, when Zeus entered the records book, Doorlag said his massive canine often sparked astonishment when he took him on walks.

“The most common thing people ask is: ‘Is that a dog or a horse?'” he recounted, according to NBC news.