Celebrating the big five-one with feasting and poker | Inquirer Lifestyle 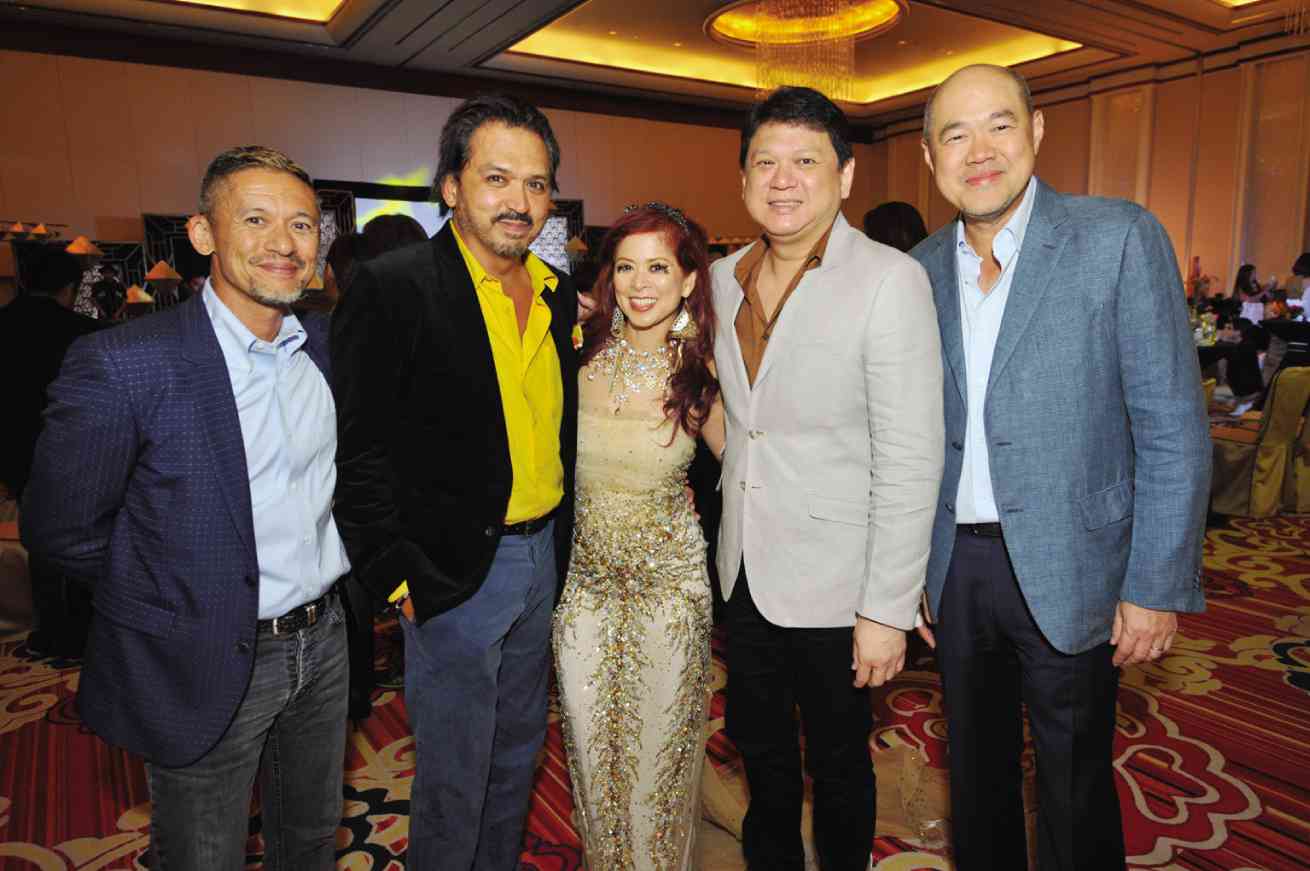 Celebrating the big five-one with feasting and poker

Lady Luck was on my side as I celebrated another exciting birthday this year. Last year was a major milestone, so this one can be called the big five-one.

It’s especially big when Solaire Resort and Casino, one of the gaming powerhouses in the country, graciously hosted a Sea Princess party for me at its grand ballroom.

Solaire just opened a Poker Room where the World Poker Tour is making its first stop in the country, the WPT National Philippines, from Oct. 16 to 28. They are all geared up for the WPT, according to Thomas Arasi, Solaire president and COO, with a full emphasis on luxury, style and comfort.

WPT promoter Mike Kim, a Korean-American who has established himself as one of poker’s most recognized visionaries, brokered the partnership between Solaire and WPT, the most recognizable poker brand on this planet.

With all the poker talk, Solaire PR head Joy Wassmer and I decided to have a charity poker theme for my party. The ballroom was transformed into a Las Vegas lounge by Maureen Castañeda of Beyond Creative. I felt right at home in my stunning gold bling gown by incredible fashion designer Albert Andrada.

Awesome photographer Marty Ilagan had his team ready for the elegant photo setup and viewing of the #DandTLove20 wedding video.

Of course, the wine flowed throughout the evening.

Lucky friends also received beauty products from Nikki and Cristalle, and Aivee Teo and Shelly Lazaro. The Zen Institute gave out beauty packages, most of which were won by the competitive ladies from Girls Run For Breakfast.

Meanwhile, DJ Marxx Monterola mixed sizzling, intoxicating music to get the dance vibe going. I found out that he is known as the XX Factor and graduated at the Bounce Electronic and DJ School. Who knew DJing is a college course these days?

The final winner took home overnight accommodations at Solaire and a weekend stay at Discovery Shores in Boracay. We raised a total of P93,000—all of which went to the Solaire Cares Foundation. As I always say, it’s all good when charity is involved. Kudos to Solaire and the WPT!

Solaire recently unveiled a partnership with AirAsia for a breakthrough branding project in the country. Solaire’s logo is now on an AirAsia Airbus 320 that embarked on its maiden flight last month. The aircraft unveiling was attended by Solaire director Donato Almeda and AirAsia Philippines CEO Maan Hontiveros.

The logo wrap campaign aims to promote tourism in the country and in all the destinations of AirAsia. Solaire VP for brand and marketing Jasper Evangelista said it’s a marketing tool in line with Solaire’s “Create Your Moments” campaign. I guess they want to take their brand to greater heights, pun intended.

The innovative, integrated resort is on a roll, set to stage “Chicago,” the West End and Broadway musical, from Dec. 2 to 21 at the soon-to-open Theatre at Solaire.

Winner of six Tony Awards, two Olivier Awards and a Grammy, “Chicago” will be showing here for a limited season only (www.ChicagoTheMusical.com).

The production features an all-star American cast, and the timeless story of deception and cunning seems so apropos for our current political climate.

There’s no doubt this musical will have Manila abuzz.

James Cundall, CEO of Lunchbox Theatrical Productions, said he’s delighted to bring this clever, sophisticated and sexy show to Manila. “Chicago” is the longest-running American musical in Broadway history and is brought to Manila by Lunchbox, David Atkins Enterprises and Concertus Manila, with special thanks to OOCL, and presented by Visa and Smart Infinity. Tickets available at TicketWorld (tel. 8919999 or www.ticketworld.com.ph).

Let me shift gears and congratulate my high school alma mater, the Assumption, for its successful One Assumption Golf Tournament at Sta. Elena Golf Club last week. The fun event attracted many male golfers, mostly married to the Assumptionista golfers.

For the first time, the Ladies Champions were all from Assumption. Class A honors went to my sister, Sandy Romualdez and Class B to Malu Gamboa. I was amazed that I won Class C, thanks to a miraculous birdie on the hardest hole where I sculled a ball through the water, across the green and straight into the cup.

All the players went home with loot bag goodies from RFM, Gardenia Bread, Kettle Korn and Selecta Magnum. Proceeds of the golf tournament went to the ongoing housing project of Assumption Cares in Samar.

Our Assumption HS ’81 Foundation also turned over my hubby Dennis’ and my donation to complete 20 homes as part of our charitable efforts during our 20th wedding anniversary last June.

Let me end with a special greeting to our two sons, Tyrone Valdes and Bryan Prieto, who just celebrated their birthdays, as well as a favorite aunt, Cory Alindogan, who celebrates hers today.