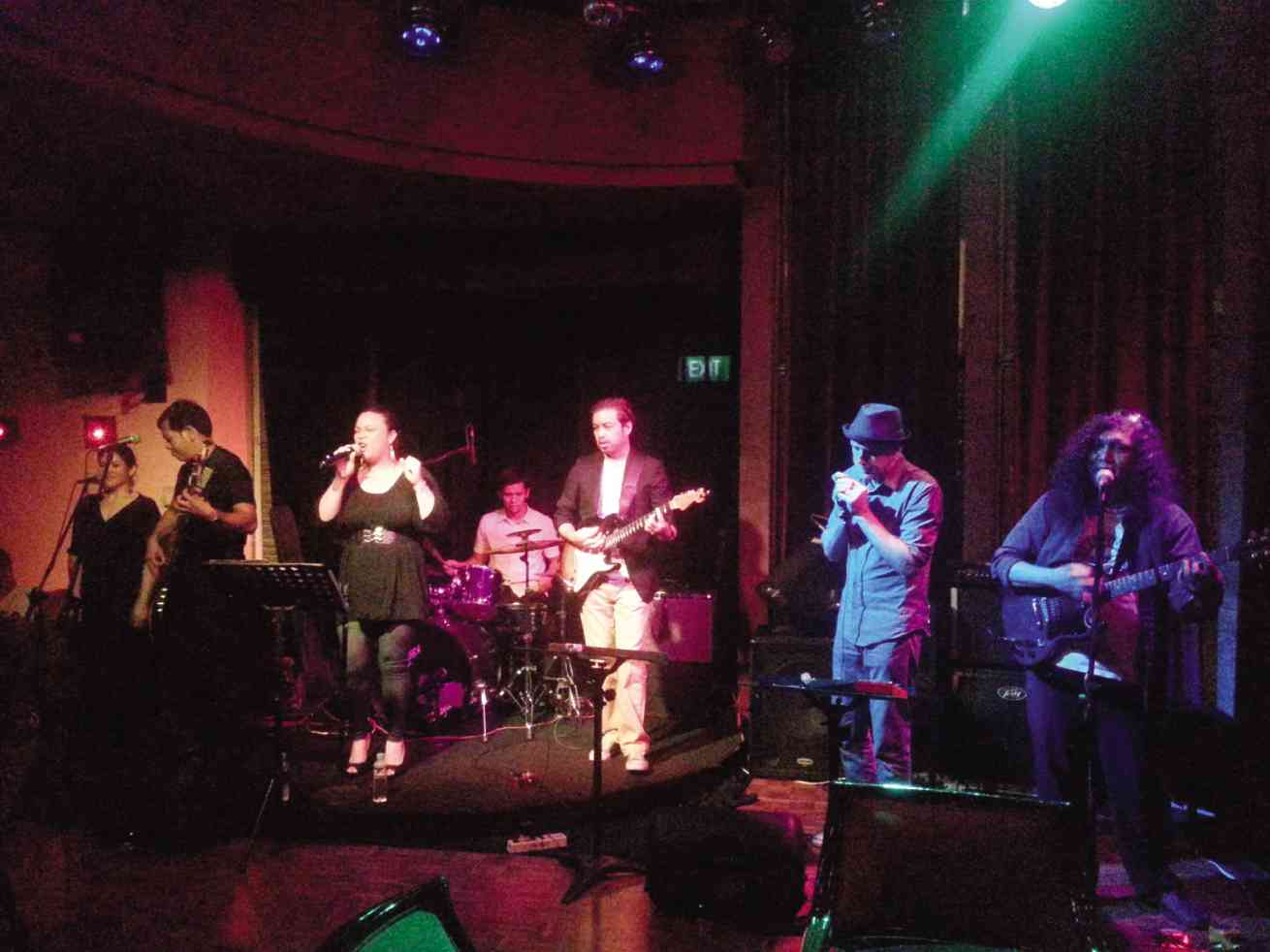 We, too, are happy with this development.

The last time we talked with Blue Rats members was in July; bassist Johnny Besa had told us then that the band’s regular gig at Martinis Bar in Mandarin Oriental Manila had to end due to the hotel’s closing.

But on a recent visit to Strumm’s, guitarist Kedy Sanchez, who was playing with Working Stiff that night, a Tuesday, informed us with a smile that we should come back the following day because Strumm’s owner Mari Lagdameo has given the Blue Rats the Wednesday slot.

The nice thing about it is that the food and drinks at Strumm’s are reasonably priced. Our favorites, tuna sashimi and salpicao, both cost P260; and though San Miguel Pale Pilsen is P114 net, it’s still cheaper compared to hotel prices.

That would give us a longer time to enjoy the blues, in all its permutations, courtesy of the Blue Rats. Maybe guitarist/co-founder Andy Locsin should invite original bassist Apa Ongpin and other “retired” alumni to jam once in a while.

As far as food and drinks go on any given night, there are two places in Quezon City that we highly recommend:

King Chef (987989 Banawe St. Barangay Manresa; tel.  3527534, 4104919), a restaurant specializing in Cantonese cuisine, is one of dozens of other Chinese dining places that line Banawe Street. We haven’t tried the others, but our first time at King Chef sometime ago had such a lasting impression that we were back recently.

The wide-ranging menu can be confusing; we thought it best to order one familiar dish, the addicting chicken with honey sauce, plus new ones that struck our fancy: fried prawn dumpling, XO siomai, lo han chai and baked seafood in taro sauce, washed down with beer.

We couldn’t finish the seafood due to the thickness of the taro sauce, but all in all it was a great experience. The bill was low at P1,800 considering we added asado siopao and pork siomai for takeout.

This particular branch is open till 2 a.m. (Mondays to Thursdays) and 3 a.m. (Fridays and Saturdays).

Some gigs worth checking out this week:

R&B/soul: Boyz II Men is back in Manila with a concert on Sept. 17 at Smart Araneta Coliseum. Our only concern is whether the acclaimed vocal group will perform with a live band or merely sing minus-one—although if you look at this page’s Boyz II Men photo (taken from a guest appearance on “Jimmy Kimmel Live”), Shawn Stockman and Nathan Morris are playing guitars while Wanya Morris handles lead vocals. In any case, what’s certain is that the trio’s Filipino fans are legion—one of them South Border’s Jay Durias who always does note-for-note covers of Boyz II Men at his band’s club gigs.
Call 9115555.

The world knows that next month is Oktoberfest, the German beer festival that is also celebrated in the Philippines.

If you fancy tradition, like how it’s done in the German state of Bavaria where Oktoberfest is said to have originated, go to Sofitel Philippine Plaza Manila’s Harbor Garden Tent on Oct. 17 and 18; the original Hofbräuhaus band from Munich is performing, along with female yodeler Lissie.

We went to the launch last Wednesday and sampled some of the food to be served at the event—roast pork with beer gravy, smoked pork belly, boiled brisket with Sauerkraut, all tasty and with draft SMB Pale Pilsen on a mug, though everybody was encouraged to drink it in a huge pint glass.