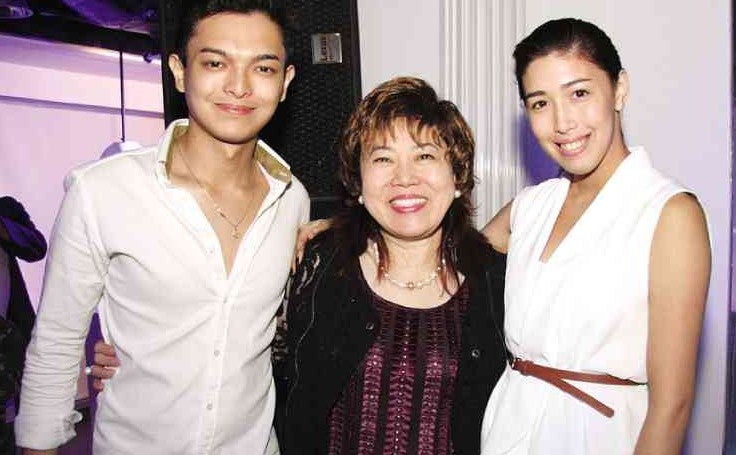 Some things remain constant, dahlings, notwithstanding climate change and fickle fashion. A good pair of sneakers, for instance, could make your day.

Nothing, not even snail’s pace traffic on Edsa on a rainy afternoon, could stop invited guests from attending the recent Converse Fall 2014 press preview at the Converse Trade Hall in Ortigas Center, Pasig City.

The new collection includes a number of exciting models from the All-Star, Cons Sneaker and Apparel, and Jack Purcell lines.

Everyone, palangga, forgot about the hassle of traveling to the event with the cool sounds and great-looking shoes on display.

Some of the celebs we spotted were Bodie Cruz, Christian Vasquez, Thea Tolentino, Hiro Peralta, Ruru Madrid and Frances Cham.

Among the attractions in the new collection was the Converse Chuck Taylor All Star Rubber—which features French terry lining with a rubber upper in rich monochromatic colors. Designed with a gusseted tongue and brass eyelets, it’s water-resistant, built to help protect the wearer on rainy days.

True to its claims, the Chuck Taylor All Star Rubber was launched while soaked in water.

Speaking of braving the traffic and unpredictable weather, it was also raining when One Vibe PH held a pre-Independence Day party at the SM Mall of Asia open grounds.

Some 5,000 people celebrated the country’s 116th observance of Freedom Day with the spins and mixes of apl.de.ap, Laidback Luke and other renowned DJs.

A conspicuous presence at these two happenings was Vita Coco, the 100-percent pure coconut water drink that has been serving other parties and events as sponsor.

It’s not just a fashion statement, but rather a health-conscious decision, when celebrities rock the dance floor with Vita Coco in hand. Though we know they’re flaunting it as a promotional gesture, it’s not a bad move because coconut promotes well-being through its kidney-cleansing properties.

If it’s good enough for gorgeous couple Sarah Lahbati and Richard Gutierrez, it’s definitely good for you, too, di bala?

Vita Coco has also lent its support to such music acts as Neon Trees, Vance Joy, The 1975 and DJ Steve Aoki who personally enjoy the refreshing coconut water drink.

And remember, Madonna was an ardent believer of coconut water, so much so that she became an investor in Vita Coco four years ago. Need I say more?

From its vibrant store backdrops to its exciting images of men, women and children and their lifestyles, Mexx wants shoppers to be inspired by its brand which started in Amsterdam as a supplier for department and wholesale stores in the Netherlands.

It was first known for creating the Moustache and Emmanuelle fashion lines for men and women, respectively. Later, the Dutch label decided to merge the two into Mexx (“M” for Moustache, “E” for Emmanuelle and XX, the universal abbreviation for “Kiss Kiss”).

At present, Mexx has over 800 stores in 55 countries around the globe.

Co-presented by Philippine Tatler with Rockwell and Jaguar as major partners, the auction runs until Sept. 19 at the Proscenium Lounge, Kirov Model Unit, Rockwell. The auction on Sept. 20 and 21 will be at Rockwell Tent.