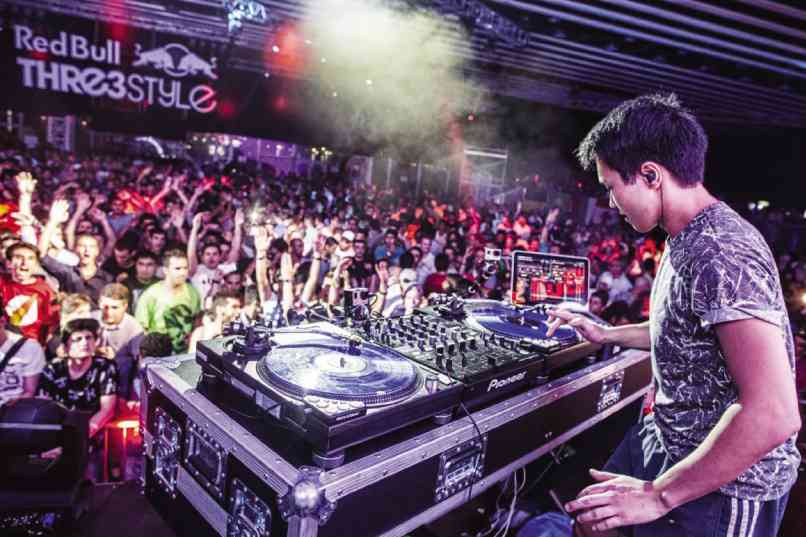 COMPETING in the DJ championships

Carlo Atendido, the first Filipino and the only Asian representative in this year’s Red Bull Thre3style World DJ Championships, placed third after battling five other finalists in Baku, Azerbaijan, recently.

A Management graduate of Ateneo de Manila University, DJ Carlo did a 15-minute set, which he opened with spliced audio from a sneakily recorded judges’ panel; he also played a smooth “Next Episode” body juggle.

“I would practice that (‘Next Episode’ body juggle) routine 100 times a day. I actually had to see a doctor because I practiced too much,” he said in an e-mail interview.

An “open-format” DJ, or one who prefers to give the audience a dose of musical and stylistic variety, DJ Carlo kicked off his historic Thre3style run as early as last June when he won the Philippine qualifiers against 12 of the best up-and-comers in the local DJ scene.

Then he bested champions from Chile, Canada and Norway on the first battles night with his animated and crowd-friendly performance that highlighted technical scratching, body skills, and call-and-response, to land in the finals.

Curiously, DJ Carlo learned the tricks of the trade by mainly scratching and juggling—online. It was not until he won a scholarship for advanced mixing with DJ Mark Nicosia as mentor

at the Looper Beat Academy that he got professional training.

Before his Thre3style third-place finish, the young Carlo was a finalist in various DJ-ing competitions.