Why one must wear sunscreen–even indoors | Inquirer Lifestyle ❮ ❯ 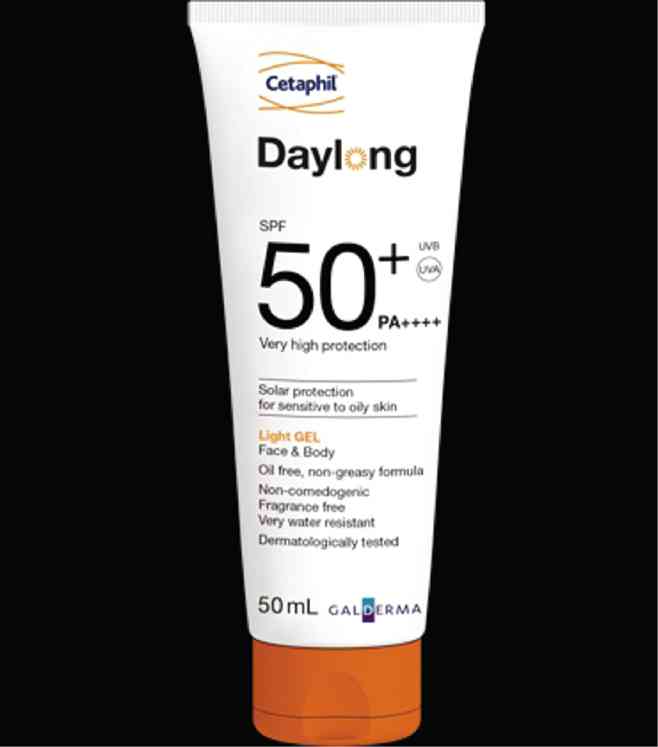 Why one must wear sunscreen–even indoors

No one can spin a terrifying story quite like a dermatologist (they’re better than Stephen King).

A short talk by dermatologist Dr. Liz Casintahan given to the attendees of Galderma’s (of Cetaphil fame) launch of the brand’s Daylong sunscreen left us petrified as she explained the effects of walking around in daylight sans sunscreen.

Despite constant warnings, Casintahan said that there is still a low number of sunscreen users. We take our skin for granted and forget to realize that it is actually the biggest organ of the body, covering over 90 percent of the body’s surface.

The skin’s main function is to protect us from environmental aggressors. Thus we should also double our efforts to keep it protected.

Casintahan explained that while the aging process is caused by factors such as genetics and a general decline in biological function, constant sun exposure hastens the process.

Allowing your skin to bake under the sun will cause overproduction of melanin (the skin’s natural reaction of producing extra pigment to protect you), while the redness we associate with having “rosy skin” is actually inflammation. Frequent exposure can actually permanently dilate the skin’s blood vessels, which explains why those who spend so much time under the sun are always red-faced.

She added that it’s time to change the mindset that “tans are glamorous,” because there has been an increase in sun-related skin conditions like skin cancer, which is fatal when left untreated.

However, she said that even people who spend their time largely indoors are still not safe. The sun contains UVA rays which cause wrinkles and photo aging, directly targeting the skin’s elastin and collagen fibers.

The worst part? These particular rays have longer wavelengths which cannot be filtered by glass.

Do you spend most of your time in front of a computer?

According to Casintahan, computers and TV contain infrared radiation whose heat can cause skin damage similar to sun exposure. Like we said, dermatologists are masters at telling horror stories.

The solution is simple, said Casintahan. “Sunscreen is the cheapest way to have healthy skin; it’s the most cost-effective form of skin therapy.

She suggests looking for new formulas produced by good scientific laboratory work. The broad spectrum formula must protect one against UVA and UVB rays.

Galderma’s Daylong sunscreen is a lightweight gel-type formula with SPF 50. Daylong is manufactured using Swiss technology and was developed for oily and sensitive skin—the fragrance-free formula also has a version for babies and children.

Because it was developed in Switzerland, it was made to have extra protection against sun and snow (snow’s reflective properties makes the sun’s damaging effects more intense).

Daylong was also formulated to be resistant to freshwater and saltwater, making it ideal for the beach. It also protects skin at cellular level, preventing the sun’s harmful rays from altering one’s DNA.

Filmmaker and photographer Thomas Leveritt recently created a video showing various people’s skin under a UV light, where the light showed the skin imperfections underneath their faces; these spots and blemishes were usually caused by prolonged exposure to the sun.

Leveritt then asked the subjects to apply sunscreen on their faces and everyone was stunned to see how applying sunscreen coated the face with a very opaque, almost black protective layer that seemed impenetrable.

The video went viral, and all it takes is one viewing to turn even the staunchest sunscreen skeptics into believers.

Daylong is available at Watson’s. Know more at www.daylong.ph.