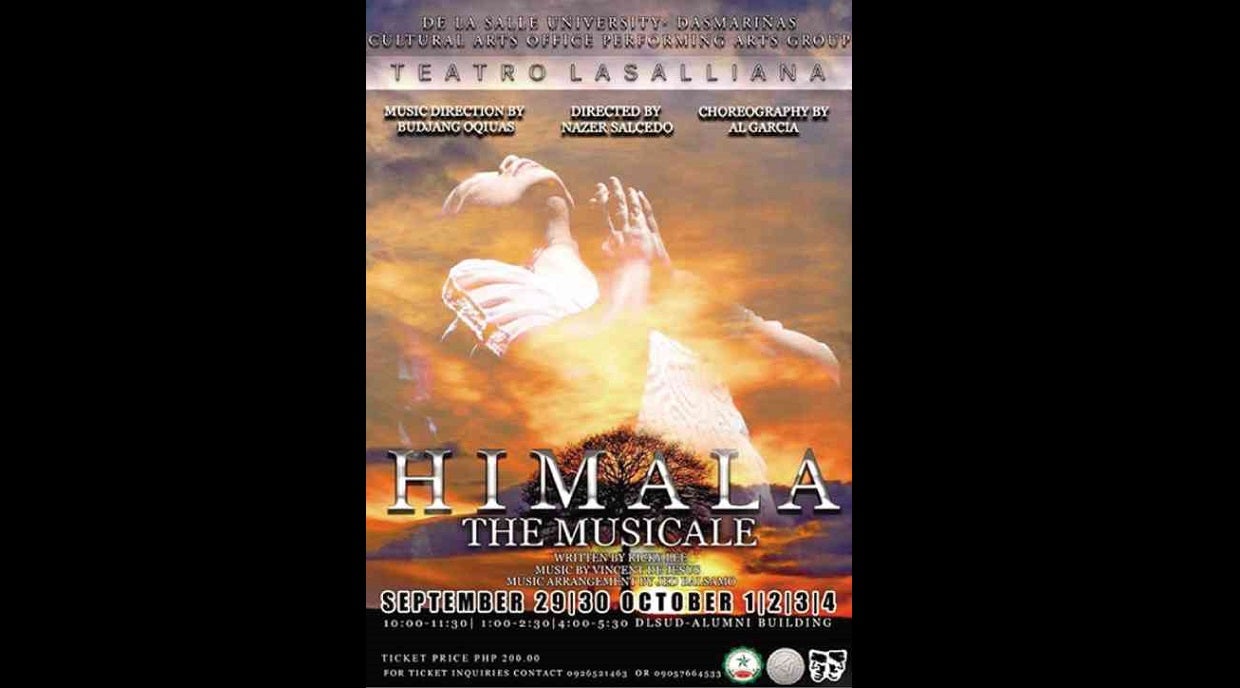 At De La Salle Dasmariñas, a streamlined ‘Himala, The Musicale’ 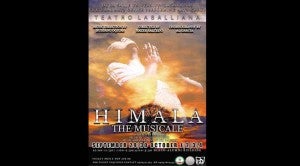 Having first staged “Himala, The Musicale” in 2010, director Nazer Salcedo is no stranger to its unique requirements.

As artistic director of Teatro Lasalliana, he has decided to restage a shorter version of the musical to mark the 25th anniversary of the De La Salle University Dasmariñas (DLSUD) theater group.

“‘Himala, the Musicale’ is special to me,” says Salcedo. “For one, I’m so in love with its music. Besides, how can you go wrong with it? It’s a classic. Almost everybody knows it.”

Based on the celebrated film directed by National Artist Ishmael Bernal that starred Nora Aunor as the Marian visionary Elsa, the musical is also written by Ricky Lee, with music by Vincent de Jesus.

Salcedo, 38, had wanted to tap Mae Bayot, who first played Elsa in the musical’s 2003 debut. But Bayot begged off due to previous commitments. Instead, he ended up casting good friend Mayen Estañero.

“Elsa is such an emotionally and vocally demanding role,” he says. “I need a good actress with a strong, clear voice. I’m so lucky Mayen said yes. It will be her first time to play Elsa.”

Salcedo first staged “Himala, the Musicale” at the DLSUD gymnasium with a different set of collaborators. This time, he’s working with young choreographer Al Garcia and musical director Budjang Oquias.

Instead of resorting to canned music, Salcedo has tapped Oquias to play the piano live.

“It’s in keeping with how De Jesus originally envisioned the musical by using a single grand piano,” he says.

For his part, Garcia, 23, drew purely from the musical’s lyrics and music. He has nothing to compare his work with because he wasn’t able to see both film and musical versions of “Himala.”

“Because I also act in plays, the choreography would be more emotion-driven,” says the Dulaang UP regular. “I’m also tapping into my background in folk and contemporary dance.”

One of Salcedo’s biggest challenges, apart from finding the right cast, was how to cut the musical’s original two-and-a-half-hour running time by one hour without sacrificing clarity and mangling Lee’s masterpiece.

It was necessary, lest Salcedo again see his audience, composed mostly of DLSUD students, leave before the end of a performance. (Teatro Lasalliana is also marketing the production to nearby communities and schools.)

“It wasn’t that they found the musical boring,” says Salcedo. “They told me that they couldn’t finish the entire show because their vacant period was almost over. They had to rush to their next classes.”

Since a typical subject at DLSUD lasts for one-and-a-half hours, Salcedo had to produce a musical with the same running time. To do that, he had to drop certain scenes in favor of more important ones.

“I retained highlights, which I felt were integral to the musical,” he says. “At the same time I added texts from a book on ‘Himala’ also written by Ricky Lee. I didn’t include anything that he didn’t write.”

Salcedo felt he needed to add Lee’s texts to bridge retained scenes and, in the absence of certain scenes, make the entire musical clearer for the audience.

But Estañero and other principal actors will still get to perform such highlights that people have come to expect from “Himala, The Musicale,” including Elsa with the crowd, her rape scene and transformation, and the dance of the prostitutes.

His cast is a good mix of professional actors and students. Aside from Estañero, the musical is topbilled by seasoned theater actors Al Gatmaitan, Jennifer Salamah and Aileen Torres.

Joining them are DLSUD students such as Camille Austria, Christian Ocampo, Jomar de Jesus, Ley Giron, Charlotte Gonzales and Katrina Fornoles, among others.

“Sixty-six people are involved in this musical, including the chorus and production staff,” says Fornoles, president of Teatro Lasalliana and a graduating hotel and restaurant management student.

As the prostitute Nimia, Fornoles will get to sing and dance in a spot number (she will alternate with Torres and Austria for the role). Giron, a psychology student, and Gonzales will alternate in the pivotal role of Chayong, Elsa’s ill-fated best friend.

“Since it’s a live show, anything can happen despite all the preparations,” says Salcedo. “I always have many fears, but I try not to entertain them anymore.”