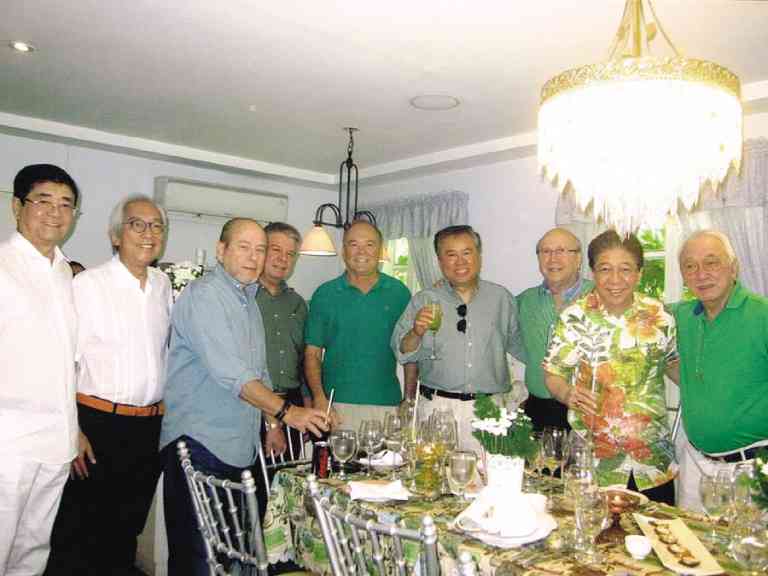 A wife’s unique plan for her husband’s 70th birthday

Here is a wife’s unique way of celebrating her husband’s 70th birthday.

Lino Palenzuela had a series of seven surprise celebrations planned and organized by his wife of four years Toni Villaraza (formerly Gregory).

Instead of one big event, Toni felt that it would be far more meaningful if the celebrations involved intimate and personalized surprises.

After months of research and online communications, she was able to find and connect with his best friend from the time he was working in New York, his ex-employer of over 25 years who became like family to him during most of his life in the US.

A former La Salle classmate, now a successful oncologist in New Jersey, and his wife bought the Palenzuela couple their tickets to a Beatles concert by the UK band Rain who was performing coincidentally during the Palenzuelas’ holiday in the US.

An invitation from Ambassador to the US Jose Cuisia and his wife Vicky, both friends of the couple, led to a memorable stay in the embassy residence where Lea Salonga and her family were also houseguests.

On his birthday itself, a special dinner was held at the exclusive Inn at Little Washington, with the Cuisias and his New York friend Eddie del Rosario.

This was followed by a surprise visit by Lino’s sister-in-law who flew from Manila to join Lino and Toni in Virginia in the home of Lino’s sister Dee and Luis Santisteban.

Totally overwhelmed, he did not suspect that this series of celebrations would be capped by a surprise lunch with his former La Salle classmates with whom he reconnected after he decided to resettle in Manila after 40 years in the US.

This finale turned out to be how Lino had wanted it to be.

So partners and spouses, spare yourself from a lot of unnecessary expense. Find out and do what your better half will consider as meaningful and memorable, like Toni did.